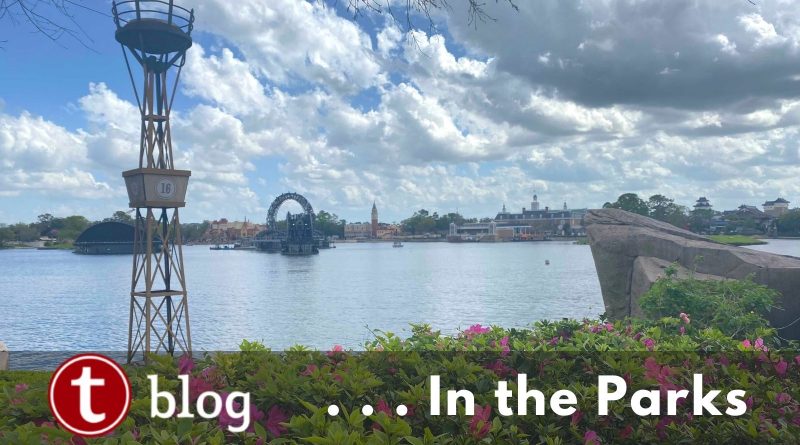 A few days ago a new massive ring appeared in World Showcase Lagoon, and the world of theme park social media was in an uproar. Change is never easy. But was the massive outcry warranted? After seeing many photos of the Harmonious barges that were zoomed in and positioned certain ways I figured some photos from multiple angles might illustrate just how distracting these barges are (or not) to the overall aesthetic of World Showcase.

As I walked around World Showcase I felt a roller coaster of opinions toward the barges. The large ring in particular is drawing lots of attention. From the concept art is appears this ring will produce a water screen with premium lighting effects to showcase moments from Disney movies and other scenes. This ring is the tallest structure on the lagoon, hopefully nothing taller will appear.

The World Showcase Lagoon is so large that there is still plenty of real estate that is not taken up by the multiple barges. Much like the IllumiNations fireworks barges before it, the staging for Harmonious takes up the front portion of the lagoon only.

Lots of folks are up in arms over the fact that the barges are visible all day. The signage around the Lagoon, and announcements from Disney, indicate that during the day there will be fountain displays. Other nighttime spectaculars that take places on the water, using water features, generally have involved the platforms to be submerged during most of the day. Certainly this is preferred for a clean, smooth appearance. The challenge with many such set ups has been maintaining the submerged equipment. It will be interesting to see how pleasant the visual becomes once the daytime fountains are functioning.

Overall, the barges are not as bad as described on social media (shocker, I know), but I can definitely see how their presence is not warmly welcomed. Still, they did not impede on my ability to savor the glory that is World Showcase.

What do you think of these Harmonious barges? Let us know in the comments! 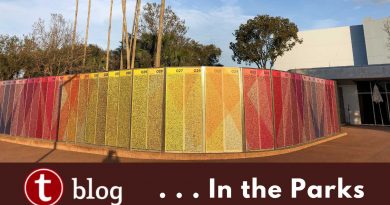 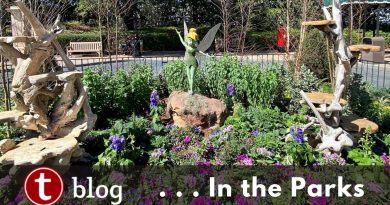 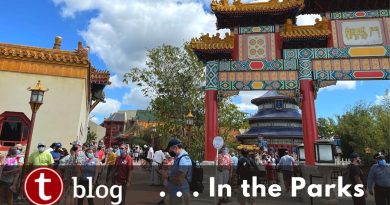 PHOTOS – What’s New at EPCOT Today: The Seas with Nemo and Friends, the EPCOT Experience, and Kakigori

5 thoughts on “PHOTOS – Are the Harmonious Barges at EPCOT Really That Bad?”