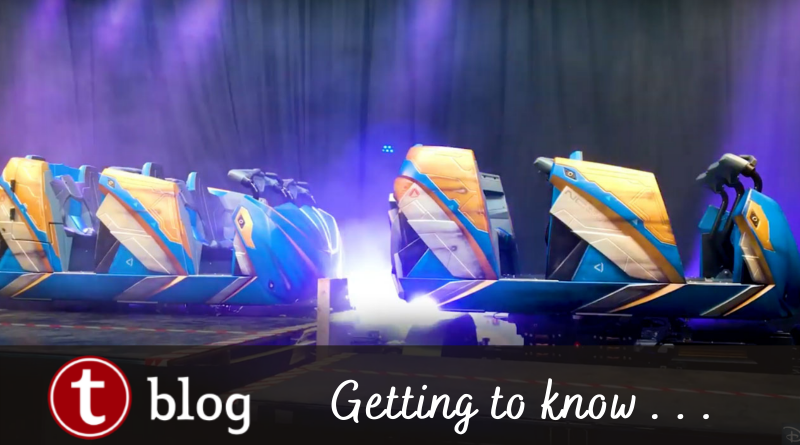 The end of 2020 is in sight, people. In less than a month, we will finally bid this strange year goodbye and ring in 2021 with the hopes of both good news and a return to normalcy. In the spirit of that great big, beautiful tomorrow, I’m taking a look at what’s coming to Walt Disney World in the future, specifically when it comes to new attractions.

When Guardians of the Galaxy: Cosmic Rewind opens to guests, it will unveil a brand new ride system that rotates 360 degrees! Imagineers call it an OmniCoaster ride system as it’s inspired by Disney’s OmniMover system used in the Haunted Mansion and Spaceship Earth but reimagined for a roller coaster.

Disney promises each of the OmniCoaster cabs will move to direct your eyes to the story happening around you, but that’s not all this system can do. Guests aboard Cosmic Rewind can expect this coaster to be a launch coaster in the style of Rock ‘n’ Roller Coaster, but with a twist. Yes, this coaster will offer a REVERSE launch!

4. Described as a Family-Friendly “Storytelling” Coaster

Even though this is a coaster that rotates and launches in reverse, Disney describes Guardians of the Galaxy: Cosmic Rewind as a family-friendly coaster. How exactly they will balance the system’s revolutionary movements in a way that’s suitable for the family remains to be seen.

Disney has also described this upcoming attraction as a “storytelling coaster.” Guests will begin their experience at an exhibition comparing the Earth’s galaxy and Xandar known as the “Galaxarium.” After being invited to check out more about Xandar, the Guardians show up and, well, things get interesting.

Throughout the ride, the rotating OmniCoaster will act as a storytelling device turning and moving to position guests to view the story happening around them.

3. Expect a Guardians of the Galaxy Soundtrack 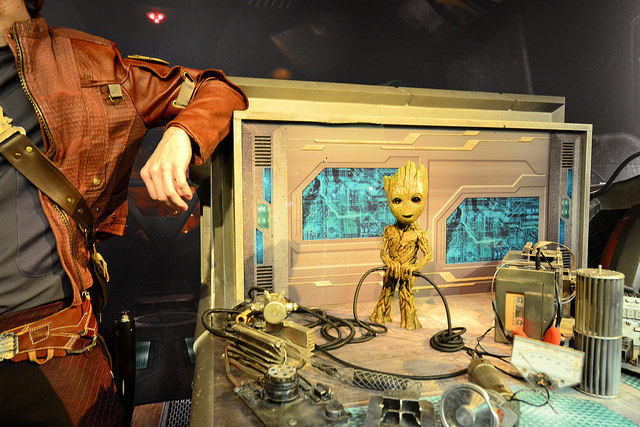 Guardians of the Galaxy is known for its classic rock soundtrack that’s carefully selected and woven into the plot of its films.

It simply wouldn’t be a Guardians of the Galaxy attraction without Peter Quill’s treasured playlists which guests can expect to hear aboard Cosmic Rewind in the style of Rock ‘n’ Roller Coaster.

2. Not the First Guardians of the Galaxy Disney Park Appearance

Speaking of which, the Guardians, as well as musicians from Xandar, began performing EPCOT in 2018 with Guardians of the Galaxy – Awesome Mix Live! at the American Gardens Theater at the American Adventure pavilion. The show was a hit with guests and featured songs from the Guardians of the Galaxy’s retro soundtrack soon to become part of EPCOT’s soundtrack upon the ride’s opening.

When Guardians of the Galaxy: Cosmic Rewind is complete, it will be an indoor coaster joining the ranks of the Magic Kingdom’s Space Mountain and Rock ‘n’ Roller Coaster at Disney’s Hollywood Studios. But not only that, Cosmic Rewind will be one of the world’s longest enclosed roller coasters! 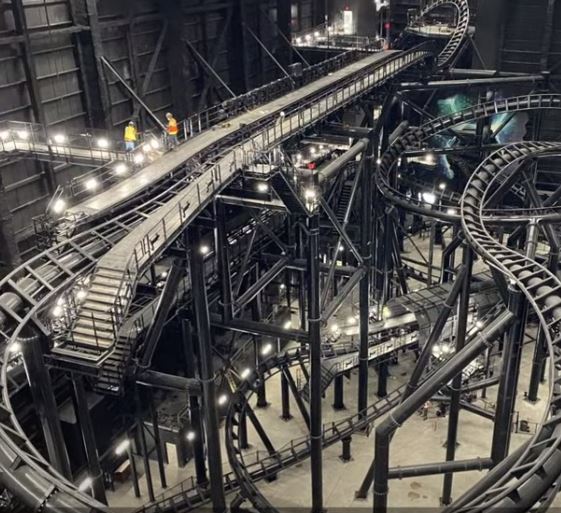 In fact, according to Disney, the enormous building housing the coaster is so massive that the volume of four Spaceship Earth attractions could fit inside it.

When are you planning to visit Walt Disney World? Is Guardians of the Galaxy: Cosmic Rewind on your to-do list? Let us know in the comments!

One thought on “5 Things You Should Know About Guardians of the Galaxy: Cosmic Rewind Coming to EPCOT”