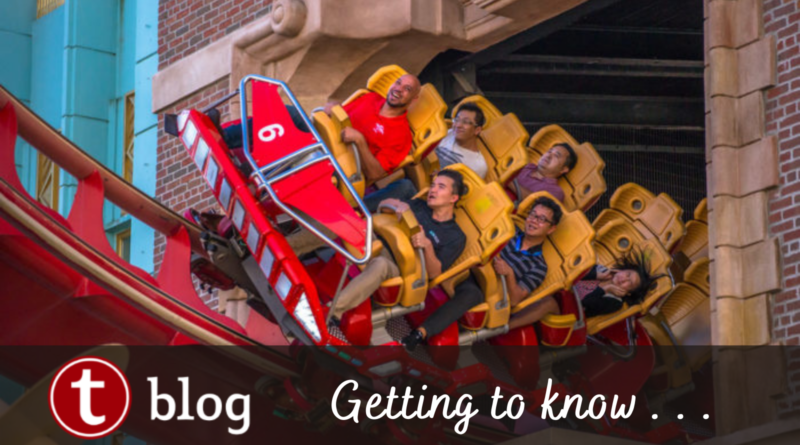 This ain’t a joke, all the latest updates and discounts at Universal are right here. This month’s menu includes Halloween Horror Nights information, attraction reopenings, construction updates around the resort, an Epic Update, and more!

Returning for its 31st year, Halloween Horror Nights will run from September 2nd through October 31, 2022, on select nights. Single-day tickets, VIP guided tours, and behind-the-scenes tours are now available through Touring Plans or online. While it might still be early we are already planning our visit in September!

More information will be released later this year, including event details, hours, and multi-tickets. Stay tuned to Touring Plans for breaking news.

Islands of Adventure walk-through attraction Poseidon’s Fury has reopened after a refurbishment. The attraction closed in August 2020 as part of COVID-19 related cutbacks and remained closed as water pumps were replaced, audio and video equipment upgraded, and the interior and exterior were repainted.

The attraction takes place in a forgotten temple, where our guide mistakenly awakens a dark force that attempts to take over Atlantis. The show combines special effects, fire, projections, and a water vortex tunnel into a fun and campy show. Touring Plans rates the show ★★★ 1/2 stars and include it in our one-day touring plans.

Poseidon’s Fury is open daily in Lost Continent at Islands of Adventure.

Aerial look at the roof replacement of Caro-Seuss-el.

Earlier, this was stripped to I-beams, covered with steel sheets, and then covered with the beige waterproof layer seen. Sculpted sections now being placed, which will likely be covered later with concrete and painted. pic.twitter.com/mZSH8z24BQ

The major refurbishment project on Car-Seuss-el continues as the attraction’s roof has completely been replaced. While the attraction is refreshed, the purple side of the High in The Sky Seuss Trolly Ride is down due to construction.

Universal Orlando has opened a new Quiet Room in Universal Studios Florida, located at the front of the park near the Studio Audience Center. @UniversalORL pic.twitter.com/ExhTdbhvya

Universal has opened a quiet room for neurodivergent guests with sensory issues (such as autism) who need a break from the park. The quiet room is located in Universal Studios Florida at the front of the park. While we applaud the park’s improvements for guests we do suggest they look into a new logo as the image of a puzzle piece for autism is considered outdated and harmful.

Second photo from May 25, 2017 opening day, with the slides ending with a splash in a pool.

Over at Volcano Bay, the Kala & Tai Nui Serpentine slides have reopened after a short unannounced refurbishment. These body slides start with a trap door drop into water slide tubes that wind through the volcano. Changes were made to the end of the slide where the pool was converted into a splash-down. At this time no changes to the slide weight requirement have been made.

2025 and Epic Universe will be here in the blink of the eye. This week we are peaking at more construction and a detailed look at the How to Train Your Dragon land.

Aerial look at where Kirkman Road will be redirected to the extension under construction next to Epic Universe. pic.twitter.com/FpelLSiUFc

Roadwork continues with an extension of Kirkman Road to Epic Universe. This expansion of the road will connect the existing resort to the expansion 2 miles away via bus.

Foundations continue to be poured for Super Nintendo World. Outlines of the Donkey Kong coaster (upper right) are visible along with the first work for the Yoshi attraction (bottom left).

Aerial look at first foundations at what is believed to be the Ministry of Magic section of Epic Universe. pic.twitter.com/2yU9ZadGnA

The Wizarding World land is also starting foundation work with the large Ministry of Magic building. This land is expected to combine the Fantastic Beasts and Harry Potter stories into one.

Aerial look at a portion of How to Train Your Dragon land in Epic Universe. Arrow at the access walkway location, which will be between 2 large lakes. pic.twitter.com/PdwfJeTZXl

Earth-moving for How to Train Your Dragon continues. I believe the land will be a darkhorse contender for the best area in the new park.

Apologies, in my sleep deprived stupor i managed to delete the tweet the other night, so now i have the time recovering I thought id make some tweaks, this layout is taken from documents in public domain, ive tried to make it more realistic to show the grading plans #EpicUniverse pic.twitter.com/npToMzGdeU

Based on some insider knowledge and released wastewater plans we can see how the land will be shaped. The entrance to the land is on the left, where guests will walk into the large lagoon and mountains behind. Inside are three rides – a launched family coaster, a thrilling flat ride, and an interactive water shooting boat ride. At the bottom of the plan is a large show building for a How to Train Your Dragon show that was recently installed in Universal Studios Bejing. Other areas of the land include a ropes course, kids playground, meet and greets, a dining facility, and more.

Epic Universe is expected to open in spring 2025.

Snowstorms got you down? Cold creeping in? No problem! Contact the travel agents at Touring Plans Travel Agency to book a trip somewhere warm! They can book you on a vacation to Universal Orlando, Walt Disney World, Disneyland, Disney Cruise Line, and way way more. Receive your free quote today!