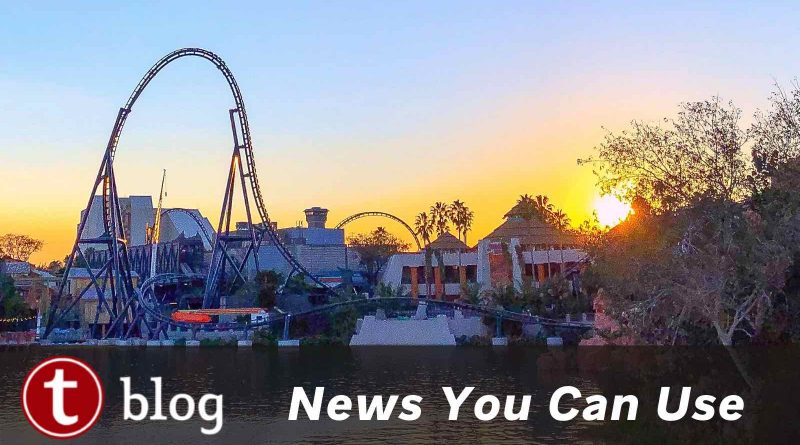 Don’t stop the carnival, Mardi Gras returns to Universal Orlando this week! Plus the latest VelociCoaster construction, new discounts for the military, a popular event moves to Universal, attraction changes, and project updates around the resort!

Sure, there’s no parade or concerts this year, but Mardi Gras 2021 is already shaping up to be a larger-than-life event! Let us check out the progress at Universal Studios Florida.

Some themed tents also being set up in San Francisco for Mardi Gras. @UniversalORL pic.twitter.com/Br6rLMidzD

Is it a Universal festival if there’s no Tribute Store? Exterior construction has started on this year’s store which will include a nautical cemetery, jazz parlor, and illicit waterfront warehouse.

The hype continues to build for Jurassic World VelociCoaster which opens this summer in Islands of Adventure. The Discover Universal Blog posted a fantastic interview with attraction art director Gregory Hall and show director Shelby Honea from Universal Creative. We highly recommend giving it a read, plus the article hints at an opening day announcement coming soon.

(Note: Footage includes filming for post-pandemic use with guests without face masks. Filming was a closed set with COVID-19 testing. Guests must wear face masks at all times on attractions.)

Daytime testing continues as Universal prepares the coaster for guests. Last week Universal filmed B-roll footage and commercials for the new attraction with guests… on the ride!

The ride signage for the Jurassic World VelociCoaster has been installed at the entrance. @UniversalORL pic.twitter.com/hvh6FkcY0f

Eyes in the sky Bioreconstruct is back with updates on construction. Statues appeared at the attraction’s marquee and the waterfront area is receiving its finishing touches. 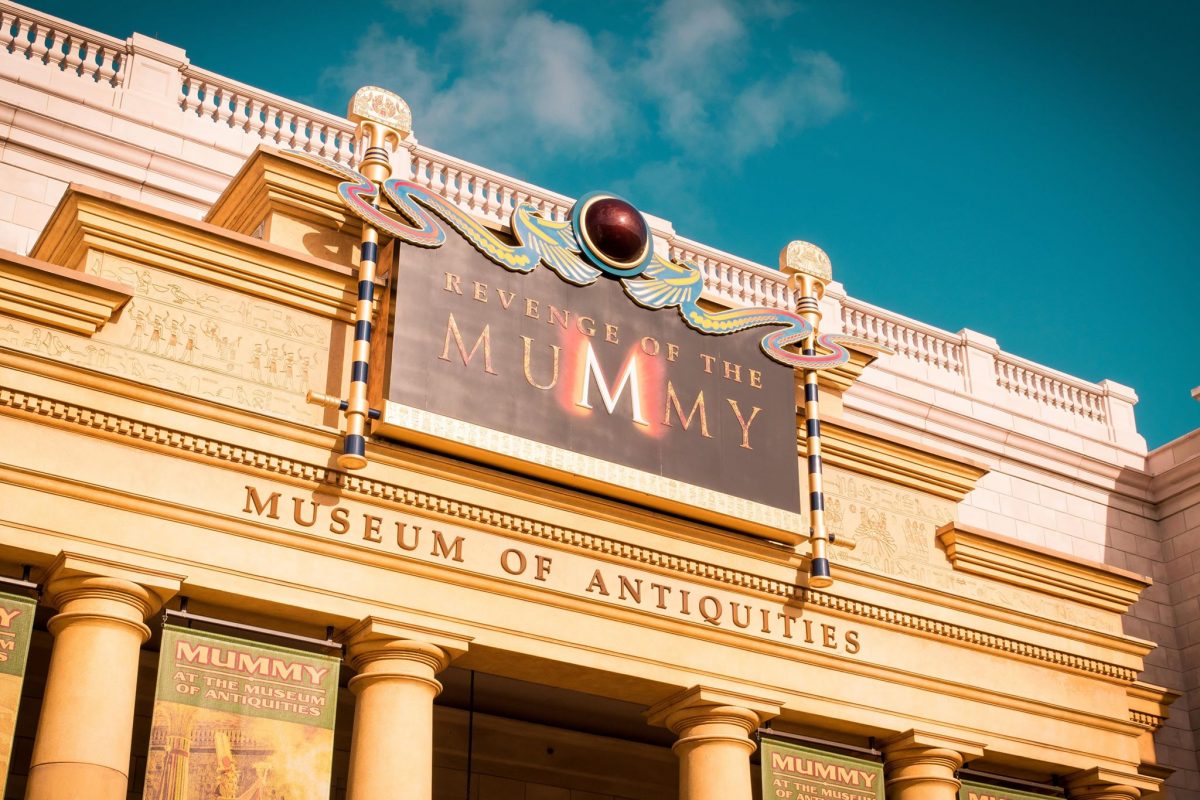 Last week, Revenge of the Mummy at Universal Studios Florida reopened after a brief refurbishment. Some of the updates include improved special effects, new CGI animations, and a refurbished ride system. The whole experience is refreshed and ready to wow again.

Looking forward to finding out more information on what’s coming to the corner spot in CityWalk @UniversalORL pic.twitter.com/SEkF3zZeoO

Slow and steady progress is being made on the new CityWalk establishment. We are still waiting on an official announcement of the project but we expect this to be an expanded Universal Studios Store and open this summer.

Starting in December 2021, Pop Warner National Championships will move from Walt Disney World to Camping World Stadium and Universal Orlando Resort. Every December high school footballers, cheerleaders, and their families come to Orlando to compete for one week. We expect the teams will take over the Cabana Bay and Endless Summer Dockside hotels in December, and that will also affect park attendance.

While this is the end of our run at Universal Orlando, we hope our fans will visit when we safely reopen in Las Vegas, New York, Chicago and Boston. 💙 pic.twitter.com/09Votg0zuu

As covered on Monday, Blue Man Group has officially called curtains at Universal Orlando. The show closed due to COVID-19 and did not reopen with the resort in June 2020. At this time no replacement is announced or expected.

Finally, we have two attraction operation updates. Kang & Kodo’s Twirl ‘n’ Hurl is now open for full-time operations – previously the attraction was closed on weekdays. A Day in the Park with Barney now appears to be permanently closed as all references to the attraction have been removed from the Universal Orlando website.

Universal is also setting aside blocks of rooms at Cabana Bay Beach Resort for 40% off plus additional discounted vacation packages.