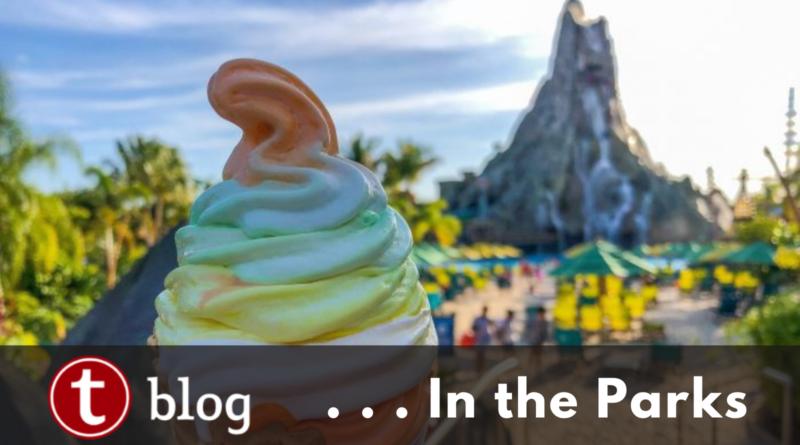 This month we cover the latest Halloween Horror Nights announcements, UOAP days returns, Universal announces new attractions, plus updates on construction around the resort. So grill up a hot dog, open a cold beverage, and catch up on all the happenings at Universal Orlando.

It will be double trouble as two new haunted houses were announced for this year’s Halloween Horror Nights.

First up is Halloween, a totally new haunted house based on the 1978 classic horror movie. Step into the movie and cross into Haddonfield, Illinois where Michael Myers is out on his murder spree. Guests will be stalked by this massive killer throughout the house as we relive iconic moments from the movies.

Our double feature for the evening is The Horrors of Blumhouse, featuring two spine-tingling movies from the horror house. Freaky tells the tale of a switcheroo between a teenager and serial killer (get it, like Freaky Friday) and her quest to reclaim her body. Black Phone tells the tale of The Grabber, a serial killer who abducts kids and places them in his basement. Join his latest victim as we find our escape. 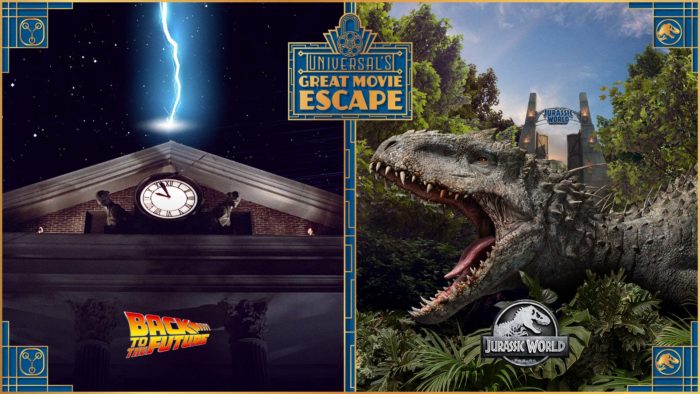 Get ready to escape some classic films in Universal’s Great Movie Escape. Located in CityWalk near Antojitos, these new escape room attraction features challenges based on the Back to the Future and Jurassic World films. While details have not been announced, we are expecting pricing around $40-60 per person with the experience lasting around an hour. Universal’s Great Movie Escape opens this fall.

Are you sad that Disney’s Polynesian Luau has closed? Universal has your back, the Wantilan Luau at Loew’s Royal Pacific Resort has reopened after the COVID-19 shutdowns. Offered every Saturday, tickets start at $89 per adult and $39 per child (plus tax) and include food and entertainment. Tickets are purchased online only. Registration opens at 5:30 pm and seating starts at 6:00 pm.

Construction is flying at the future site of Universal’s Epic Universe. The new park will feature worlds based on Nintendo, Universal’s classic film monsters, Harry Potter, and How to Train Your Dragon. Additionally, three hotels are planned around the new park – two value resorts and one premier resort.

In the center of the park is a celestial-themed hub. Here you will find several shops, restaurants, and attractions that lead to the other themed lands. The “outer space” theme is more in line with From the Earth to the Moon than Buck Rodgers or Star Trek.

There will be two attractions in the hub. The first is a family-friendly carousel, the second a high-intensity dueling roller coaster. At the back of the park is the premier hotel rumored to be named Grand Helios Hotel.

Aerial look at construction of an attraction that may be a carousel in Universal's Epic Universe. Pond at left, attraction at wall corner, where concrete forms extend near arrow. Bottom arrow at a yellow waterproof barrier; site prep for upcoming concrete pour. pic.twitter.com/moiXqTT1yr

The hotel in USB is called The Universal Studios Grand Hotel, Beijing's hotel design is roughly similar, but much more boxey. #EpicUniverse is thought to be called Universal's Grand Helios Hotel. Anyway enjoy this pre-construction breakdown, check out the pool, looks amazing: pic.twitter.com/zjiza03dSW

Super Nintendo World is the farthest along of the four lands, with foundations laid and major buildings going up. We also have our first signs of ride installation with the Donky Kong coaster track!

Across the park is Harry Potter, which is rumored to be themed to the Ministry of Magic. Two attractions are rumored in this area – a stage show about magical beasts and a dark ride about defending the Ministry from attack.

Arrow in this aerial at an interesting area of concrete in the Ministry of Magic show building. At Universal's Epic Universe. pic.twitter.com/s0vht8aoMS

Universal’s Classic Monsters land’s major E-Ticket is going up. Similar to Harry Potter and the Forbidden Journey, this dark ride will use Kuka robotic arms to take guests through Frankenstein’s castle.

In foreground of this aerial is steel staged for an attraction in Classic Monsters land in Universal's Epic Universe.

Arrow at a pair of architectural features at a corner of the building. Features to be in guest view. pic.twitter.com/RTYKBzFJil

Backstage work continues too, with warehouses and offices going up. These facilities will support Epic Universe and the rest of Universal Orlando Resort.

All these concrete walls were cast flat nearby, then raised. Crane inside is raising steel for a building floor. pic.twitter.com/dkhC36CGtV