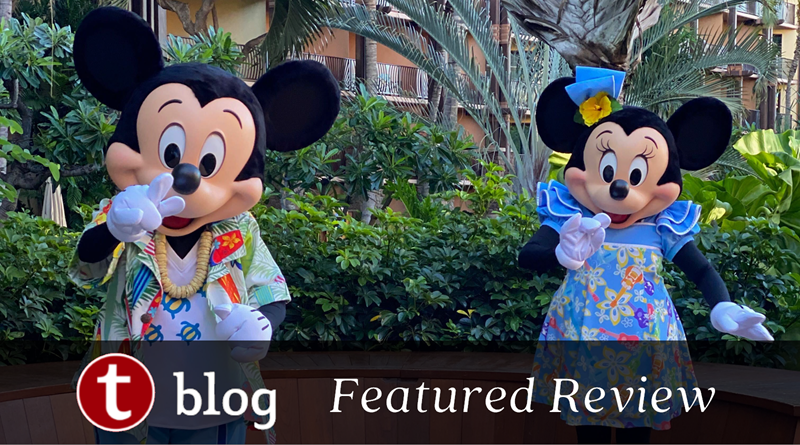 Our intrepid parks reporter, Chrissy, and her family are recently back from a well-deserved trip to Aulani, Disney’s Vacation Resort in Hawaii. Among the many highlights, was the Aulani kids’ club, Aunty’s Beach House, enjoyed by Chrissy’s nine-year-old daughter. 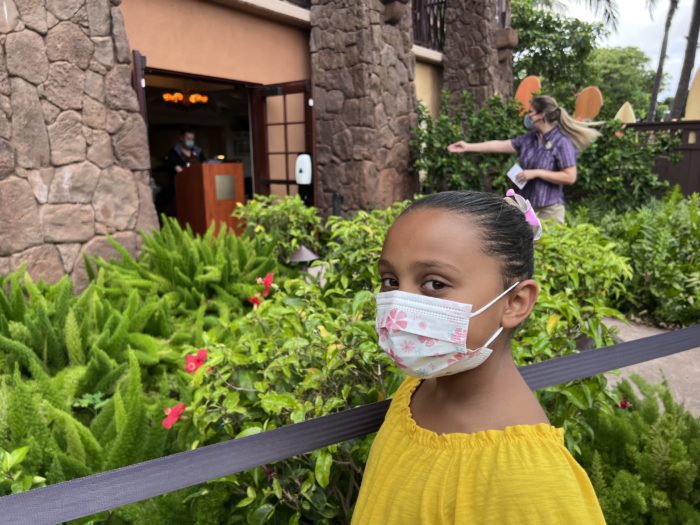 Aunty’s is centrally located at the resort, near the pool complex and ‘Ama ‘Ama restaurant. The club includes more than 5,000 square feet of indoor and outdoor space, which is only accessible via a controlled entry. Aunty’s is open from 8:00 a.m. to 2:00 p.m. every day – with access available for children ages 5 to 12. 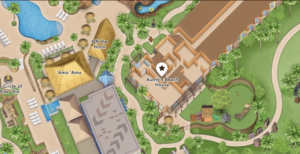 Currently, families may register children for 1.5 hour blocks of standard programming at no charge. This will likely be expanded as pandemic era protocols are removed. Online pre-registration should be completed at least two days prior to arrival at Aulani. Masks are currently required, but this is likely to change as Hawaii loosens its pandemic rules.

During basic visits, kids can watch movies, create Hawaiian arts and crafts, explore the playground, enjoy a visit from a Disney character, or participate in supervised games with other children. 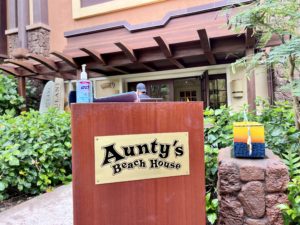 The party included a craft (decorating a mini wooden surf board), a lesson on Hawaiian wildlife with Goofy, surf games with Max (Goofy’s son) and dancing with both Max and Goofy. The party costs $63, plus tax.

This is a drop-off activity, parents won’t be in the room, but don’t worry about missing your child’s magic moments with the characters. There will be a PhotoPass photographer on hand to capture the interaction and the photos will be available for download at no additional charge. One word of advice, although you’re in Hawaii, the PhotoPass here is part of the DisneyLAND photo app system (not the Disney WORLD system).

In addition to the event fee, kids are also required to have an Aulani-specific MagicBand (you can’t use one from Walt Disney World), which costs $18.00, but can be returned for a refund at the end of your stay. The Band is used to ensure that no child leaves without being checked out of the location by an approved adult – a system similar to the one used at the kids’ clubs on Disney Cruise Line. 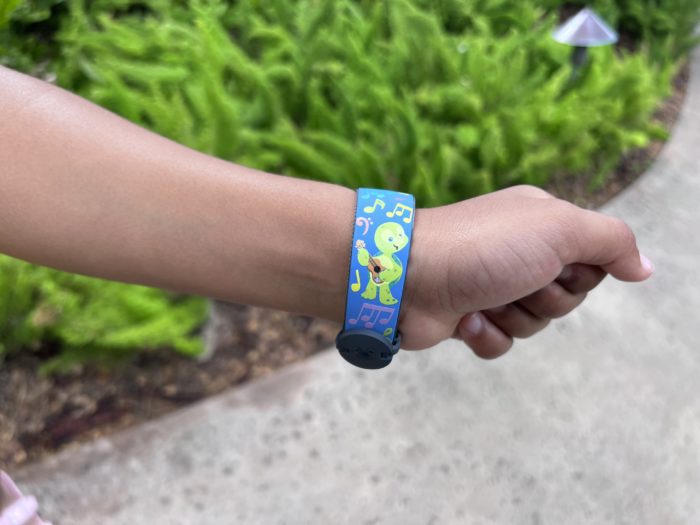 Along with the Band, kids are only released from the club after the adults picking them up are identified by Photo ID AND a mutually agreed upon verbal pass phrase. In other words, your kids are well secured.

So how did our Aunty’s tester enjoy her experience? You can tell by the smile above that she had a great time. Chrissy reports, “She LOVED this experience! She was upset when I came to get her and kept asking if she could go back.”

Ever perceptive, Chrissy’s daughter mentioned several times how nice the staff cast members were with her. She noted that the kids in club were offered a range of activities during free time and the staff was adept at making sure that each child was engaged in a way that made them feel comfortable.

Advance reservations are recommended for Aunty’s – you can book your reservation online. Advance payment is not required – you pay upon arrival. (There are, however, penalty fees for no-shows.) Bonus pro tip: Gratuities are not required, but given how enthused your kids will be, you may want to give a little something extra to the Aunty’s team. If showing your appreciation is important, be aware that they’ve been trained to refuse a tip three times, and only if you keep insisting are they allowed to accept it. You’re gonna want to keep insisting.