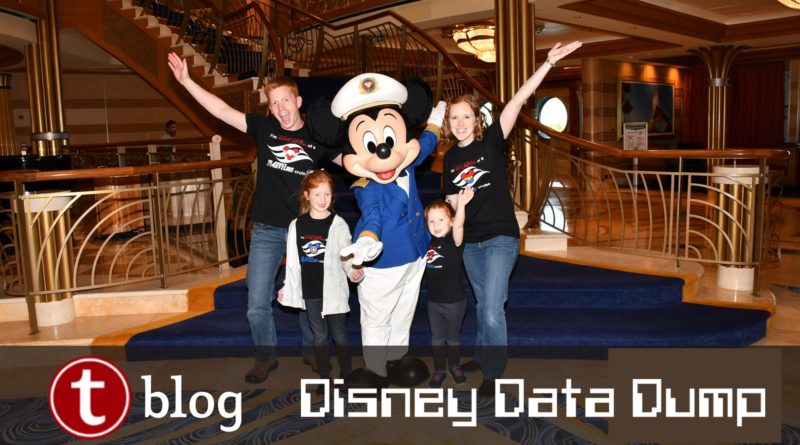 And we’re back! It’s been two whole weeks since you’ve gotten your dose of Disney data, and I know you’ve all been wondering what has been happening in the parks. Did the holiday weekend draw big crowds? Did the last operating day of Splash Mountain impact wait times at Magic Kingdom? Is attraction downtime back up now that the most crowded weeks of the year are behind us? We’ll talk about all of that and more this week.

Phew, things are cooling back off after a really hot start to January. Hooray! We can see that the second week of January stayed on the upper end of moderate. And then during the holiday week, things dropped below the “average” mark for quite a few days. Interestingly, that holiday Monday (1/16) wasn’t crowded even though the rest of the weekend is. In fact, Monday was a more pleasant day than Friday during that holiday weekend. This makes this middle portion of January look like a pretty great time to visit Walt Disney World. Moderate crowds, moderate weather (unless you’re a native Floridian, and 64 degrees is cold). But we need a few more details to paint the full picture.

The park-specific crowd levels from Magic Kingdom and Hollywood Studios shine a little more light on what was happening throughout these previous two weeks. Magic Kingdom is a great example of pretty wild swings in crowds from day to day, with no apparent explanation. The 15th/16th/17th trio looks a lot like a party season pattern, because the 16th was an After Hours event. But the total operating hours for the 16th and the 17th were exactly the same. People on the 16th weren’t getting fewer hours for their ticket price. And we see a similar pattern on the 18th/19th/20th, when there was no special event. We also don’t see the same thing happen on the 23rd, which was another After Hours event.

And at Hollywood Studios, there aren’t as many wild swings. But crowd levels are generally higher here. Even a couple of crowd-level 9 days that wouldn’t “feel” as moderate as the WDW-wide crowd level numbers make things seem.

In the past two weeks, Touring Plans predictions were either spot-on or within 1 crowd level 63% of the time. This is a pretty big drop-off from prediction performance in late December and early January, when crowds were predictably high. 86% of the time Touring Plans were within 2 crowd levels, and that means we earn a B for our predictions this past week. The biggest misses of the two weeks were both at Magic Kingdom. They happened on January 16th and 19th, when Touring Plans overestimated by 5 crowd levels each day! We predicted a 7, and it ended up being a 2.

If we average out all of the capacity lost due to unexpected downtime over the past two weeks, it comes out to 3.4% of attractions unexpectedly being down. This is not a terrible number, which is helpful during crowded times of year. The park with the biggest issues was Magic Kingdom, with 3.8% of capacity its lost due to unexpected downtime. This is slightly up from the week before, but still really not bad compared to what we’ve seen in the past.

The worst day for attraction downtime in the past week was on January 22nd. On that day, 5% of all capacity at WDW was lost due to unexpected downtime. The single worst park-day of the week was on January 21st, at Animal Kingdom. On that day, 9% of the the capacity at that park was lost due to unexpected downtime. Animal Kingdom was open for 11 hours on that day, so 9% downtime is the equivalent of the whole park being down for an hour. Thankfully, it doesn’t seem like this downtime impacted the crowd level at Animal Kingdom, which was expected to be an 6, but ended up being an 5 instead.

The worst offender was the TTA PeopleMover, which was unexpectedly down for approximately 13% of the week. Its worst day was easily January 12th, when it was unavailable for 78% the park day. On January 11th, PeopleMover went down around 7 pm and never really came back up. It then stayed down until almost 8 pm on the 12th.

The first-hour issues in the past two weeks haven’t been as bad as we’ve seen previously. Splash Mountain and Pirates continued to be reliably unreliable. EPCOT looks much better than normal, since pretty much no one should be rope-dropping Journey Into Imagination anyway. Unless they’re getting ride photos with their Figment popcorn bucket. Hollywood Studios is still a little tricky. Rope dropping Rise of the Resistance is still your best bet if you have early entry, just be prepared with a backup plan (looking at you, Slinky Dog Dash).

Attractions with the Highest Average Posted Wait at each park

Looks at those scary averages from two weeks ago! If you were able to postpone your holiday Disney travel to mid-January instead of early January, lucky you. It’s still remarkable that Tower of Terror has the highest average posted wait of any attraction on property. Don’t let anyone tell you that sneaky refurbishment is over.

Oh heyyyyyy new park with the lowest average wait for the first time ever! The end of party season at the Magic Kingdom and the start of the Festival of the Arts (which offers many diversions for folks at that park and draws them away from attraction lines) means that wait times have dropped more at EPCOT than they have at Magic Kingdom. So if you’re looking for a park to enjoy some attractions with lower waits, along with food booth options and other artsy activities, EPCOT is the place for you.

From January 10th through 23rd, actual wait times in the Lines App averaged 66% of what was posted. This is a slight uptick from the previous 3 weeks. So if the posted wait time was 20 minutes, you could’ve expected to wait just over 13 minutes instead.

The Actual Wait Time Rock Star for this past week was mbcollins, who submitted 50 wait times through the Lines App over the last 14 days. This includes 12 Lightning Lane waits, 34 Standby waits, 1 Single Rider wait, and 3 Virtual Queue waits. Thanks for your hard work, mbcollins!

mbcollins must have been motivated by seeing this post and watching last week’s rock star temporarily take their crown. But mbcollins still holds our “all-time” record here, with 41 actual wait times submitted between December 27th and January 2nd.

In the next week, we could especially use standby wait times for the WDW Railroad stations in Magic Kingdom, as well as the newly reopened character meet and greets.

Looking Ahead: January 24th through 30th

Since it takes time to pull data and write a post, you’ll be reading this on the 25th when the 24th is already in the past. But we’re staying as close to real-time as possible.

Throughout the upcoming week, everything should be … pretty normal. We’re expecting moderate crowds that stay relatively steady throughout the week. After Hours events will be held on the 25th at Hollywood Studios, but this shouldn’t particularly impact crowd levels on those days or the surrounding ones.

Otherwise expect crowd levels overall in the 5 or 6 range, and ranging between 4 and 7 at various parks. The one exception might be at Hollywood Studios, which has been somewhat spikey and could continue to surprise us, or have operational issues.