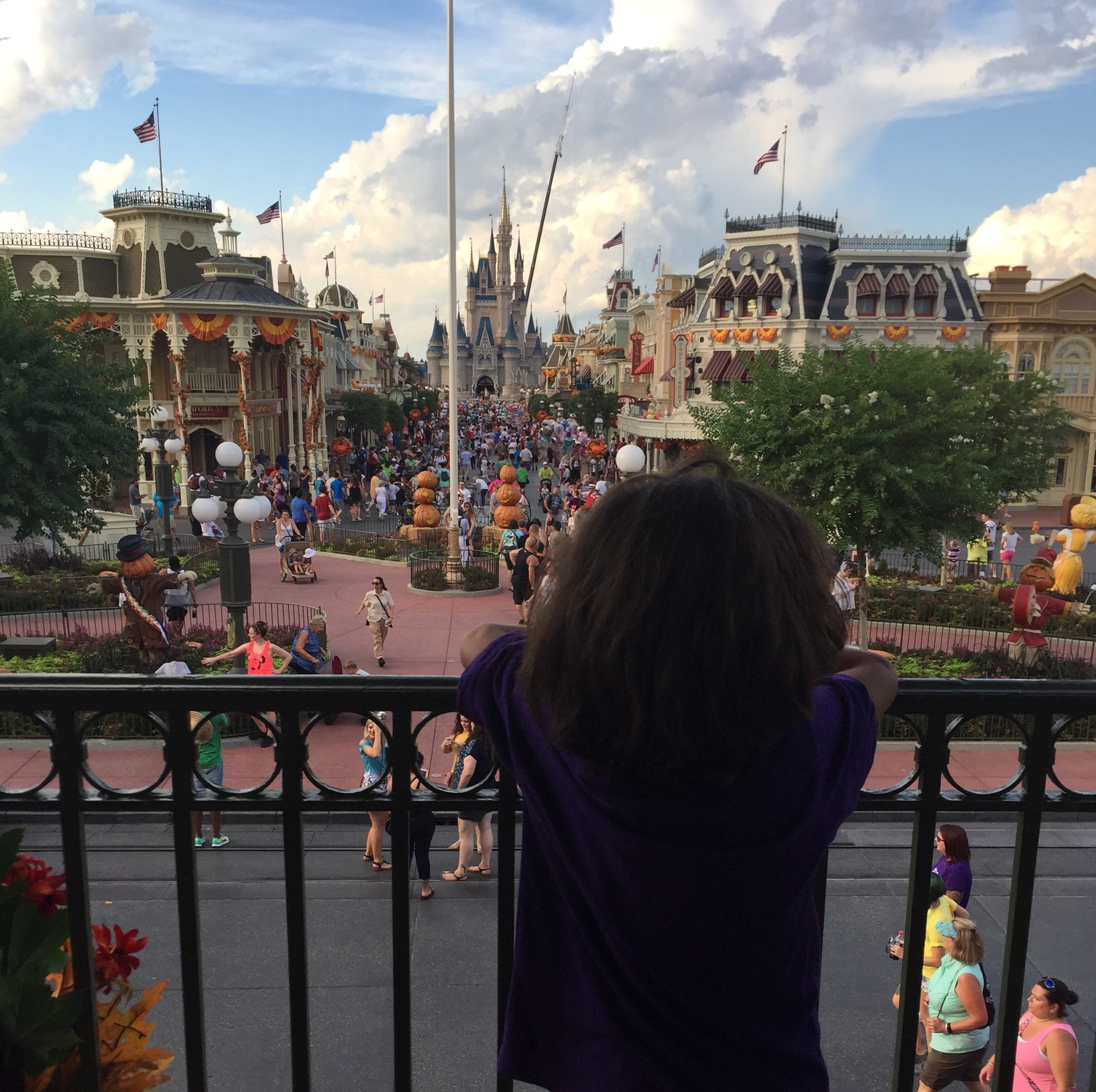 If I may wax philosophically for a second….

The idea of a Best Week Ever is a concept that exists somewhat in isolation. Each week is taken for what it is, not in comparison with those that come before nor held up as a benchmark for those that come afterwards. It isn’t something that you compare with other people–and yet as September rolled to a close, I heard from so many people that September was quite the problematic month. On my end, from layoffs at my day job to my ‘transient” diabetic cat suddenly becoming non-insulin dependent at 3 AM by entering near-fatal hypoglycemic shock (he’s fine now), my ideas of a “Best Week Ever” involved fluffy bunny slippers, a cup of tea, and non-stop Judge Judy reruns for a weekend. In other words, I needed a shot of my personal “comfort food”. Much as I love other parks, when it comes to that fluffy bunny slipper feeling, nothing beats the old favorites at Magic Kingdom. So, Saturday night, we headed over for an evening of R&R, comfort food style.

On our way over, my husband noted that there was a DeLorean behind us. There’s a decent group of DeLorean owners in the area, but when he said “Pull out the camera–you’re not going to believe this…” I knew it had to be a bit unusual. I was able to get one quick snap as it zipped by us. I didn’t see if it was Doc or Marty behind the wheel, though. When we arrived and parked at the Transportation and Ticket Center, we had the choice of Ferry Boat or….well, Ferry Boat it was. Even though the day had been warm, there was a nice breeze with just the hint of fall cool weather hidden in it. Our primary goal was to visit it’s a small world, which is our daughter’s favorite ride at Magic Kingdom, and had been closed for refurbishment. None of us felt too much like walking our way back to Fantasyland, so we took the opportunity to grab the train. Even with the infamous crane proudly on display, the view from up at the train station still is inspiring. We took a few minutes to people watch as we waited on the train. (And once you got onto Main Street proper, there were plenty of people to watch. Even though attendance has been down, Magic Kingdom was pretty packed for the weekend.) We also spent a few minutes wandering around and looking at the various old timey items on display in the train station. Our little engineering gal was particularly impressed by the music machine. Soon, the train pulled into the station, and we were on our way, traveling past a variety of “wild animals” and Native American campsites. It wasn’t too long before we made the stop at Frontierland and then on to Fantasyland. On the train, I made FastPass+ reservations for us, so we’d be able to walk right on when we got there. Seeing a 30 minute wait, I was very glad that I took the time to set that up. The ride itself hasn’t changed much, but it certainly felt more vibrant and clean following its refurbishment. One thing that we noticed is that there seemed to be a lot more kinetic items attached to the ceilings. Every room had a lot more items in motion up high. By far, my favorite room is still the Polynesian room, which I love for its lighting effects. On the way out, my daughter and I got wished “Goodbye”–and once again, my husband was snubbed by the small world gods. While we tried to figure out what we wanted to do next, we decided to grab some dinner at Cosmic Ray’s and listen to the same ol’ comfortable jokes and shtick from our ol’ pal Sonny Eclipse. After dinner, we figured we’d take a swing on the Peoplemover and then head out. The line was a little long, and there was no wait for another attraction nearby…. Ah, the joys of simpler times with root beer, car phones, and laserdiscs. Well, one out of three isn’t bad. With a much shorter line, we headed on up for an evening tour of Tomorrowland. Although I enjoy the Peoplemover at any time, I love it most at night. The lighting, the cool breeze, and the views of the castle–it doesn’t get better than this. I could have easily stayed on the Peoplemover all night, but our daughter was fading fast. We made our way to the front of the park, stopping for an obligatory Castle-at-Night photo. As we headed toward the Ferryboat, the sound of Wishes filled the air. As we headed back across Seven Seas Lagoon, I thought about a sign that I had walked by earlier today. It’s an easy sign to miss, if you’re not looking for it. If you’re not familiar with Randy Pausch in general, take some time to either watch or read The Last Lecture. One of his other quotes really sticks in my mind right about now.

We cannot change the cards we are dealt, just how we play the hand.

This week had all the makings of Not-A-Best-Week-Ever Week. Other weeks in the future could be equally challenging on a personal level and beyond. But we took what we had, a few hours of quality family time, and had some good ol’-fashioned comfort food time in the Magic Kingdom.

And if that doesn’t work, maybe Doc will let me borrow that DeLorean… to go back…to the Best Week Ever!