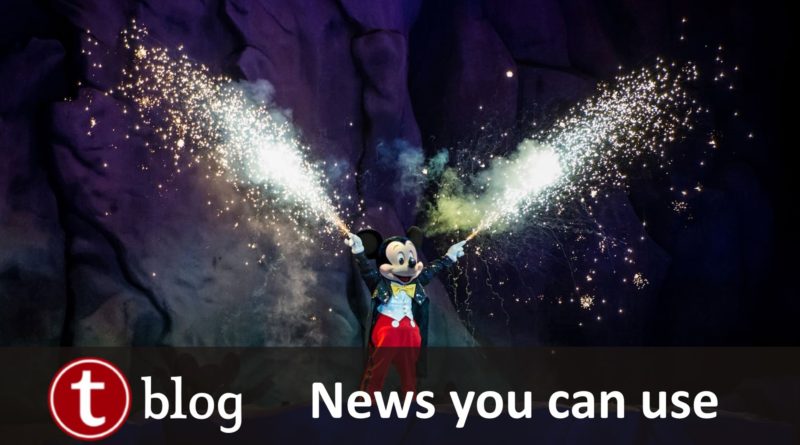 For all of my fellow Fantasmic fans, it’s been a long journey. Originally, Fantasmic was rumored to be one of the first nighttime spectaculars to return to Walt Disney World when the parks reopened following the pandemic closures. Then we found out that the show was in need of significant repairs and refurbishment and there would be a longer road to reopening. But then earlier this fall we got an announcement that cast rehearsals were under way, paving the path to an opening sometime later in the fall. And today we finally have confirmation! Fantasmic is making its triumphant return to Hollywood Studios on November 3!

What Do We Know About the Show?

Although many of the details about the exact show order are still under wraps, we’ve gotten some information over the past few months. And we know that it’s not going to be the exact same show as it was pre-pandemic.

Perhaps the most telling information we’ve been given is a teaser poster released by Disney, which obviously features details from Aladdin, Moana and Frozen – none of which were significantly featured in the pre-pandemic version. At this point it’s almost a foregone conclusion that some combination of scenes and characters from at least these movies will likely replace the amazingly long and not-too-exciting Pocahontas portion of the show.

Other than that, you’ll have to follow along with us when the show debuts to find out what is new and different!

How Popular will Fantasmic Be?

But if you want more detailed information, of course we have the data. If we compare pre-pandemic satisfaction with Fantasmic to the other nighttime spectaculars currently available at Walt Disney World, there is an obvious winner.

Fantasmic blows Disney Enchantment and Harmonious out of the water. For reference, Fantasmic has satisfactions scores that are statistically similar to Seven Dwarfs Mine Train and Mickey and Minnie’s Runaway Railway. Enchantment and Harmonious have scores that are statistically similar to PhilharMagic and Monsters Inc Laugh Floor. Still good, but not what families are flocking to Walt Disney World to experience.

But we already know that Disney has begrudgingly admitted that Enchantment and Harmonious are basically flops – by announcing either significant changes or entire replacements for each in the not-too-distant future. So what if we compare Fantasmic to the pre-pandemic spectaculars at Magic Kingdom and EPCOT?

Now we have a much different story. Happily Ever After scored much higher than Fantasmic (and, in fact, much higher than basically anything else offered at Walt Disney World), and IllumiNations was … closer at least. Still, Fantasmic is going to be a huge draw because of its enduring popularity and its updated scenes.

How Will This Impact Wait Times?

Since reopening, Hollywood Studios sees some of the biggest drop-offs in wait times as the evening progresses compared to any other park. In fact, the lack of a nighttime spectacular makes a remarkable difference in this drop-off.

For example, over the past 3 months, average wait times at Magic Kingdom and EPCOT from 7 pm to 9 pm have been 96% and 89% of the average peak wait time. That means crowds are sticking around and staying in lines leading up to the nighttime entertainment.

But at Animal Kingdom and Hollywood Studios, those average waits from 7 pm to 9 pm are only 76% and 78% of average peak wait times. About a quarter of the park empties out compared to midday crowds, because there is not as much of a reason to keep touring into the night.

For Hollywood Studios, this is especially different than wait time behavior prior to the pandemic. Back then, wait times from 7 pm to 9 pm stayed at about 90% of their peak for their day. What does that mean for you? If you’re one of the folks that have been taking advantage of heading to Hollywood Studios late in the afternoon and enjoying a pleasant evening of lower waits … enjoy it while it lasts. Evening wait times at this park are going back up.

How Can I See Fantasmic?

Our wonderful TouringPlans Travel Agents will gladly help you book a trip to see the return of Fantasmic. Reach out for a quote today so that you can be one of the first to see this new and improved nighttime spectacular!

And if you’re traveling November 30 or later and you have booked a trip with them, they can help you book a dining package to make viewing this popular show even easier. Those bookings open on October 26th.