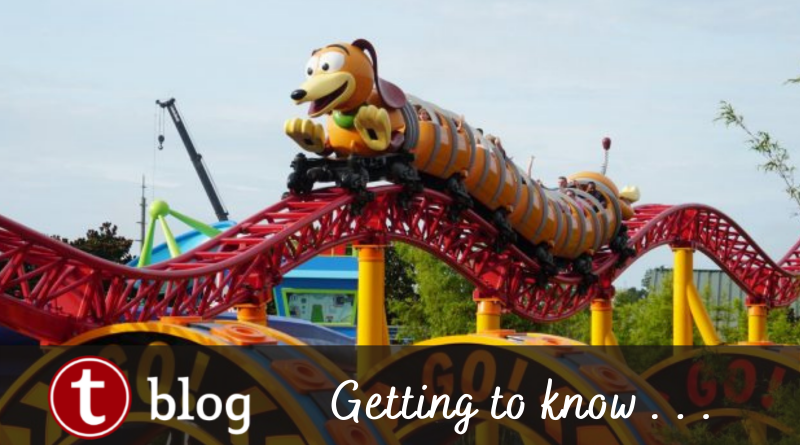 Slinky Dog Dash is an outdoor, family coaster in Toy Story Land at Disney’s Hollywood Studios designed to look as if Andy built it in his backyard!

Both Toy Story Land and Slinky Dog Dash allow guests to experience Andy’s backyard and playsets from the perspective of a toy. What I love about Slinky Dog Dash is that Andy is the Imagineer here. Guests can clearly see he took his Dash & Dodge Mega Coaster Kit and combined it with his Tinkertoys and Slinky Dog for his own unique attraction. You can even see his schematic over the station when boarding your Slinky Dog car.

Since Slinky Dog Dash opened with Toy Story Land on June 30, 2018, it has become one of the most popular attractions at Walt Disney World. And after several dashes of my own through Andy’s backyard, I’ve compiled Five Things You Should Know About Slinky Dog Dash! 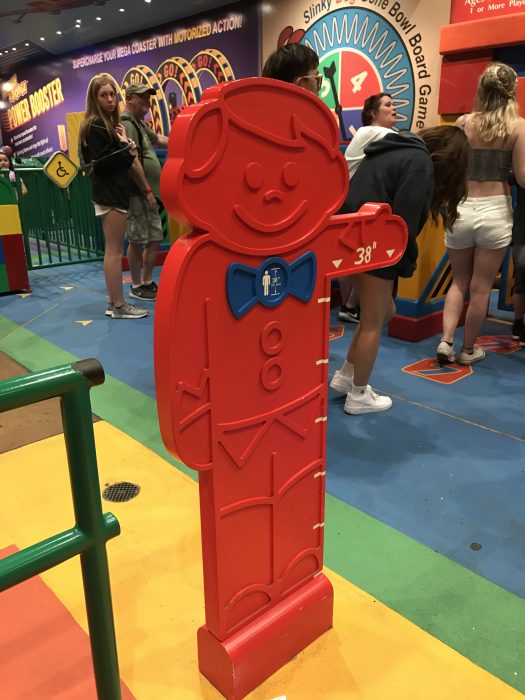 Slinky Dog Dash is unusual in that it has an elevated, exposed track as opposed to the track being embedded in a mountain or inside of a show building. Seeing Slinky Dog dash overhead as you walk through the land may give you the impression that it’s intense; but in reality, it’s surprisingly playful and family friendly!

Yes, the track is high above the ground, but the downward dips have been designed just so as to avoid being freefalls and the curves and turns are much smoother than you might expect.

For further proof, the height requirement for Slinky Dog Dash is less than the Magic Kingdom’s Splash Mountain and Big Thunder Mountain Railroad and the equivalent of kid-friendly Seven Dwarfs Mine Train.

So if you’re looking for something beyond a dark ride that the whole family will enjoy, Slinky Dog Dash is definitely a prime option! 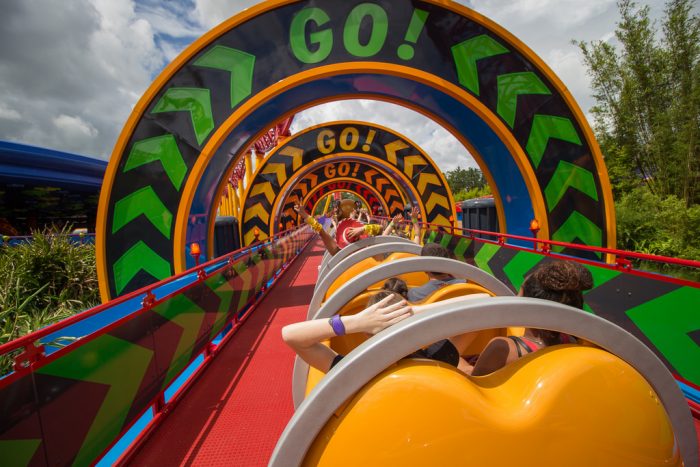 Slinky Dog Dash is the first-ever Disney coaster to offer a double-launch! Towards the middle of the ride, the coaster slows to a gentle stop before Slinky Dog tells riders to “Hold on!” and backs up before relaunching up a hill.

But if you’re expecting a launch akin to Rock ‘n’ Roller Coaster, you may be disappointed. It’s fun, but tame.

3. At the Mercy of Florida Weather

Since Slinky Dog Dash is an outdoor coaster, it will shut down for heavy rain and severe weather or lightning in the area.

Also, much of the queue, especially in the era of social distancing, is exposed to the elements; and even the portion of the queue that’s covered isn’t enclosed. This means you and yours will be at the mercy of the infamous Florida heat. It’s definitely something to be aware of and to prepare for accordingly. 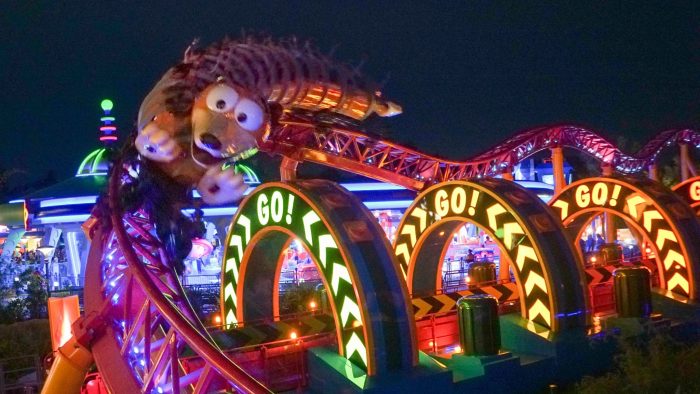 This coaster zips and dips above and through Toy Story Land and can be seen from almost anywhere in the area. The aerial view is stunning during the day, but it offers a different experience at night thanks to lighting from colorful, oversized Christmas bulbs Andy strung through his backyard and the coaster track that glows different colors after dark!

5. Tells the Origins of Andy’s Toys 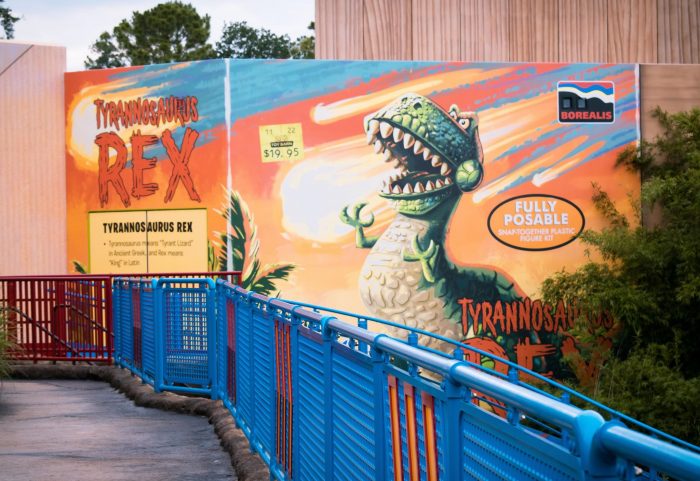 If you’re a fan of Andy’s toys, a ride on Slinky Dog Dash is a great way to learn more about their origins since Andy has used his toys’ original boxes in constructing Slinky Dog Dash.

For instance, Rex’s box shows us why he so desperately wants to be scary because his image on his box shows a scary Tyrannosaurus Rex! 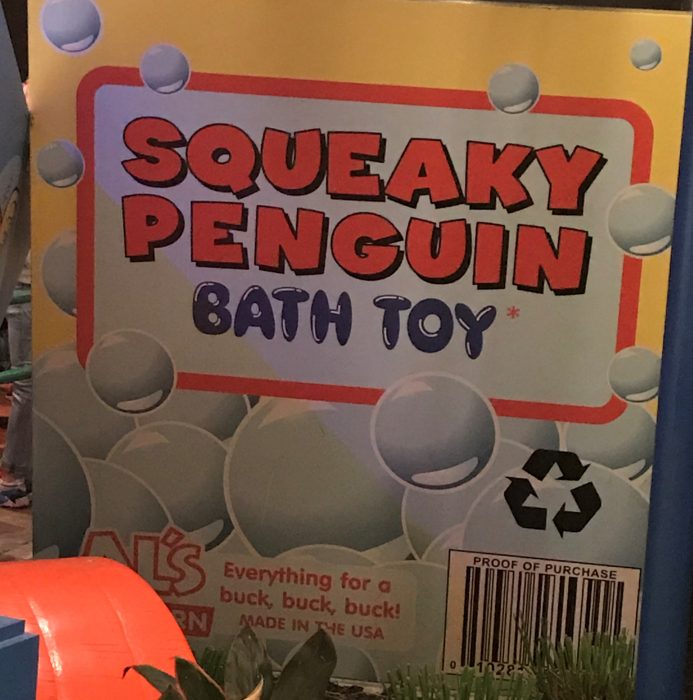 You may also see Wheezy’s box which provides some insight into why his squeaker broke and learn that Mr. Prickle Pants was featured in children’s books.

Is Slinky Dog Dash on your to-do list? Let us know in the comments!