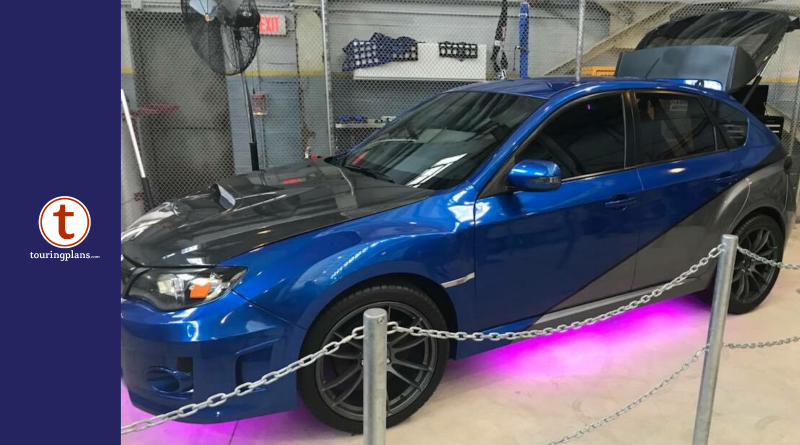 Today in Getting to Know Universal we are covering the ins and outs of Universal Studios Florida’s latest attraction, Fast & Furious: Supercharged. Based on the worldwide film franchise phenomenon, Supercharged opened to guests on April 23, 2018, replacing the campy Disaster!: A Major Motion Picture Ride… Starring You.

The Family is frequently enlisted by various world governments to solve international crises… with cars. Giant vehicle action sequences with death-defying stunts drive the plot as the character interactions propel the story. Plus there are lots of jokes and family meals with lots of Corona.

Fast & Furious: Supercharged is a simulated car race through San Francisco aboard a party bus. Located in the San Francisco section of Universal Studios Florida, guests approach an apparently deserted warehouse that is the hidden home to the Toretto Family. The queue wraps around cars Dom won from his street races as they await their supercharging. Inside the break room guests learn Dom has won yet another race and we are invited to the party. Careful though, the FBI and rival racer Owen Shaw are hot on the heals of Dom.

Guests board custom party busses, with lights and music, to travel to the remote party. Despite keeping a low profile, the FBI crash the party and Shaw is revealed to be hot on our heels. The Family helps us escape as our buses are then pulled through San Francisco on a turbocharged tow truck, avoiding traps, traffic, and rival racers. After a draw-bridge jump to safety we disembark as part of The Family.

The attraction exits into the Customer Gear gift shop where guests can pick up Fast & Furious themed gifts, custom build miniature cars, or pose with a wax figure of Vin Diesel.

Lets be real here: this attraction is not very good. After nearly a decade of amazing Universal Orlando additions, this attraction disappointed guests and Fast & Furious fans alike. The queue is too long, the preshows are poorly done (though Team Members try their best with the material), the ride is underdeveloped, and the action does not live up to the Fast & Furious name. Supercharged is the peak point of “Universal has too many attractions with screens” arguments. A campy, cheesy ride could work but this attraction is a try hard, one that falls short of the sum of its parts.

Guests riding Fast & Furious: Supercharged must be 40 inches tall with a supervising companion, 48 inches to ride alone. Guests in wheelchairs and ECVs must transfer to the ride vehicle to ride. Prosthetic limbs must be detached or secured before riding. The attraction features fog and water effects and loud noises.

Rider Swap is offered for parties with members under the height requirement, see a Team Member at the entrance for assistance. The Child Swap room plays family friendly scenes from Fast & Furious movies and even has a cool car racing game.

3 thoughts on “Getting to Know Universal: Fast & Furious: Supercharged”