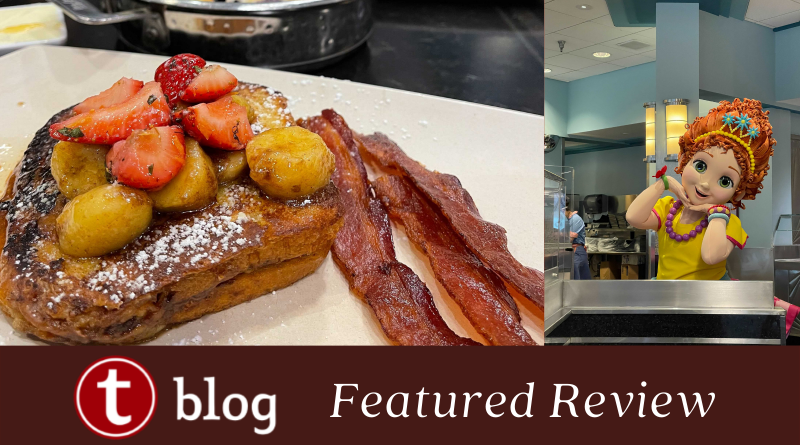 Also, now that traditional character meet and greets have returned, character meals have also returned to their former glory. So a meal at Hollywood & Vine is an experience worth considering now more than ever. 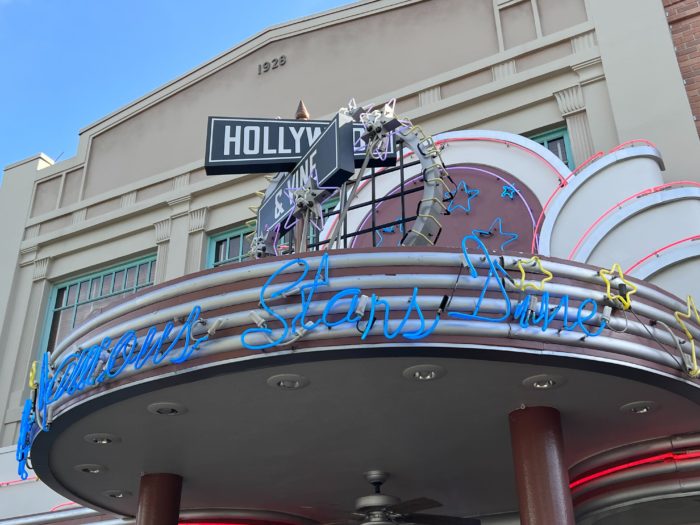 For breakfast, which is served from 8:30 to 10:30 a.m., Hollywood & Vine offers Disney Junior Play n’ Dine featuring characters like Doc McStuffins and Fancy Nancy. For lunch and dinner, a seasonal-themed character experience is offered starring Minnie Mouse and the Fab Five.

During a recent visit to Hollywood Studios, our park reporter Chrissy visited Hollywood & Vine for the most important meal of the day and the return of traditional character dining. 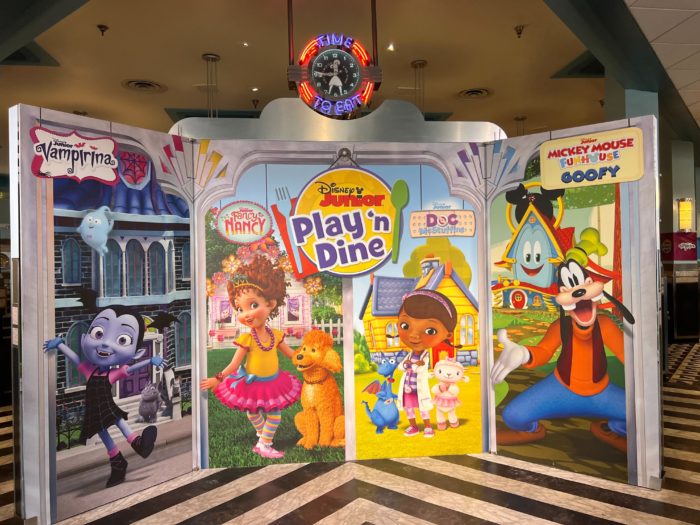 She found that Disney Junior Play n’ Dine is currently priced at $42 per adult and $27 per child (ages 3-9). A 10% discount Annual Passholder discount is available.

Since character meals are so popular, reservations are strongly encouraged and can be made on the My Disney Experience app. If you’re already within that 60-day window, be sure to check out our handy TouringPlans Reservation Finder!

Now, let’s get to the meal!

Whether carbs are part of your pre-park regimen, or you’re gluten-free, Hollywood & Vine has you covered with a pastry basket of either croissants and caramel monkey bread or gluten-free rolls and muffins. 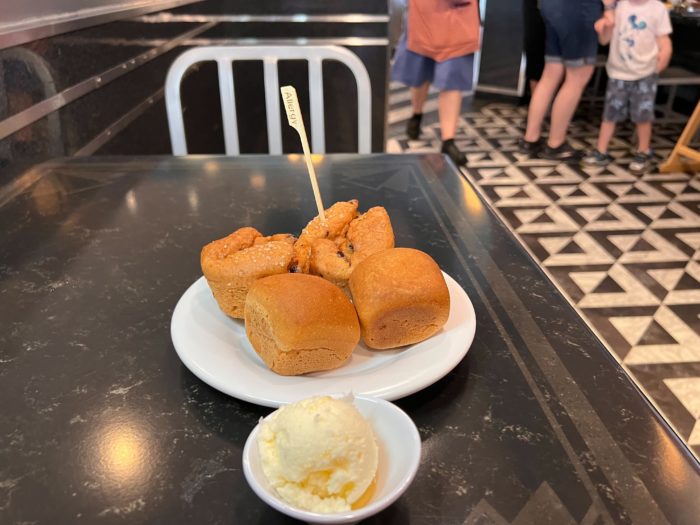 Diners were thoughtfully given separate butter dishes to prevent cross-contamination.

Guests then have their choice of an individual entree which includes Hazelnut Spread-stuffed French Toast with Bananas Foster syrup, an open-faced salmon bagel, a four-cheese omelet, and a house-made pancake stack with powdered sugar and berries! 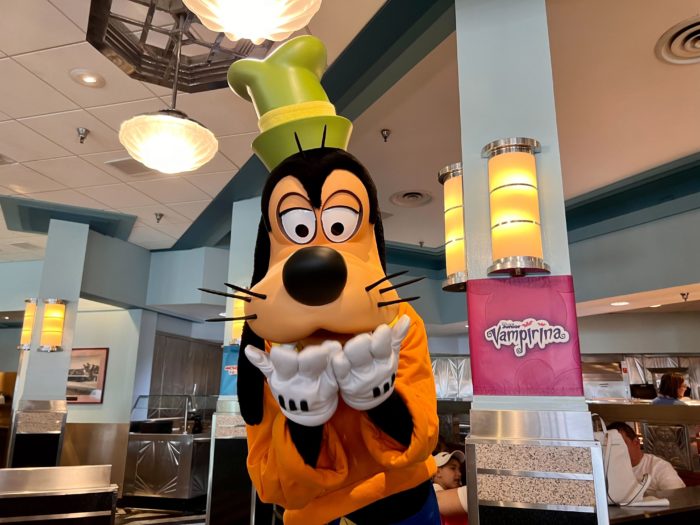 Additional entrees, including the four-egg scramble, offered the option of plant-based eggs. Also, the menu featured a plant-based egg frittata along with fire-roasted veggies, shaved fennel, and plant-based sour cream. 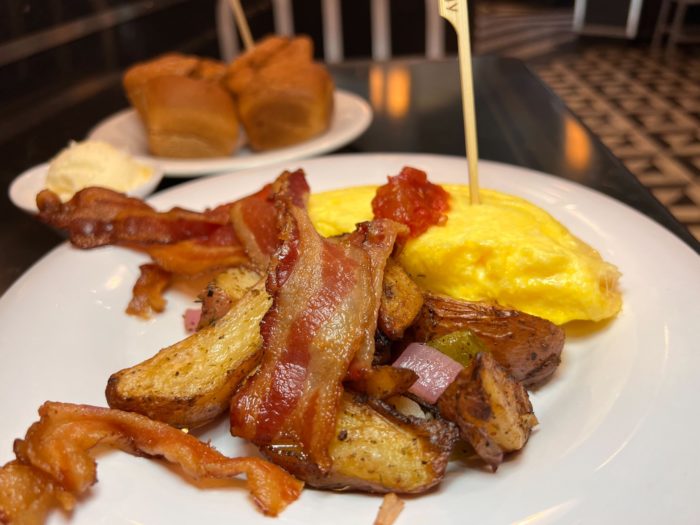 Chrissy ordered the four-egg cheese omelet which consists of swiss, smoked gouda, and cheddar. This delicious cheesy goodness was served with a potato hash, tomato jam, and a guest’s choice of either bacon or country sausage. 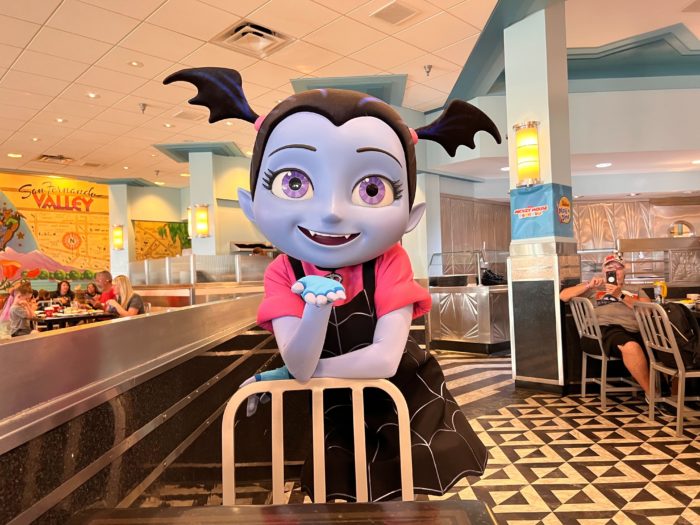 And, again, for the first time in two long years, they weren’t at a distance! 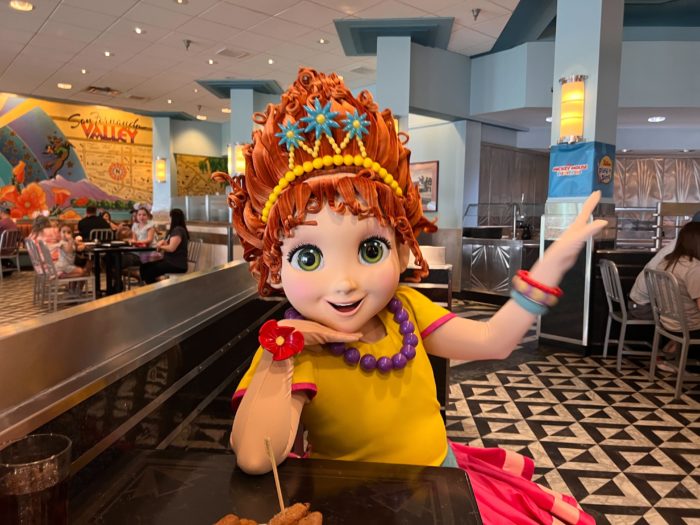 Characters can now come up to your table for an individualized meet and greet; and for families with little ones, this is a huge part of the Disney experience that has been missing since 2020. 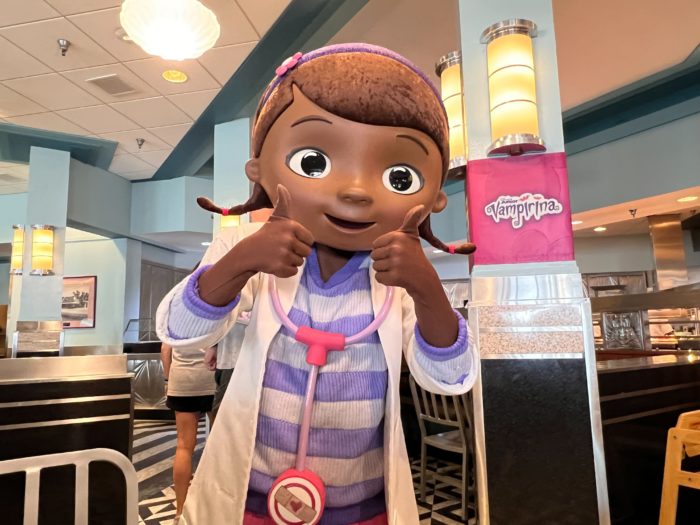 Is Hollywood & Vine the best breakfast at Walt Disney World? No. But for little ones who can’t enjoy the park’s headliner thrill rides, this character meal featuring the Disney Junior stars is a great option for a Hollywood Studios day.

What do you think of Hollywood & Vine at Disney’s Hollywood Studios? Have you experienced Disney Junior Play n’ Dine? Let us know in the comments!