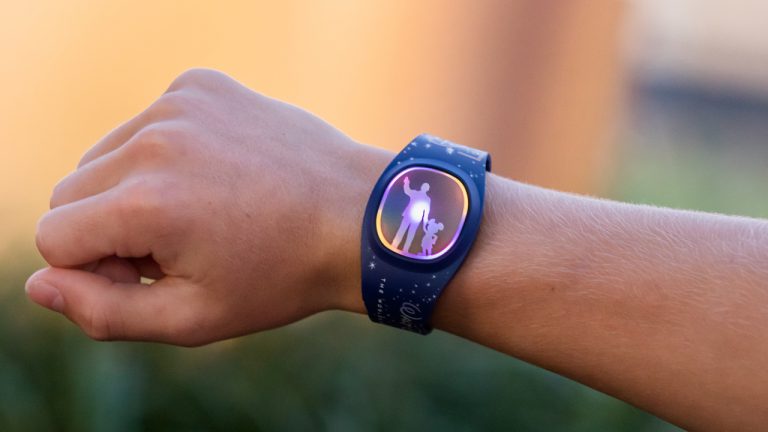 Today, the Walt Disney World Resort has press in town for the big 50th anniversary celebration. And with the press always comes interesting news. Today is no excpetion.

Let’s start first with the fact that the Walt Disney World Resort will soon be introducing MagicBand+. This technology is just an updated version of the MagicBand, which was introduced back in 2013. Guests will still have a more convenient and hands-free experience. This will include things like park and guest room entry, retail and dining, Disney PhotoPass and more. But soon, there will be even more!

MagicBand+ will be available for purchase beginning in 2022. If you have a current MagicBand, it will continue to work, as well the Disney MagicMobile service for smart devices.

Moving on, let’s talk about Guardians of the Galaxy: Cosmic Rewind. The attraction has, of course, been a little delayed, due to the pandemic, but we finally have an opening time frame of 2022! The attraction invites us on an intergalactic chase through space and time.

Disney is calling this experience the first “other-world” showcase pavilion. The pavilion will be known as the Wonders of Xander Pavilion. When completed, it will feature a planetarium-type presentation. Here, the Xandarians will show us their world, their people and their advanced technologies.

This attraction will be a family-friendly adventure. It will feature a totally new type of roller coaster experience known as a storycoaster. The attraction will rotate 360 degrees so you’re always focused on all the action. Not only that, but Guardians of the Galaxy: Cosmic Rewind will also feature the first reverse launch on a coaster in Disney history. Plus it is one of the longest enclosed coasters in the world.

Now, let’s move on to Disney Enchantment. Disney has shared this brand new nighttime spectacular for the Magic Kingdom will feature Angela Bassett as the narrator. This new fireworks show for the 50th anniversary will feature music, enhanced lighting, stunning fireworks and, for the first time, immersive projection effects that extend from Cinderella Castle down Main Street, U.S.A.

The 50th Anniversary for Walt Disney World is sure to include many more surprises during the 18 month celebration, which officially kicks off tomorrow, October 1! We’ll share all of them here as we learn them!

One thought on “MagicBand+ Coming, Guardians of the Galaxy: Cosmic Rewind Opening Date, and More Announced”