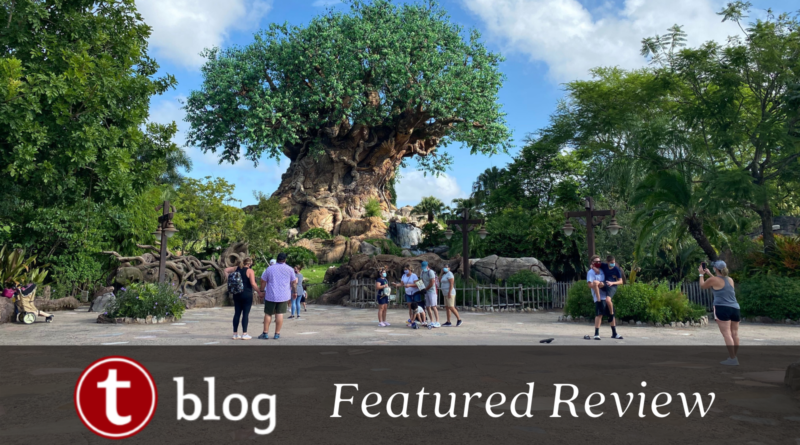 Located next to Tiffins and near the entrance into Pandora – The World of Avatar, Nomad Lounge isn’t just a quality oasis but a celebration of travel!

In addition to offering small plates and drinks from around the world, Nomad Lounge commemorates the globetrotting adventures of Animal Kingdom’s Imagineers while also inviting patrons to reflect on the value of travel. 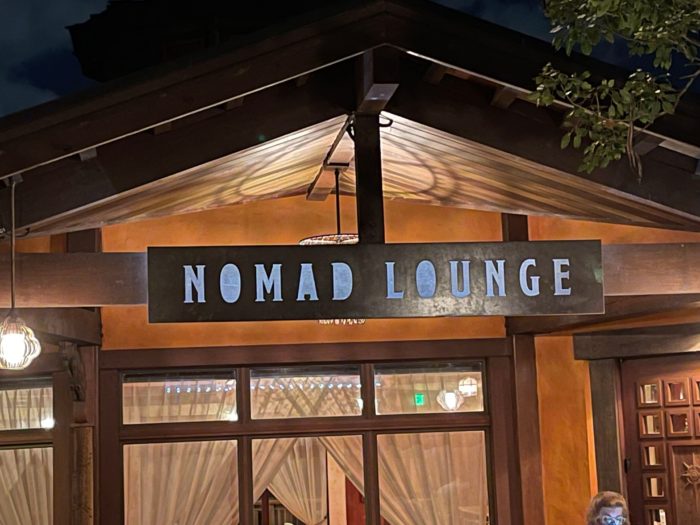 Nomad Lounge opens for service at 11:00 a.m. and closes with the park; and even though it specializes in adult beverages, don’t let that scare you away if you have young ones in tow. Like many lounges on Disney property, Nomad Lounge is still a fantastic spot for the whole family and offers a number of non-alcoholic beverages as well.

While the lounge does offer seating inside, guests sitting on the deck have views over the waterway and bridge leading into Pandora.

In order to experience Nomad Lounge, Guests can join the walk-up list in person or on the My Disney Experience app. 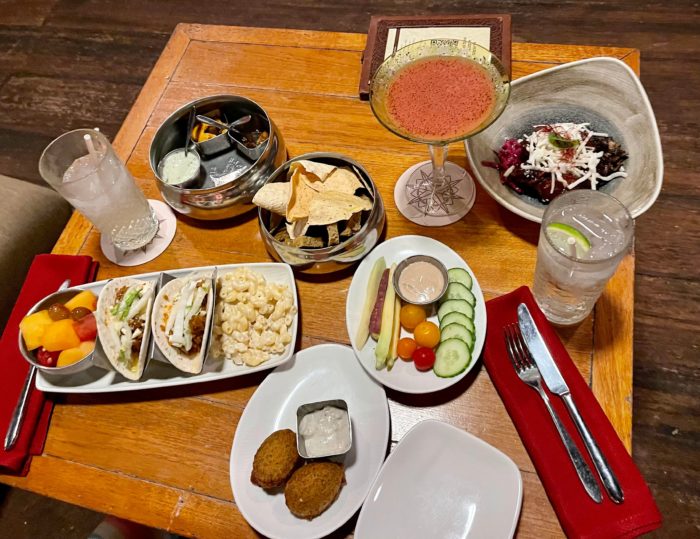 During a recent visit to Disney’s Animal Kingdom, our park reporter Chrissy dropped by Nomad Lounge to relax and refuel. Here’s her take on what she sampled: 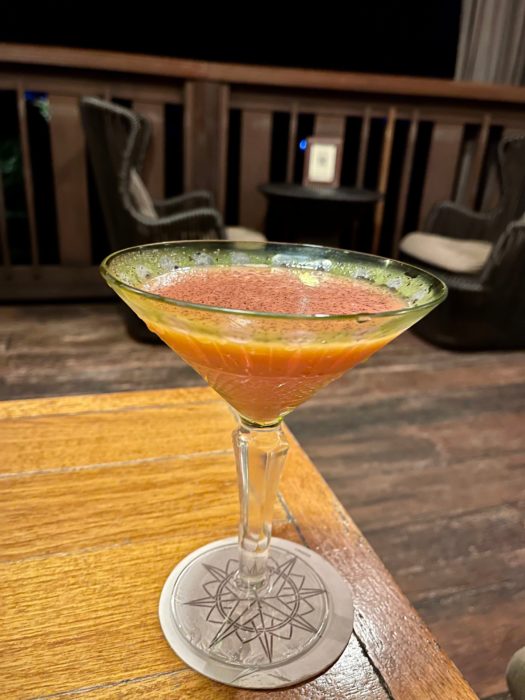 Nomad Lounge features a number of specialty cocktails such as the Leaping Lizard, Tempting Tigress, and Hightower Rocks. 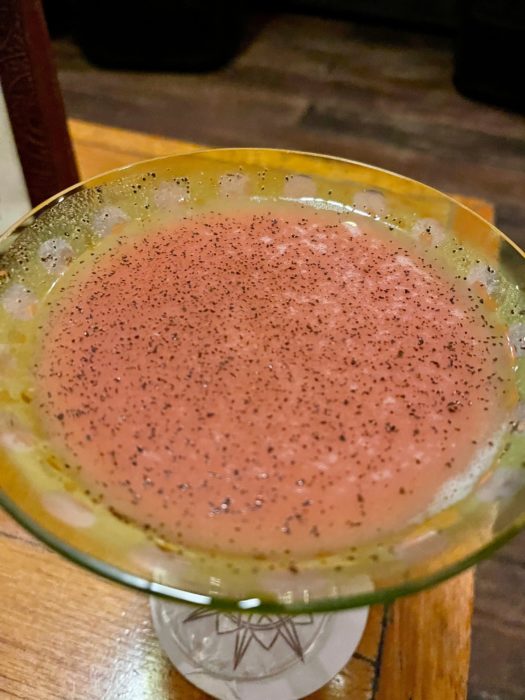 However, Chrissy was recommended the Night Monkey which is a blend of dark rum, guava puree, coffee simple syrup, lime juice, and just a hint of cilantro. The recommendation proved to be a good one as she found it to be perfectly sweet but not cloying, and the coffee grounds plus simple syrup were both perky and delicious! 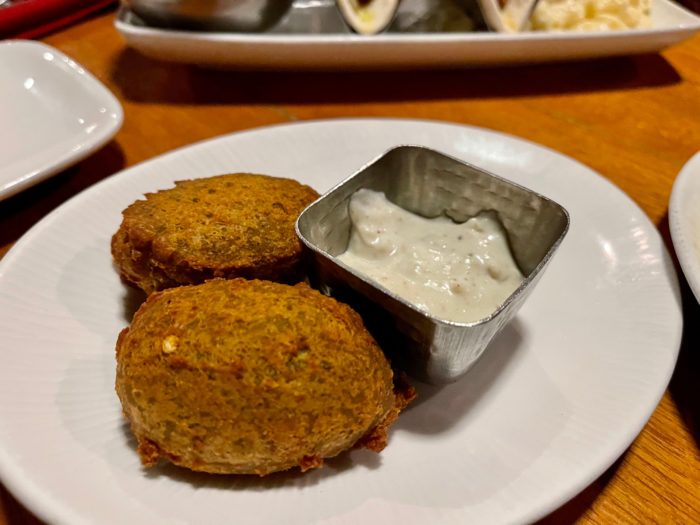 Exactly as it sounds and both delicious and filling. Pro Tip: Don’t let your server take away the garlic yogurt – save it as an extra dipping sauce for the bread service. 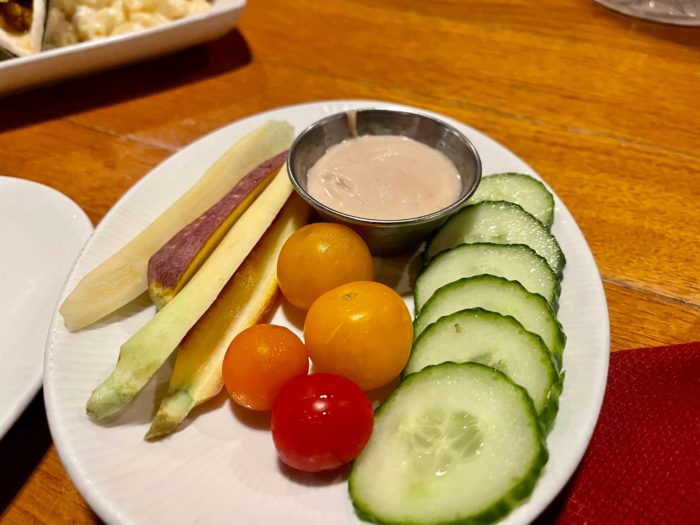 A simple dish but kids seem to eat more veggies when they’re fancy. 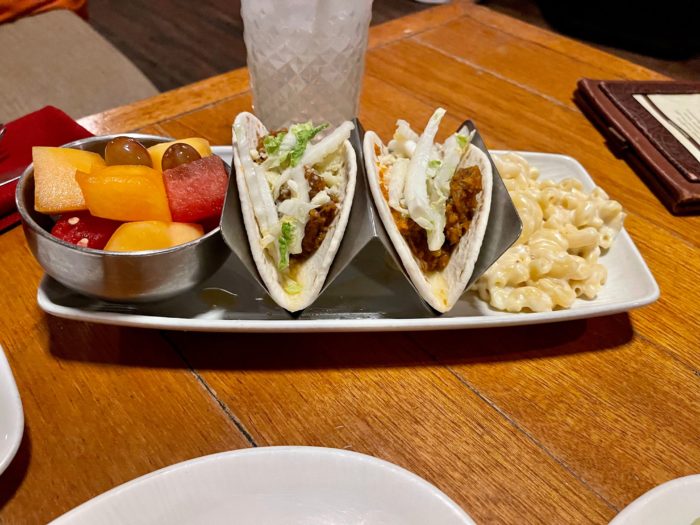 So even though this item was from the kids’ menu, Chrissy’s little one found the beef a little too spicy, and the value wasn’t the best in comparison to other dishes. Skip this one. 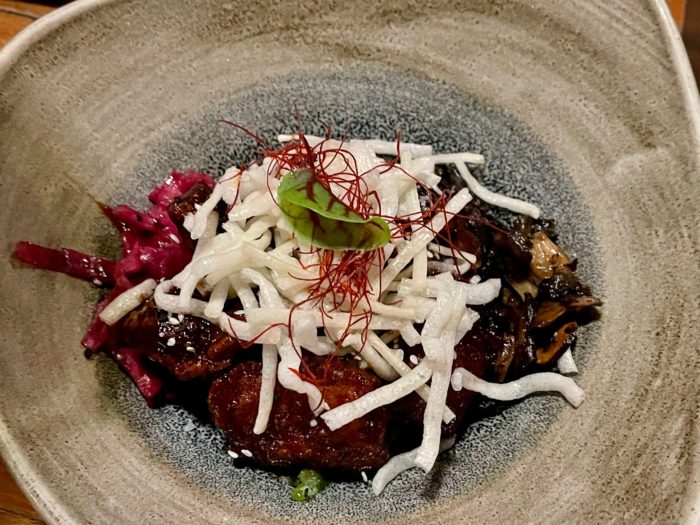 Described as steamed rice, red cabbage kimchi, ginger-scallion oil, and crimini, this was such a hit that Chrissy claims she’s looking for a recipe to make this one at home!

Surprisingly, it wasn’t spicy but packed with flavor and different textures, and the sauce was piquant and oh so tasty.

Since Nomad Lounge shares a building (and restrooms) with the signature Tiffins, the bread service is a delight. Served with red pepper hummus, a spicy coriander yogurt, and ginger-pear chutney, it’s a must-try.

Nomad Lounge is a relaxing and filling break from an otherwise chaotic and crowded day in the park. Don’t shy away from taking the younger members of your group – you’re bound to find something to tempt them, too.

Have you been to Nomad Lounge? What’s your favorite item from this Animal Kingdom hideaway? Let us know in the comments!