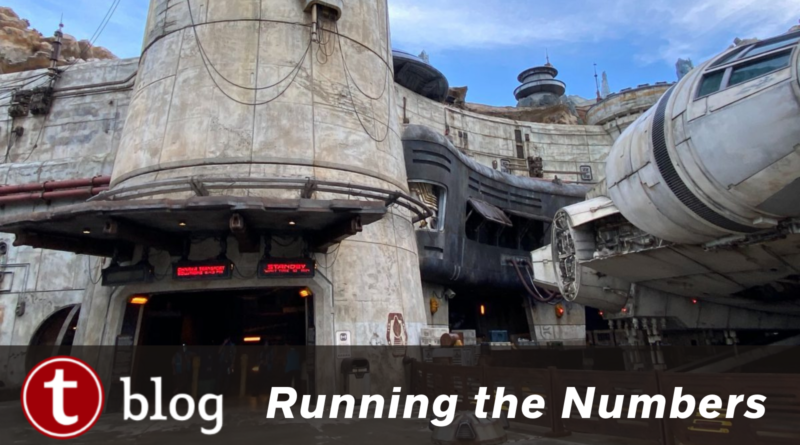 We can now officially call it a trend – Disney has decided to inject characters and IP into everything. Your new AP options? Pixie Dust, Pirate, Sorcerer, or Incredi-. I personally don’t see how pirates are more powerful than pixie dust (have you seen Peter Pan, Disney namers of things?), but that’s another subject for another day. The character injection we’re here to discuss today is everyone’s favorite duo: Genie and Lightning.

For today’s analysis, the relevant background that you need to know is that you’ll be able to use Genie+ to get in the new Lightning Lanes (which are just the old FastPass queues) sometime in the near future. Because of the branding, I can only assume each return time will be called a “wish”, and the moment your window opens to join a Lightning Lane, you get a notification that the “green flag has dropped”. Oh, and don’t forget that you’ll be paying $15 per person, per day to use that Genie (and you get to wake up at 7 a.m. to make your first wish). In the past week, we’ve been looking at past data to figure out if there are situations at Animal Kingdom and EPCOT where Genie+ could potentially be a good value. We’re not arguing the merits of Genie+ as a whole. But you’re not getting FastPasses for free anymore no matter how much we all complain about it, so we might as well do the due diligence to see whether the upcharge can actually save us a significant amount of time or not.

As mentioned above, the cost of Genie+ will be $15 per person, per day. Paying that cost will allow you to reserve return times at various attractions across each park to skip the standby queue by utilizing the Lightning Lane instead. We’re also going to assume that the average cost of an hour in the parks for each person is about $15. So in order for a purchase of Genie+ to be “worth it”, it needs to save you at least an hour of waiting – ideally, for rides you would already ride at times you would already ride them.

But hold your horses Bullseyes Maximuses Pegasuses. Genie+ isn’t here yet! So we don’t have any data about it. I could end the blog post here, but that wouldn’t be any fun. So we need to find a close approximation of Genie+ data to make our first hypotheses. Enter: FastPass+ data. From way back in 2019 when passes could just be fast instead of Lightning or Incredi-. If we make some assumptions about the availability, capacity and use of Genie+ being similar to FastPass+, we can start with that data.

In order to analyze the FastPass+ waits, I had to pull all of the submitted actual wait times from the awesome Lines users in 2019. That was the last full calendar year that FastPass+ was used at WDW. We have some information about these waits: how long the wait was, what the attraction was, what day and time they were submitted (and therefore what crowd level the park had that day), and whether they were standby or FastPass waits.

I can aggregate (group) all of that data to analyze overall trends based on crowd level and time of day. That means I have average standby and average FastPass waits for every attraction that was open in 2019, in the following 9 conditions:

Let’s start there. For each of the nine conditions, I can calculate (on average) how much time you might have saved by using FastPass+ each day. And then we can use those results to hypothesize whether paying the $15 per day is the worth the potential time savings.

A few notes about how to read the table above. Wherever a question mark appears on the table, that means that we either don’t have any FastPass data about that attraction, or we don’t have enough to make a statistically valid claim about the time saved using a FastPass versus waiting standby. Anything attraction that appears in the table is a Genie+ potential ride. The gray attractions at the bottom are some (educated) guesses about which attractions might require “individual access” (aka, paying more) and therefore don’t qualify for Genie+. Since the wait savings for Millennium Falcon and Runaway Railway are inferred from other rides and demand, and not exact FastPass savings, they’re marked with asterisks.

What was your touring strategy for Hollywood Studios when FastPass+ was available? What are your thoughts about potentially using Genie+ instead? Let us know in the comments! And stay tuned for a similar analysis for Magic Kingdom.

9 thoughts on “Potential Usefulness of Genie+ at Hollywood Studios”