Amid the hoopla over the grand re-opening of Disney California Adventure, it’s easy to forget that the competition across town recently opened a fantastic new attraction of its own. Here is a preview of our review of Universal Studios Hollywood’s stunning new Transformers simulator, which will appear in the upcoming 2013 edition of The Unofficial Guide to Disneyland. 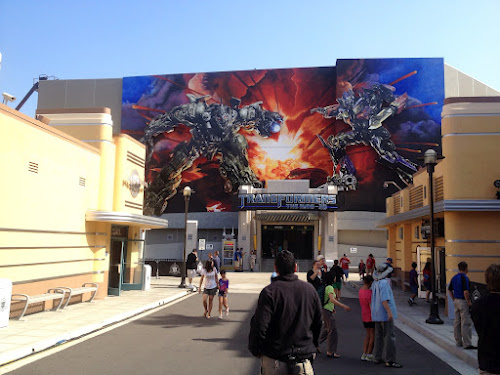 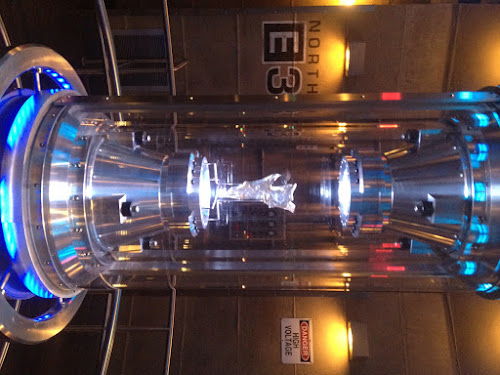 Hasbro’s Transformers—those toy robots from the 1980s that you turned and twisted into trucks and planes—have been around long enough to go from commercial to kitsch to cool and back again. Thanks to director Michael Bay’s recent movie trilogy, “Robots in Disguise” are again a blockbuster global franchise, and in 2012, Transformers fans finally received a theme park attraction befitting their pop-culture idols.

Recruits to this cybertronic war enlist by entering the N.E.S.T. Base (headquarters of the heroic Autobots and their human allies) beneath a massive dimensional mural depicting gallant Optimus Prime and his nemesis Megatron locked in mortal metal combat. Inside an extensive, elaborately detailed queue, video monitors catch you up on the backstory. Basically, the Decepticon baddies are after the AllSpark, source of cybernetic sentience. We’re supposed to safeguard the shard by hitching a ride aboard our friendly Autobot ride vehicle EVAC, presumably without getting smooshed like a Lincoln in a souvenir penny press when he shifts into android form. Needless to say, Megatron and his pals Starscream and Devestator won’t make things easy, but you’ll have Sideswipe and Bumblebee (sadly, the modern Camaro version instead of an old-school VW Beetle) backing you up.

For the ride’s 4 1/2 minutes, you play human ping-pong ball in an epic battle between these made-in-Japan behemoths. To do justice to this Bay-splosion packed war of good versus evil, Universal has harnessed the same ride system behind Island of Adventure’s Amazing Adventures of Spider-Man ride. That’s good news since Spidey, which broke ground by blending motion simulation and live effects with 3-D, was already acclaimed as one of the best attractions anywhere. Transformers ups the ante with photo-realistic high-definition imagery, boosted by dichroic 3-D glasses (the same kind used in the upgraded Star Tours) that produce startlingly sharp, vivid visuals. 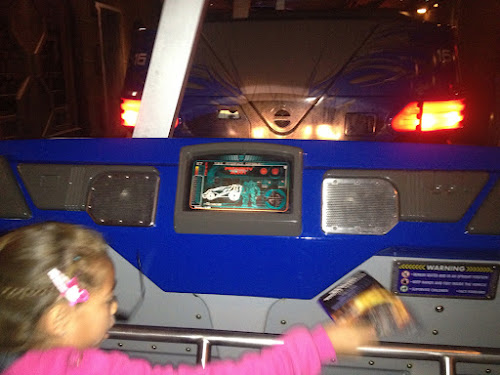 The plot amounts to little more than a giant game of keep-away, and the uninitiated will likely be unable to tell one meteoric mass of metal from another, but you’ll be too dazzled by the debris whizzing by to notice. Fanboys will squeal with delight at hearing original cartoon actors Peter Cullen and Frank Welker voicing the pugilistic protagonists, and then spill into the post-ride gift shop to purchase armloads of exclusive merchandise, while the rest of us might need a bench on which to take a breather afterward. We’ll admit slight disappointment at not getting to see an actual four-story-tall animatronic transform, but the ride’s mix of detailed (though largely static) set pieces and video projections was likely a much more maintenance-friendly solution for bringing these colossi to life. Either way, this is one of the most intense, immersive thrill rides found in any theme park, and makes a credible claim on the title “best attraction in California.” If you visit Universal and only ride this and the Tram Tour, you’ll have gotten your money’s worth. 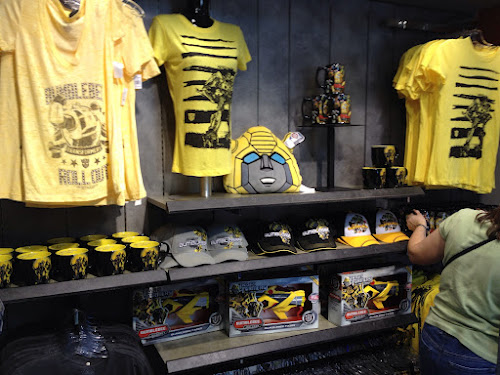 This is the most ambitious attraction that Universal Studios Hollywood has built in more than a decade and could prove a game changer for the park’s attendance. Transformers draws heavy crowds to the lower lot from the moment the park opens, so ride immediately upon park opening. The single rider entrance will often let you walk on the attraction, even when the standby wait is an hour, but its queue lacks any theming, so be sure to take at least one trip through the regular line. It can be difficult for your eyes to focus on the fast-moving imagery from the front row; center seats in the 2nd and 3rd rows provide the best perspective. And be sure to say hello to the towering robots posing for photos outside the entrance. 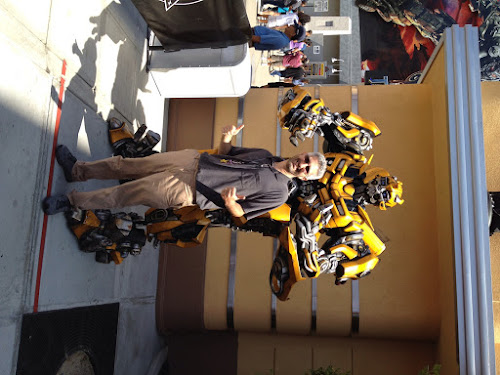