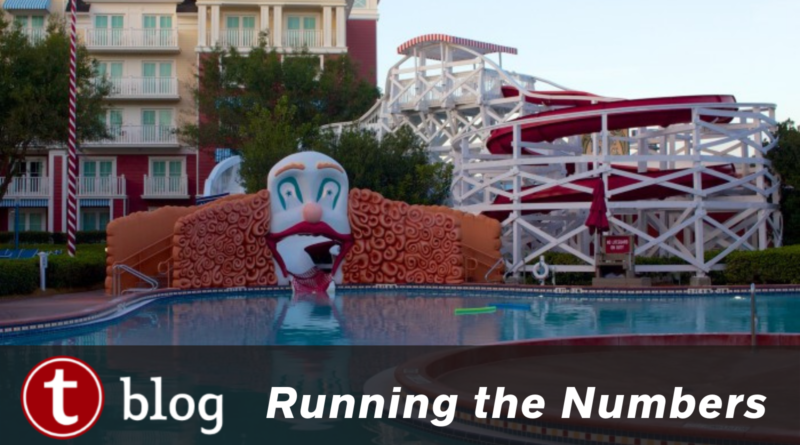 Back in January 2020, I booked a WDW trip for September by renting some DVC points. I consider myself pretty knowledgeable when it comes to WDW planning, but I made two really big mistakes when I booked that trip. The first was a comment to my mom when she asked about adding the optional travel insurance. “What’s the worst that could happen? A hurricane. And we already dealt with that [Irma, vacation-interrupter of September 2017]. So I don’t think it’s really necessary.” Ha! You ain’t seen nothing yet, the world said. Have a pandemic. Lesson learned.

The second was my response to what the DVC rental lady asked: “Do you have a preference between Kidani and Jambo?” My answer: “Either is fine.” Okay, yeah, either is fine. Better than fine – after all, it is the most awesome resort (personal opinion, you’re welcome to fight me). But gracious, I’m all about data-aided decision making. And I didn’t even do my research! We had previously stayed at Jambo and loved it. But Sanaa is one of my top two favorite restaurants on property. And the idea of being steps away from it … was also tempting. We ended up in Kidani, which worked out well when almost everything in Jambo was closed anyway. But I should’ve crunched the numbers. So now I’m going to help you not repeat my mistake. Let’s look to see not just which resorts are rated the best – but once you choose your resort, which building might be the best bet. (Updated June 1st, 2022)

Today we’re once again just looking at averages. In every post-visit survey, users submit how satisfied they were with their hotel on a scale of Very Dissatisfied (1) to Very Satisfied (5). If we average every result, we get an idea of how satisfying a resort is overall.

But also in the survey you can submit your room number. So that gives me a chance to stratify (split up) the averages by which building you were staying in. I can then compare those different averages to determine if one building at a resort has better satisfaction than another.

Note about the resort maps in this post – they’re small. But they should expand if you click on them.

For Deluxe resorts, there won’t be “best buildings” for Wilderness Lodge, Yacht Club, BoardWalk Inn, or Beach Club Resort. All of those resorts just have one large building, and so we can’t make a comparison. 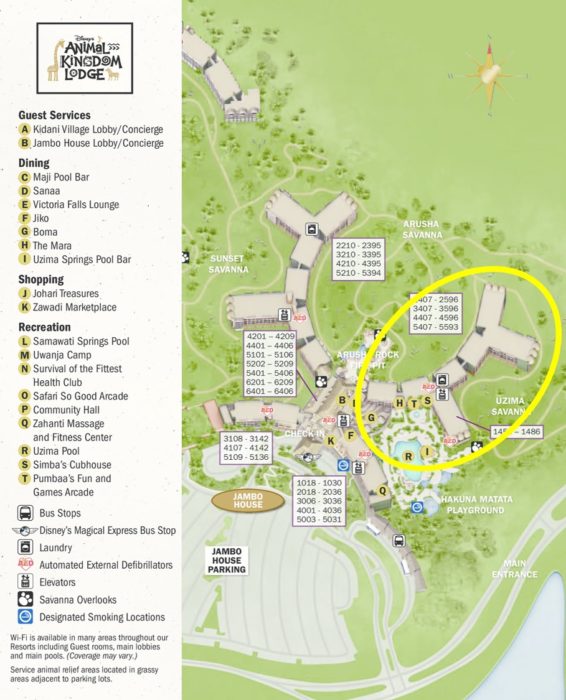 Jambo House doesn’t actually have any different buildings. But unlike some other one-building resorts, it does have separate designations for its “wings”, as well as the lobby. So we can figure out which area within the resort you’ll want to request to have the best shot at a satisfying experience. At Jambo, that turns out to be the “Zebra Trail”, with an average rating of 4.73. Rooms in this wing have views of the Uzima and Arusha savannas, or the pool. Rooms on the “Kudu Trail” have slipped slightly further behind, too, with an average rating of 4.59 Keep in mind that on either trail you could have rooms right next to the lobby … or a quarter of a mile away along the big arc. Room requests are your friend. 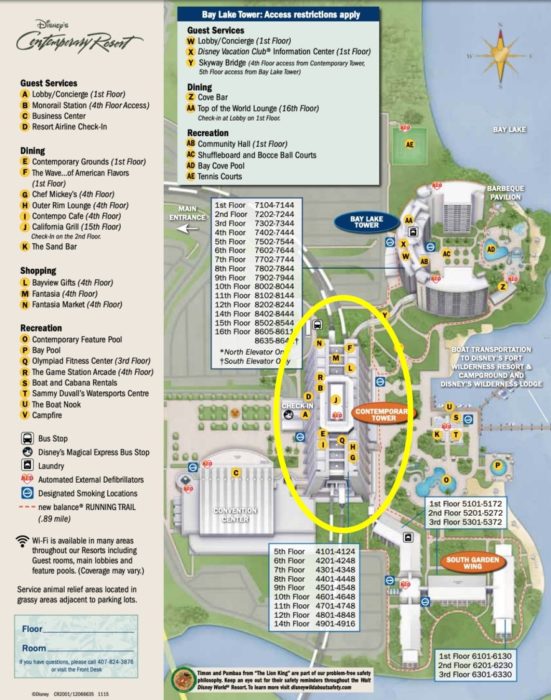 When you stay at the Contemporary, you can be in the South Garden Wing or the Main Tower. Rooms in the South Garden are removed from all of the hubbub. (I’ve been waiting so long to use the word hubbub in a post – this is a great moment.) But they’re also removed from any food options or transportation. So it’s not a huge surprise that the Main Tower pulls ahead here, with an average rating of 4.69. This compares favorably to the average of 4.45 in the Garden Wing. 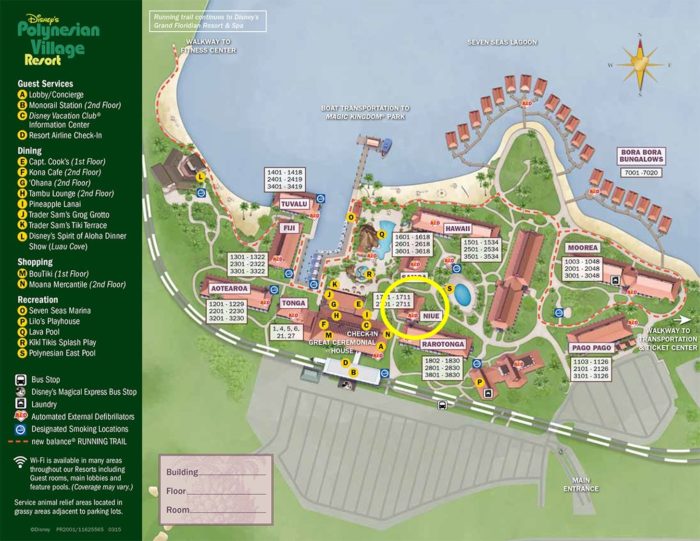 It’s interesting to see how things stay the same at the Polynesian. Niue, with its average rating of a perfect 5.0 since reopening, is a good example of just about the perfect location. You’re not going to be paying an arm and a leg for a “theme park view”. But you’ll be right between two great pool choices. And steps away from the Great Ceremonial House, the monorail (when it reopens), and other transportation. There are only 22 rooms in this building, so that means fewer neighbors. It also means it might be difficult to secure a room here. So on the resort side, your next best backups are the Fiji and Hawaii buildings, which both have an average rating of 4.78. 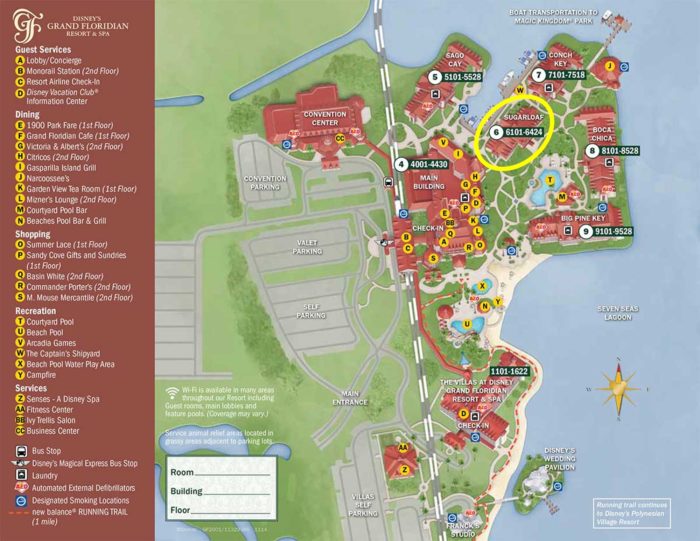 Grand Floridian has 6 different buildings to choose from, each with different views and walking distances. But the only way you’re going to get the closest access to monorail/bus transportation, dining, and both pools is by staying in the Main Building. Last year the Main Building unsurprisingly took the top spot at this resort, but since reopening, its satisfaction score has decreased to a relatively disappointing 4.57. Instead, you should opt for Sugarloaf. It has the next-closest access to all things important, is closer to the boat dock, and averages 4.79 in satisfaction – even better than its pre-pandemic average.

For DVC resorts, there won’t be any “best buildings” for Boulder Ridge Villas, Beach Club Villas, Riviera Resort, Copper Creek Villas & Cabins, Bay Lake Tower, Treehouse Villas, or Villas at Grand Floridian. Most only have one building. Copper Creek Cabins and Treehouse Villas each have individual spots, and none of them have enough reviews on their own to merit comparison. 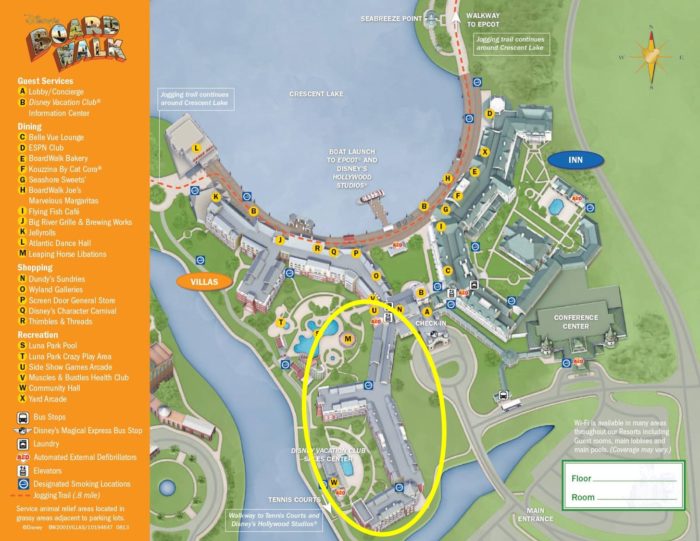 The BoardWalk Villas are located in two adjacent buildings. The North Building has rooms located directly on the BoardWalk, is closer to EPCOT, and has more rooms with pool views. The South Building is closer to Hollywood Studios and bus transportation. If I had to place a guess on which building had better satisfaction, I probably would’ve gone with the North Building because of easy BoardWalk (and therefore dining and EPCOT) access. And it turns out that post-reopening that’s true. Barely. And by barely I mean it’s not even statistically significant. Rooms in the North Building have averaged 4.7 satisfaction, while rooms in the South Building “lag behind” at … 4.68. So really, request what makes sense to you and your party and don’t get too caught up in which building might have higher satisfaction. Request based on view and location compared to the things that you’ll be doing. 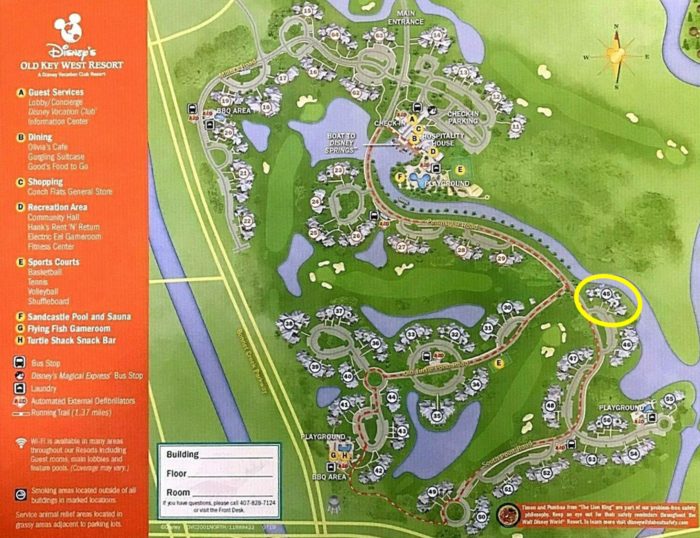 Old Key West has 49 (49!!!) different buildings. Some are right up next to busy roads. Others are on scenic waterways. Some have elevators and others do not. Some are right next to the main building. Others are up to 3/4 of a mile away. In the midst of all of the variety, where should you aim to stay? Interestingly, Building 45 isn’t close to Hospitality House. And it doesn’t have an elevator. But it wins the resort with a perfect post-reopening average rating of 5.0. It’s a good place to stay if you value quiet and seclusion, while still having pretty close access to a pool and transportation. Building 18 comes in second place this time around, with some pretty great views of both the creek and the golf course. 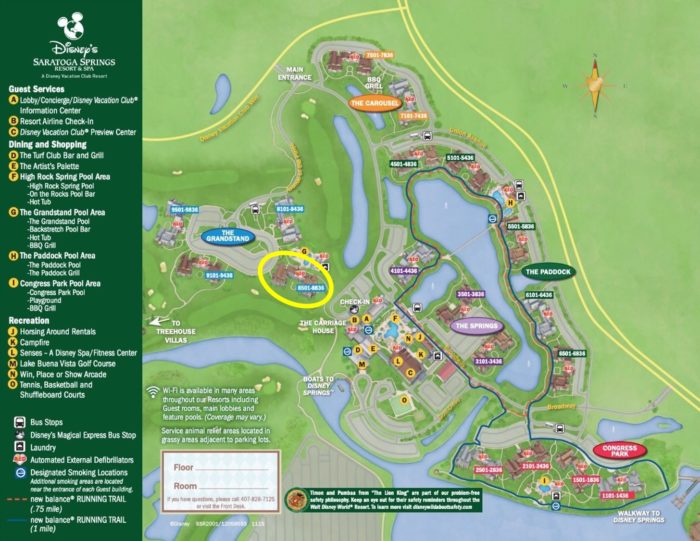 Saratoga Springs isn’t quite as crazy as Old Key West as far as number of buildings. But there are still 5 different areas you can choose from, and 18 different buildings. This resort has one of the biggest ranges of satisfaction, with the worst building (which is Congress Park Building 4, by the way) averaging about 0.7 less than the best building. So where is the best building in Saratoga Springs? That happens to be Grandstand Building 16, with an average rating post-reopening of that elusive 5.0. The winning building is unchanged compared to pre-pandemic, but the score has gone up. It’s very close to the Carriage House, and right next to a pool. There was almost a tie at this resort, though. While Grandstand 16 is good for main building and transportation proximity, there is another group of people that must value proximity to Disney Springs. Because the next-highest spot goes to Congress Park Building 1, which averages 4.92 (a significant improvement compared to pre-pandemic). It’s the building closest to the walkway to Disney Springs. 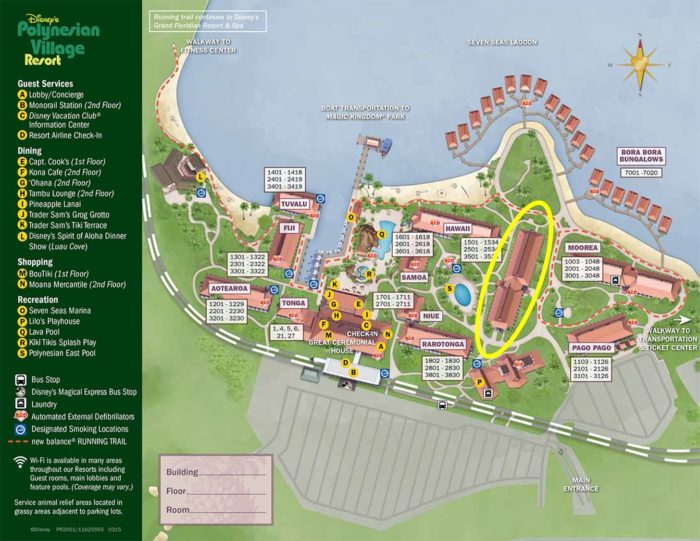 The DVC rooms at the Polynesian are concentrated on the east side of the resort (Bora Bora, Moorea, Tokelau, and Pago Pago). We’ve only received four reviews from the Bungalows at Bora Bora, so I’m eliminating them from this competition. With that out of the way, the DVC building with the highest satisfaction at the Polynesian is Tokelau, with its average rating of 4.78. This is virtually unchanged from pre-pandemic numbers. I’ve only ever stayed at the Polynesian once (thanks to an awesome deal on some DVC points from a friend), and it was in Tokelau. So I’m feeling pretty good about myself right about now. Tokelau is a long building, so your experience can vary based on where you say. West side of the building is mostly pool views. If you stay at the north end, you have the chance of a sneaky far-off theme park view if you lean from your balcony. And you’re close to the beach. On the south side, you have very convenient access to both pools, the Great Ceremonial House, and transportation. 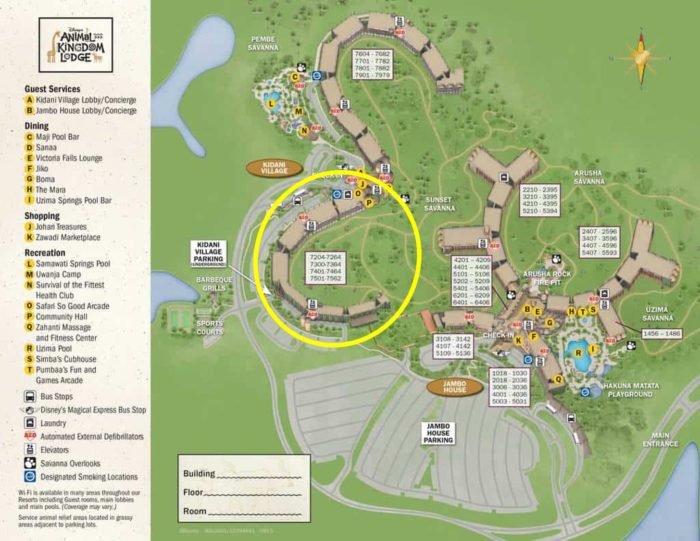 Have you stayed at any of the best buildings revealed today? Are you surprised by any of the winners? Let us know in the comments!