Welcome back to the ever-widening Wizarding World! In today’s edition PotterWatch, we’ve got frest photos from earlier this week of progress on Diagon Alley’s London Waterfront, the newly installed Hogsmeade stones outside the original Wizarding World of Harry Potter, and breaking news direct from Universal Orlando with eagerly awaited Gringotts details.

Let’s begin with a stroll along the Diagon Alley London Waterfront construction zone. 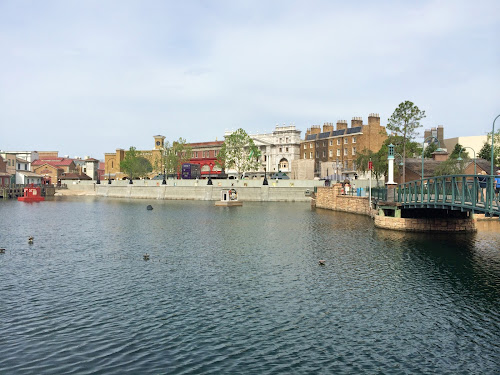 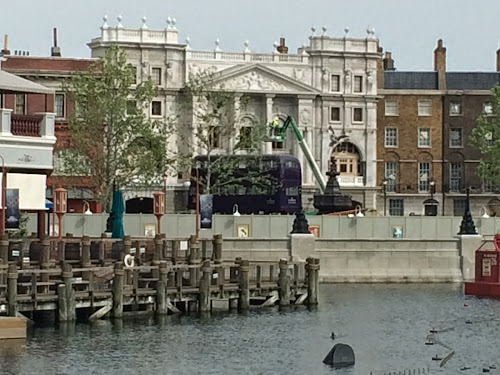 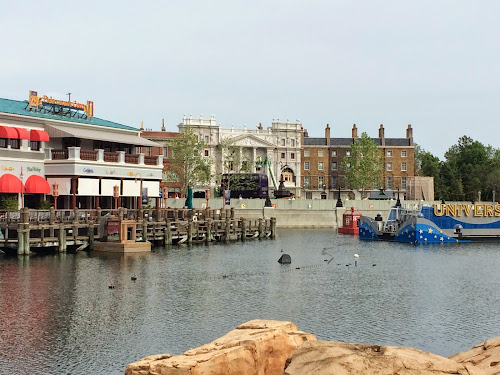 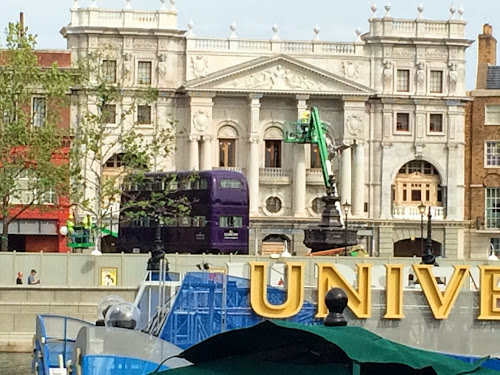 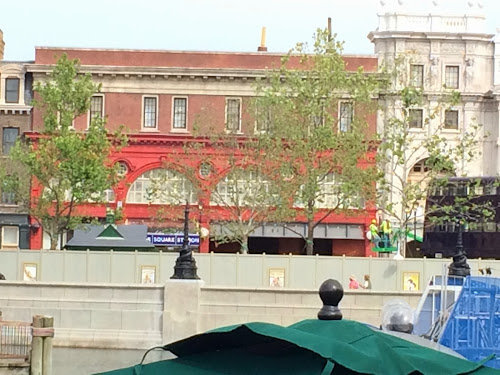 First, a look at progress on the wooded berm that will conceal backstage areas. 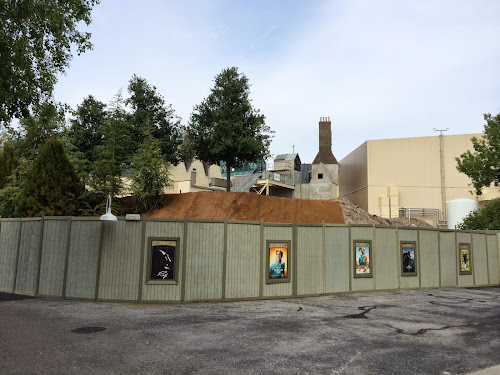 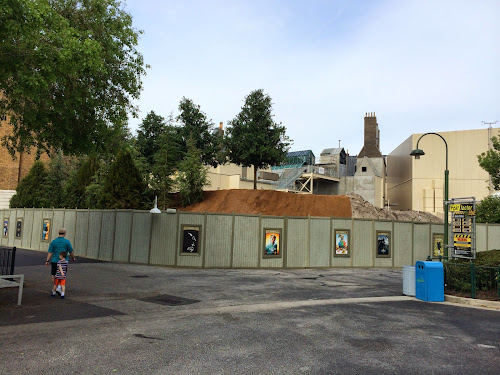 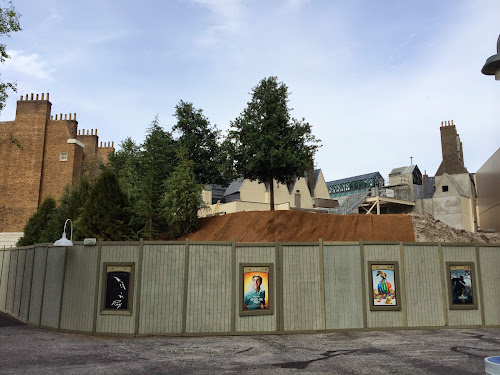 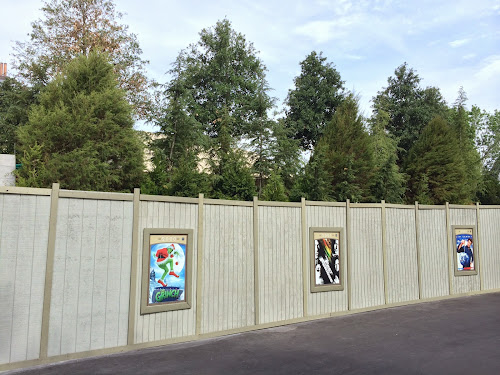 Nearby, the old Amity bathrooms have been entirely repained brown. 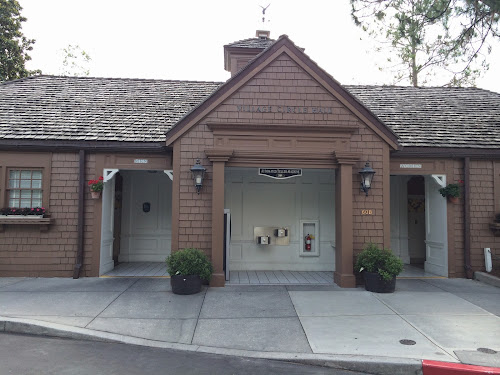 A string of lights has been added between the newly installed lampposts along the waterfront. Shortly after this photo was taken, globes were attached to the top of the posts. 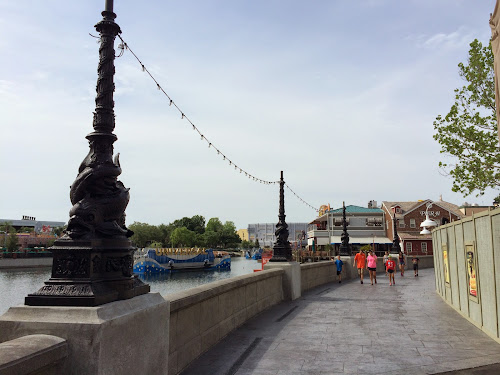 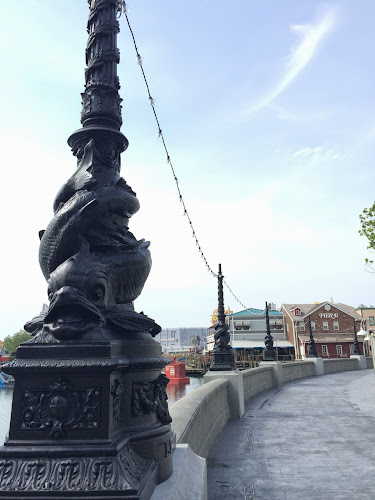 A look at various details in the London area, including the fountain we detailed in the last PotterWatch: 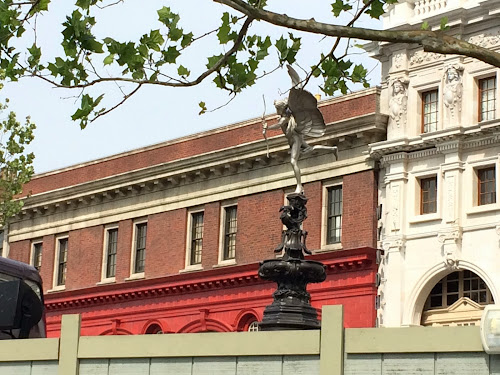 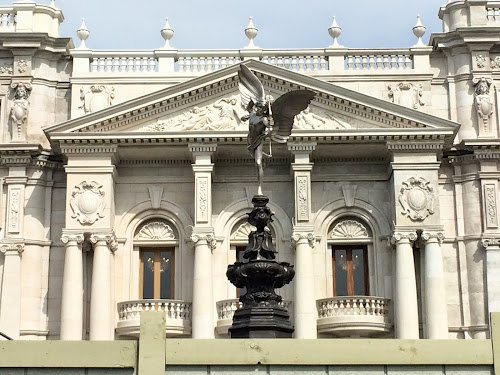 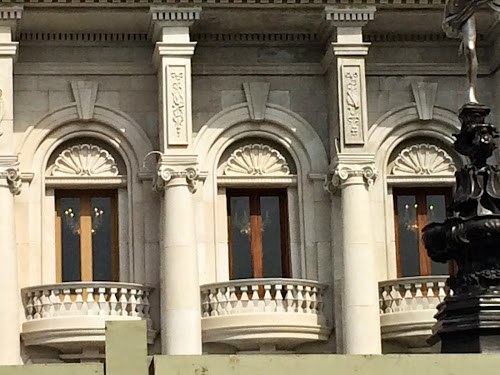 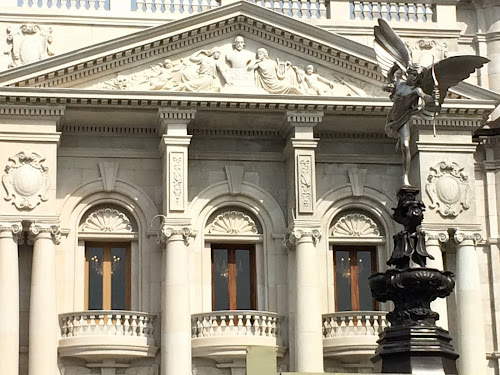 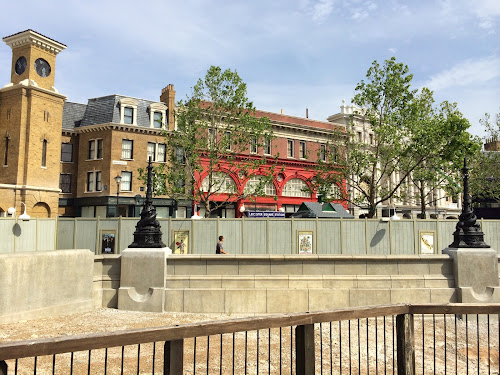 A final paroramic picture of the Diagon Alley exterior.

Between Fear Factor Live and Men In Black, the service animal relief area is being redeveloped. The infrastructure being added may support ticket kiosks for Diagon Alley crowd control. From across the park, you can glimpse hardware peeking over the skyline behind King’s Cross station, that will soon hold the fire-breathing dragon perching atop Gringotts bank. 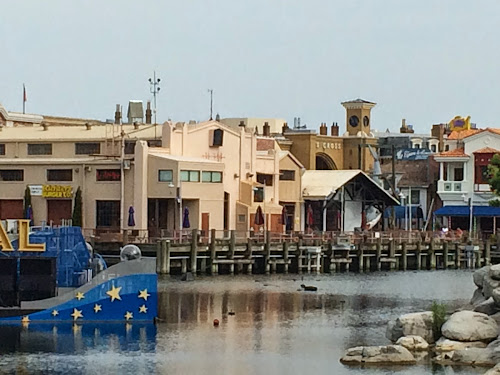 Also visible in the park was the Hogwarts Express, which was parked in a prominent location behind Beetlejuice’s theatre. 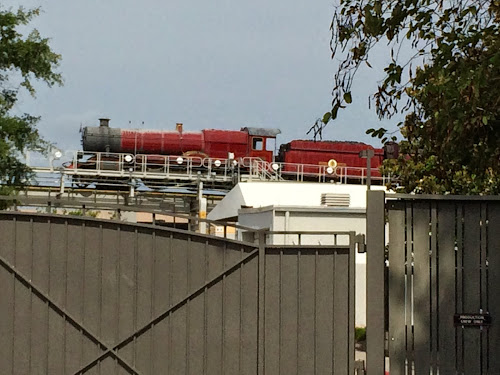 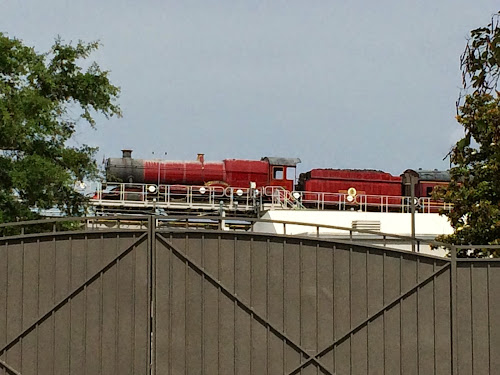 The big news over in Islands of Adventure is the installation of the Hogsmeade stones in Lost Continent outside the entrance to The Wizarding World of Harry Potter. These rocks, which were previously spotted in the expansion pad behind Jurassic Park, resemble rocks seen in the third film during the scene where Hermione punches Draco. 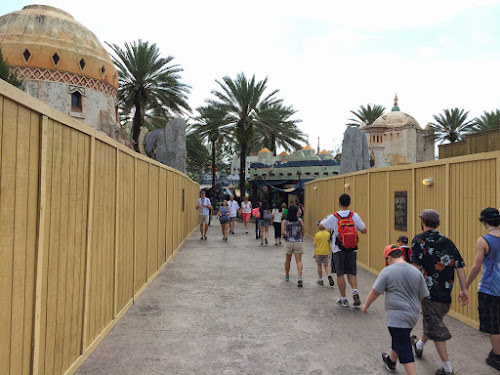 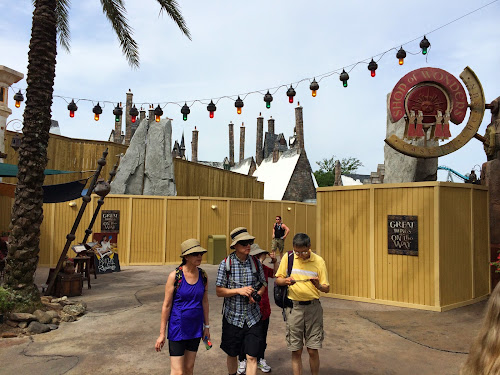 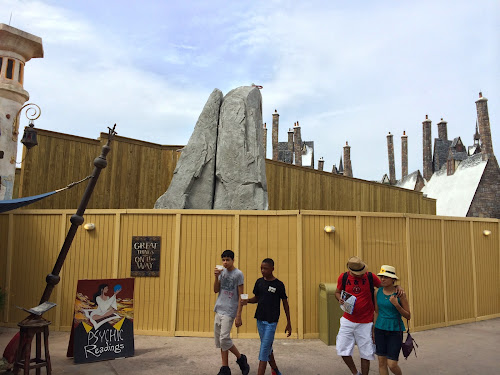 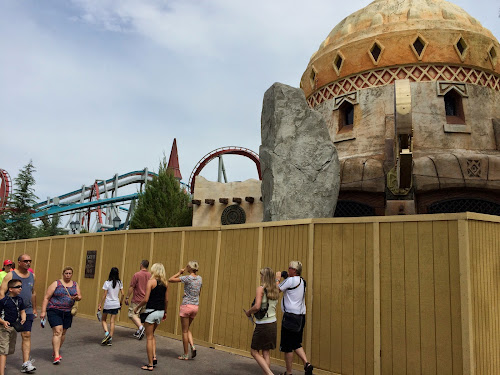 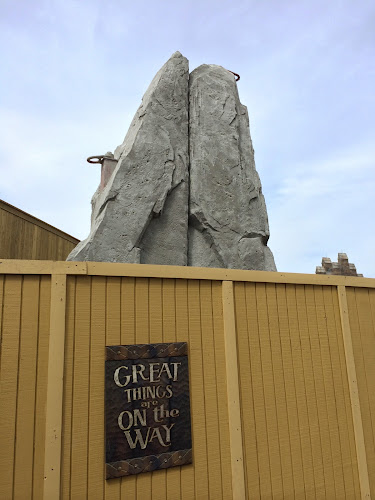 Progress also continues on the Hogsmeade Station, which will lead guests to the Hogwarts Express train. 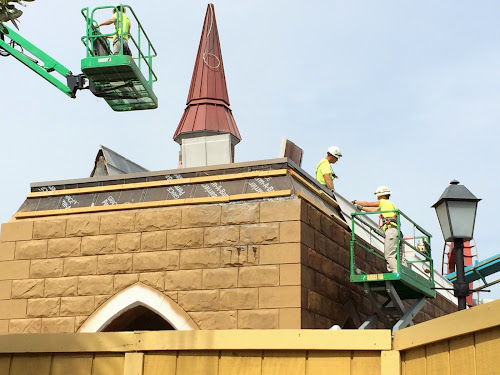 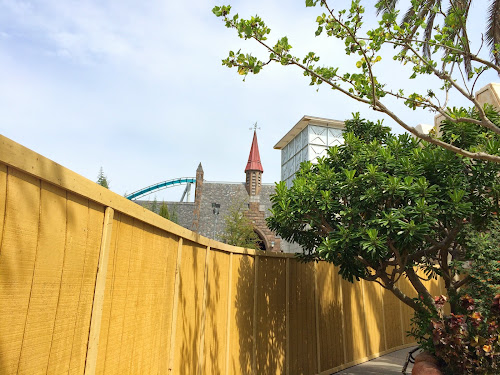 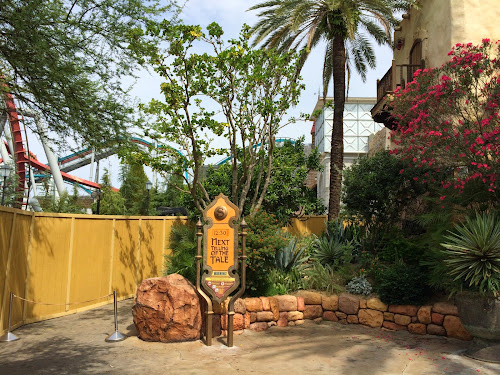 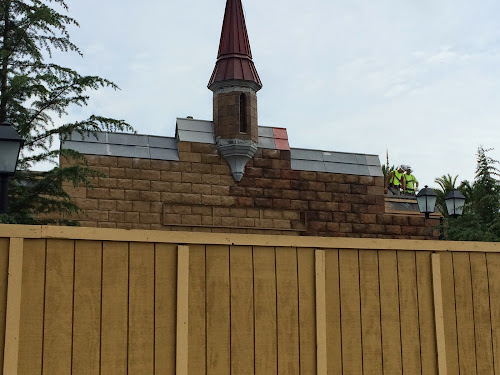 In the early hours of Tuesday, May 13, Universal Orlando released new Gringotts details, finally confirming long-rumored information on Diagon Alley’s signature “multi-dimensional” roller coaster. You can find the details here in Derek Burgan’s report on the reveal, or visit Universal’s webpage devoted to the new ride.

Finally, here is the official announcement video, including behind-the-scene insights from the attraction’s creators: