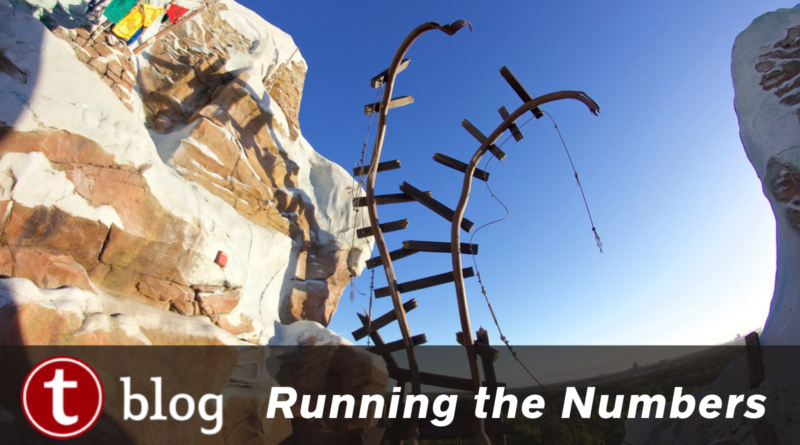 In life, nothing can ever be like the first time.  The space between visits allows memories to fade and helps the magic to feel new and fresh, but there’s no redo for the experience of exploring a Disney park that is new to you. Of course, that’s not necessarily a bad thing. Experience brings knowledge, and knowledge brings wisdom. When we visit again we can focus our energy on things that we know we enjoy, and not things that we might enjoy.  I took a dip into our survey data to see if we could tell which Animal Kingdom attractions are a priority for repeat visitors.

I wanted to compare the number of re-rides to first rides for each attraction in Animal Kingdom.  To do this I needed to know a few things.

I divided the entire set of survey data into two pools based on how many visits the guest had made.  Then I calculated potential and actual riders in each pool for each attraction that was not permanently closed.  Attractions open less than two years were skipped due to the potential for misleading results. 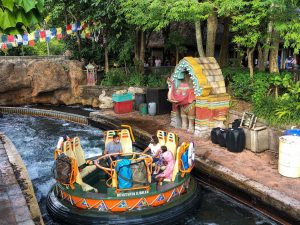 Potential riders was the number of surveys from guests who could have ridden the attraction. I got this by filtering out surveys for trips that happened when an attraction was not available.  For instance, Flight of Passage opened on May 25, 2017, so I didn’t count visitors with trips before that date.  Kali River Rapids has been open much longer, but it usually shuts for a month or so in January or February.  For Kali, I did not include surveys from visitors who were there during these winter closures.

I divided actual riders by potential riders to get the percentage of each pool that actually rode (or walked, or watched).  Then I applied the Two Proportions statistical test to tell me where I could be at least 99% confident that the difference between the numbers from each pool was significant.

I’ll be the first to admit there’s a bit of hand-waving going on in this analysis.  The data I used wasn’t specifically collected to answer the questions I’m asking, and that means I had to do some “based on my expert opinion” with a dash of “sometimes this isn’t going to work, but there are so many results that it won’t matter too much”.  As a data scientist I feel a compulsion to make sure you’re fully aware of these gotchas. 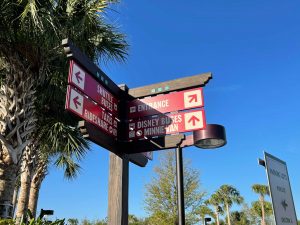 There isn’t really a great way to quantify the rates for these sources of error. The best I can do is to rely on the large number of data points — up to 30,000 in some cases — to minimize the effects.

The above covers issues with the data analysis, but there’s also something I need to say about the results analysis …

Danger Will Robinson!  Danger!  For the purposes of our mutual entertainment, I might suggest reasons for some of the differences we see.  These are pure speculation, and do not represent any actual knowledge of cause. Please don’t quote them like they are gospel, or I will be sad.

There are 11 attractions that repeat visitors rode more than 25% of the time. Topping the list is Kilimanjaro Safaris, pulling in 63% of veterans and 67% of first-timers.  This shouldn’t be a surprise: before Pandora opened in 2017, this was unquestionably the flagship ride of Animal Kingdom.  I think it still is, but there might be some debate about it.

Next up are a pair of rides from Pandora. Flight of Passage gets 60% of returning visitors, while only 54% of first-timers make it onto a banshee.  The confidence level on this one is high (99.999%), but I would be careful here.  This ride has only been open for four years, so it’s likely that the re-ride number is inflated by visitors who were new to the ride, but not new to the park.  And the difference between first-timers and veterans could be exaggerated by the early-days difficulty of getting on the ride at all; it’s easier to give up three hours of touring to wait for one ride when you’ve already seen the rest of the park.  Is this difference meaningful and likely to persist?  Yes.  Is it as strong as it looks?  Not so sure about that one.

Na’vi River Journey, the “other” ride in Pandora, gets virtually the same numbers from both groups at 55 / 56%. Rounding out the top five are Expedition Everest with 55 / 52%, and DINOSAUR, with 45 / 47%.  (Re-ride numbers appear first in all pairs). Here’s the full list of winners that got more than 25%. Attractions that have statistically significant differences between re-riders and first-timers are highlighted in gray.

In this section, we find “things I thought were kinda interesting”.  Are they all meaningful?  I don’t know.  But they’re kinda interesting. First up: poor Rafiki.  Conservation Station is the first attraction from Rafiki’s Planet Watch to hit the list at position 17, followed by the Wildlife Train from the Rafiki station at 18.

Looking at these numbers might hint at the reason that Rafiki’s Planet Watch was given seasonal status in the winter of 2018. Strangely, it appears that more guests in each group rode the train back to Africa than took it out to the Planet Watch to begin with. This lends credence to the idea that perhaps some respondents are not rating absolutely every attraction they experienced.

Gorilla Falls Exploration Trail and Maharajah Jungle Trek just squeaked into the top tier of 25% or more, but Discovery Island Trails was not far behind at position 16.  My takeaway from the performance of the Cretaceous Trail is that at the Animal Kingdom, guests really prefer the trails that have actual living animals on them. Except for Gorilla Falls, all the trails fare equally well with first-time and repeat visitors. At a guess, I would say that the reason the gorillas get a higher percentage of first-timers is because the trail entrance is positioned so that you basically trip over it as you exit the Safari.

Moving on to the shows, Festival of the Lion King is a clear favorite at position 6 overall. UP! A Great Bird Adventure pulls in just outside of the winners list at position 13. The bird show has the dubious distinction of being the only Major Attraction to get beat out by a minor one, with Tree of Life Awakenings just ahead of it at position 12. That could be why this is a rare instance where Disney has removed IP from a show, with Dug and Russell not returning when the park reopened after the pandemic closure.

What do you head for when you visit Animal Kingdom?  Do you have a theory as to why so many more first-timers ride Kali River Rapids?  Let us know in the comments!

2 thoughts on “Veterans vs. First-timers: Which Animal Kingdom Attractions Do We Come Back To?”