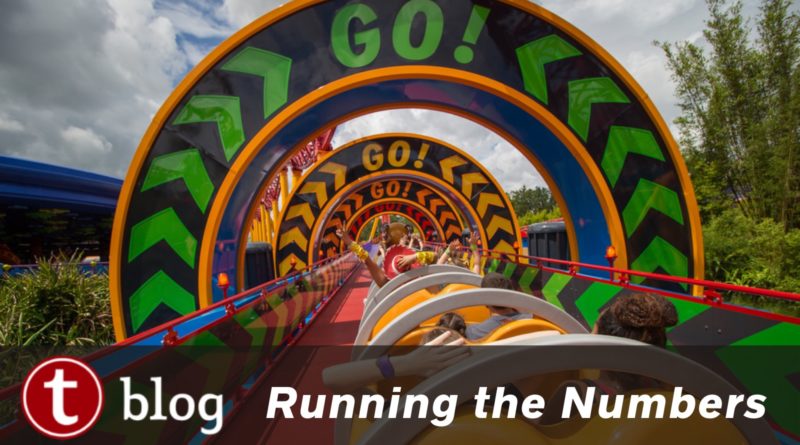 Research shows that planning a vacation and waiting for it to begin can bring people as much joy as actually taking the vacation itself.  In a way this isn’t surprising — when I dream about my upcoming Disney World vacations, there might be crowds but somehow I’m never waiting in line behind them.  I’m also never riding the attraction that I chose because it had a five-minute wait, instead of the amazing headliners.  Recently we took a look at which attractions are worth-the-wait favorites with returning visitors to Animal Kingdom, and today we’ll do the same at Hollywood Studios.

Some Things I Need to Mention

For a complete (but purely optional!) rundown on how the numbers were crunched, see the first article in this series.  You’ll also find a description of a few ways that error could creep into the analysis, some things to keep in mind as we’re going through the results. One particular warning about the analysis of the results is so important that it bears repeating. 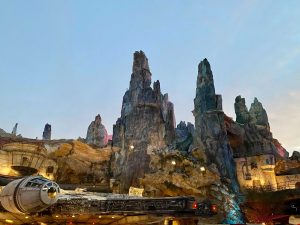 To answer this question I used our pool of survey data, which goes back to 2010. I divided the surveys into pools of returning visitors and first-timers based on responses about how many previous trips guests had taken.  Then I looked at which guests rated which attractions to get the proportion of each pool that returned to each attraction.

As I talk about what I found, I will be unable to resist the urge to propose explanations.  Because, you know, it’s fun to speculate, and it takes away the dry taste of all those numbers.  Be aware though: that’s all those explanations are — speculation.  I’m confident that I crunched the numbers correctly, but I don’t have any specific knowledge of why they came out the way they did.

Another thing you’ll definitely want to know is which attractions were eligible for the analysis: only attractions that aren’t permanently closed and which have been open for two years or longer.  I needed to leave out the newer attractions because they have a high likelihood to give misleading results, but it means there are some glaring absences.  Nothing from Galaxy’s Edge appears in the ratings, and Mickey and Minnie’s Runaway Railway is not there either.

A pair of attractions in Toy Story Land heads up our top 5.  Toy Story Mania pulls in 61% of repeat visitors and 56% of First-Timers, followed by Slinky Dog Dash at 53 and 47% (Re-ride numbers will always be listed first).

I admit I was surprised not to see Slinky in first place since I think of it as being a newer ride which is therefore more exciting.  On reflection, I think the novelty bonus is not enough to overcome the height restriction, especially since Toy Story Mania is the only one of the top five that doesn’t have a height restriction.  Hollywood Studios is a difficult park for riding with your preschooler or anyone who isn’t a fan of rides that might send your stomach sideways, and that might explain why the 8-point edge that Toy Story Mania holds over Slinky is almost as big as the difference between places 2 through 5 combined.

Star Wars makes the grade even without the rides from Galaxy’s Edge, as Star Tours holds down the third spot with 50% of repeat visitors and 48% of first-timers. Next up are a pair of rides on Sunset Boulevard: Tower of Terror (47 / 42%) is in 4th place and Rock ‘n’ Roller Coaster (44 / 36%) is in 5th.  The coaster has the biggest net gain with repeat visitors (and the biggest overall differential), which might be due to the single-rider line.  Veterans may be more likely to know about this time-saver, and they also might not have quite so much invested in “riding as a family”.

Muppets get some love: in the #6 spot, MuppetVision 3D was the only show to beat out a ride as it edged out the Swirling Saucers 38.8 to 38.2.  Is that difference really statistically significant?  Maybe this is a tie?  I’m not doing the math to find out because the Muppets are always tops with me.

Shows as a whole don’t actually fare very well with repeat visitors. Only MuppetVision and the Star Wars fireworks held their own with returning guests. I think the general trend here for shows is kind of interesting.  An easy explanation might be that they just don’t bear watching the second time around, but I wonder if it isn’t that the fixed start times make them tricky to fit into a touring plan. First-timers could be willing to work harder to fit more shows into their day, and that might be what we’re seeing in these results.

The decreased attendance for Lightning McQueen on the 2nd go-round isn’t statistically significant, but I’d give it some time.  This show only opened in March of 2019, which means it’s very prone to miscounting with a lot of first-time attendees of the show who aren’t first-time visitors to the parks. Looking at the 3.6 average rating across all age groups, I predict that the 3.5% difference will only get bigger.

Moving on to the Meet & Greets, we find BB-8 at the head of the pack.  However, these attractions hold down 4 of the bottom 6 spots overall.  They’re well-rated by those who go, but they’re definitely not the most popular.

What do you head for when you visit Hollywood Studios?  Do you love the shows, or do you skip them and head straight for the rides?  Let us know in the comments!

4 thoughts on “Veterans vs. First-Timers: Which Hollywood Studios Attractions Do We Come Back To?”