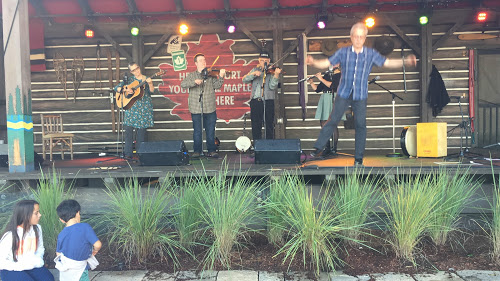 Entertainment in Epcot‘s World Showcase has gone through a tremendous evolution in recent years, and Canada’s Mill Stage has been an epicenter of that overhaul. It seems like only yesterday that we bid a sad farewell to Off Kilter, the long-running Celtic rock band, and welcomed (so to speak) the log-rolling Lumberjack show. Now the Lumberjacks are also long gone, and following a festive seasonal appearance by the Canadian Holiday Voyageurs, Epcot’s Canada pavilion has premiered another new act, which will fill the stage for at least the new few months. Even though they don’t even appear on park maps yet, we were at Epcot on January 15, 2016, to watch TradNation debut and capture their opening-day performance for you to enjoy at home.

TradNation is an acoustic musical ensemble that plays Québécois folk songs with traditional orchestrations. That means a whole lot of fingerpicking, fiddlin’, flute playing, and French lyrics, with percussion provided by a spirited step-dancer’s clacking feet. Even if you aced your high school French class, you may struggle to understand the singers’ Acadian-accented patois, but the humble joy they take in sharing their musical heritage is infectious in any language.

Much like the similar Quickstep folk band in the U.K., the TradNation entertainers feel authentic to the point of lacking the polish and stage presence we usually associate with a Disney theme park show; we’re not looking for matching spangled outfits, but this group looks like they just rolled out of Tim Horton’s.

Here’s our full video of a TradNation debut day performance:

If you enjoy their show, stick around afterwards to speak with the TradNation performers; they’re more than happy to talk about their homeland and its culture. 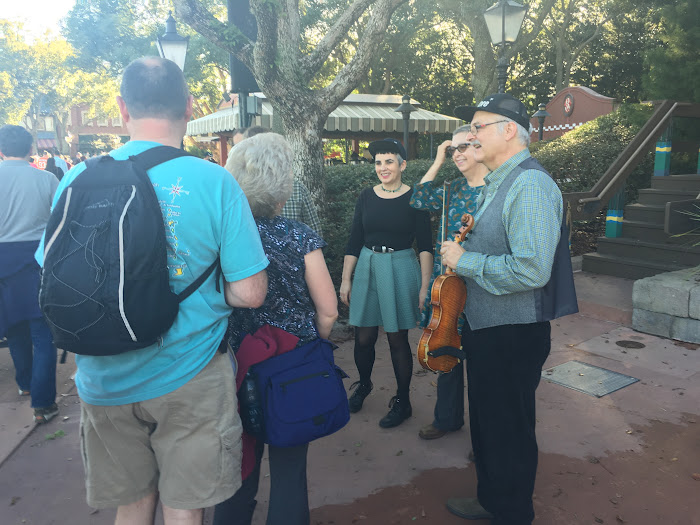 TradNations is currently performing 7 times a day on Canada’s outdoor stage, with each set lasting about 20 minutes. TradNation debut day performances were at 12pm, 1:15pm, 2:15pm, 3:45pm, 4:45pm, 5:45pm, 6:45pm. That schedule is very likely to change; we’ll update it in Lines as soon as the times are officially released.

The current lineup of TradNation musicians are contracted to stay through March, after which time they will rotate with other members of the extended ensemble. The TradNation performances are expected to continue throughout 2016.

One final note: for the time being, all the benches in front of the Mill Stage have been removed. Until they are returned, you’ll need to arrive early enough to get a seat on the stone wall to the right side of the stage, or stand in the sun through the show. 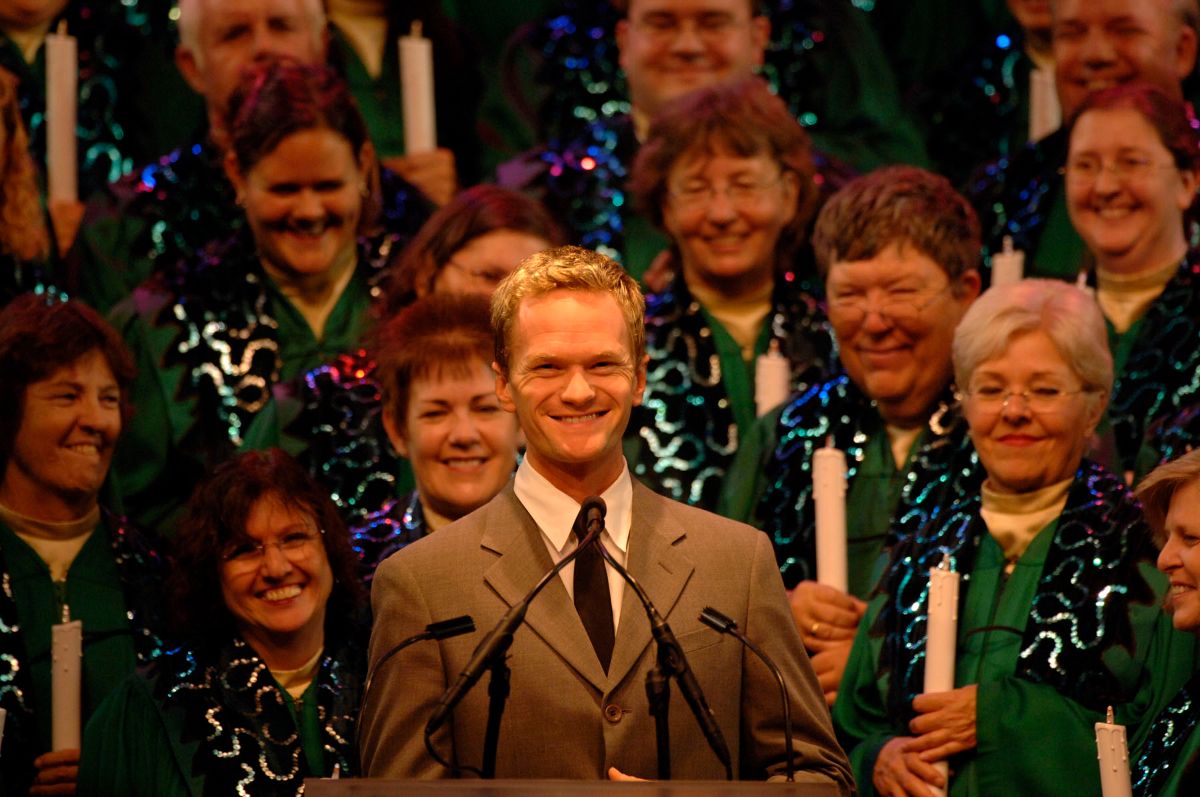