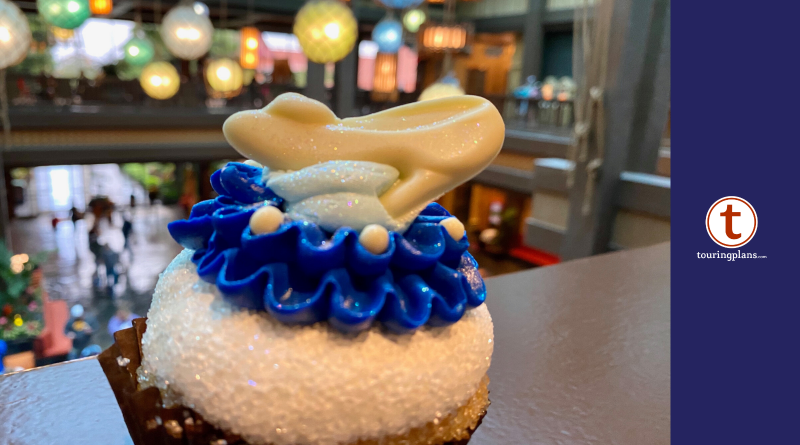 Up first is the Bibbidi Bobbidi Boo Cake found at the Main Street Bakery. The cake was not ready first thing in the morning on its debut day yesterday. Turns out the Cast Members in the bakery were having some challenges without the assistance of the Fairy Godmother. Later in the morning, we were presented with a carriage that unfortunately appeared as though it was after midnight and the spell was wearing off. This cake is much more of a mousse with a cake base. The mousse and cake itself are very subtle in flavor and so the heavy blueberry compote dominates this dessert.

Our team hopped on board the resort monorail and headed to Disney’s Contemporary Resort for the next Cinderella treat. At Contempo Cafe, a pumpkin Cinderella cupcake is the perfect treat if you miss the flavors of Fall. The buttercream frosting helps to make sure the pumpkin flavor does not overtake the cupcake.

In the end, the two cupcakes cast a spell on our team. Sadly, the dessert with the potential to be the best, the Bibbidi Bobbidi Boo Cake needs a little more magic to make it worth the calories. Still, it is a fun concept to have multiple desserts, throughout Walt Disney World, based on one movie.

Which of these Cinderella treats do you find most magical?

Behind The Voices: Disney Princesses 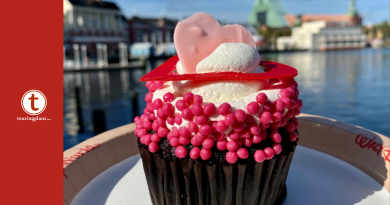