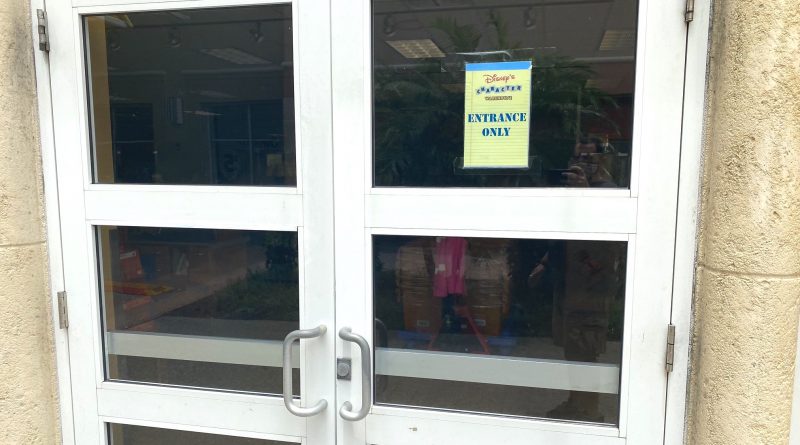 Welcome to the latest edition of The Magic, The Memories, and Merch!, the longest running monthly look at the still closed Disney Outlet Stores in Orlando. That’s right, they are STILL CLOSED. Disney Springs? Open. Disney theme parks? Open. Disney hotels. Open (some of them, at least). The Disney Outlets? Doors locked shut.

However, for the first time we’ve seen some movement in the direction of a reopening. First, let’s check out the Disney Character Warehouse off Vineland Ave. There is now signage on the doors with “exit only” and “enter only.” Going by how many people observe the directional arrows in the aisles at Publix down here, these signs will probably have a similar effect to when Demi Moore “strenuously objects” in A Few Good Men.

A peek through the windows reveals that nothing has been done inside the store in terms of social distancing, nor has any other new safety procedure been implemented that we can see (such as a hand sanitizer station).

The pallet jack here is generally reserved to help the eBay pirates get the merchandise to their cars.

Meanwhile, over at the Disney Character Warehouse off International Drive, this is the signage outside.

So, it may be a little while still until we get our fix of bad Disney merchandise. However, over on Twitter, one member brought back a memory of Outlet items of the past… 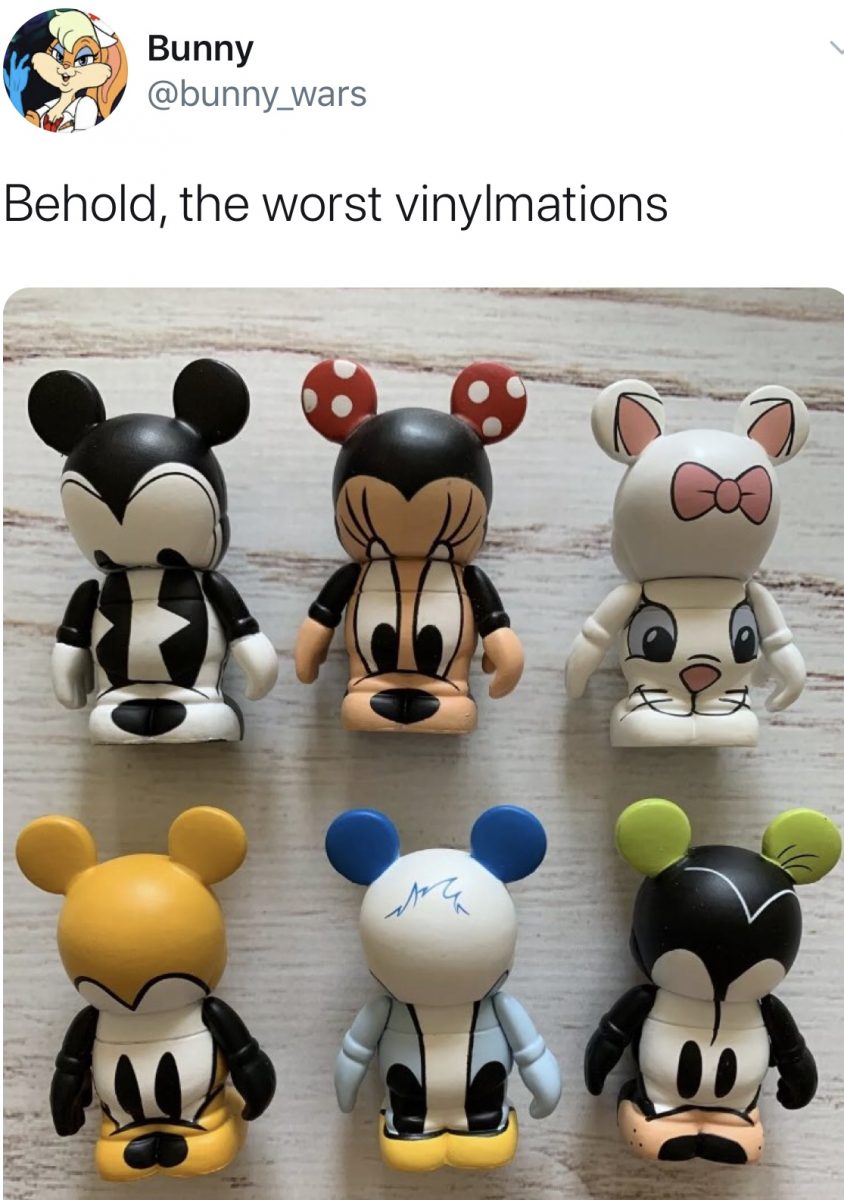 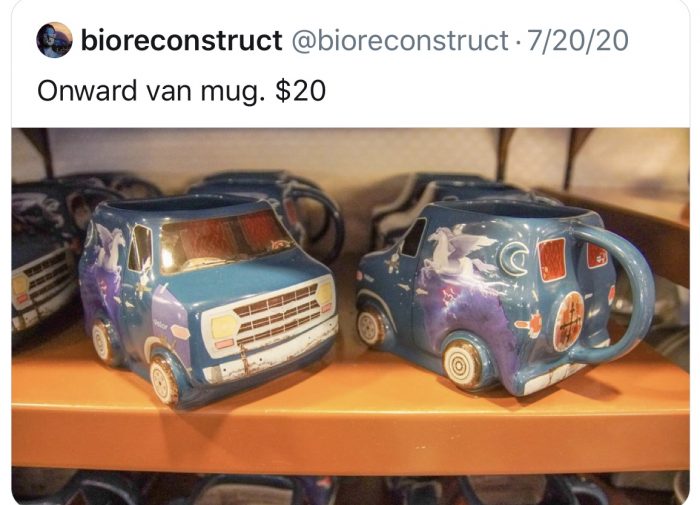 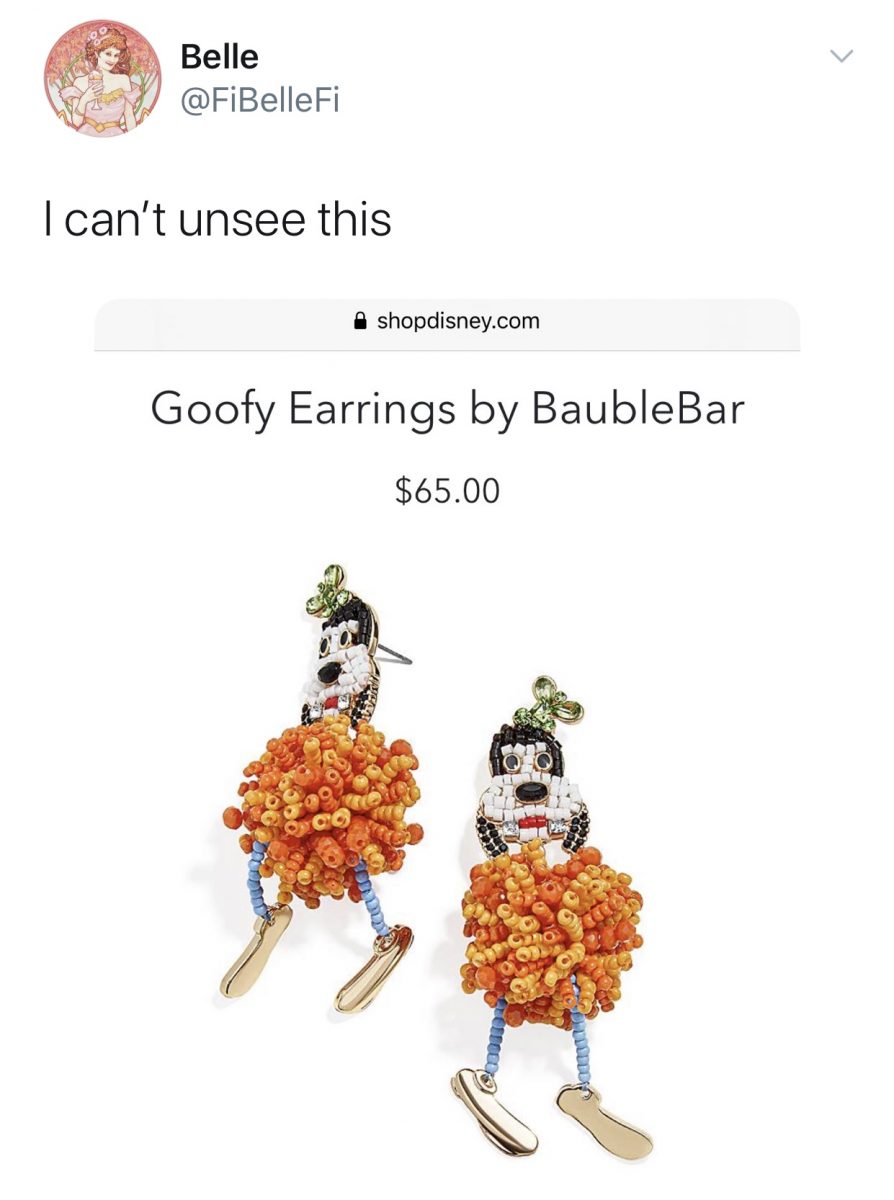 Without fail, one constant question that has come up in this fine blog series is “Does Universal have a similar Outlet store?”

Long answer: They used to, but not anymore. Back in the day there was a Universal Orlando outlet store in what was known as the Festival Bay mall. This is the mall that is located right next to Orlando Premium Outlets at the end of International Drive. Since the mall opened in 2002, it has gone through more “updates” than the Flights of Wonder bird show at Animal Kingdom, all with near disastrous results. Many reading this may remember the mall’s change  several years ago to “Artegon Marketplace,” when it became home to a bunch of small shops featuring local artists. Billed as the “anti-mall,” Artegon was neat idea in theory, but didn’t draw in the crowds like they had hoped for.

Anyway, the Universal Orlando outlet store closed at the Festival Bay mall in April, 2012. The merchandise that went to the Universal outlet store instead went to a new store that was available to Universal Team Members only. Guests are not allowed at this store located backstage.

HOWEVER, what Universal does have is an annual “garage sale.” Inside a soundstage they will sell merchandise at a huge discount, much like we normally see at the Disney Outlet Stores. For the most recent garage sale – which took place at the beginning of July – the first day was reserved for Universal Orlando annual passholders. On the second day, both annual passholders and Team Members could go.

The waiting area outside should look similar to anyone who has gone to the Celebration of Harry Potter events, with the queue located in the New York section of Universal Studios Florida.

Once you get inside the soundstage, you’re at the garage sale. It is a no-frills experience.

Pretty much every brand at the resort has items available, including many from the Wizarding World.

Just like the Disney Outlet Stores over the past few months before they closed down, tons of hats in general were available.

Plenty of shirts too.

Like the Disney Outlets, there were some diamonds in the rough among all the merchandise, like this sweet throw featuring the Universal globe.

But for the most part, the items are stuff you would expect to find discounted.

Now then, another reason Universal doesn’t really need official Outlet Stores like the two Character Warehouse locations is because they don’t have to supply anywhere near the amount of gift shops that Disney does. Forget about the theme parks and Disney Springs, the gift shops for Pop Century, Art of Animation, and the All-Star Resorts are gigantic. I’d make a case that because Universal is also beholden to brands it licenses Intellectual Property from, there is also a higher level of overall quality of merchandise compared to Disney (who for all intents and purposes is their own boss). For example, the items made for the Wizarding World of Harry Potter and Springfield USA are gone over with a fine-tooth comb before they get approved. Meanwhile at Disney, they can make a Forky hat that looks like it should be included with the welcome bag when you check into an insane asylum.

THAT SAID, Universal has put out its share of “outlet worthy” items over the years. I posted this picture of a Spider-Man pin I bought at Universal back in the day. The pin has ol’ web head celebrating President’s Day, as one does. 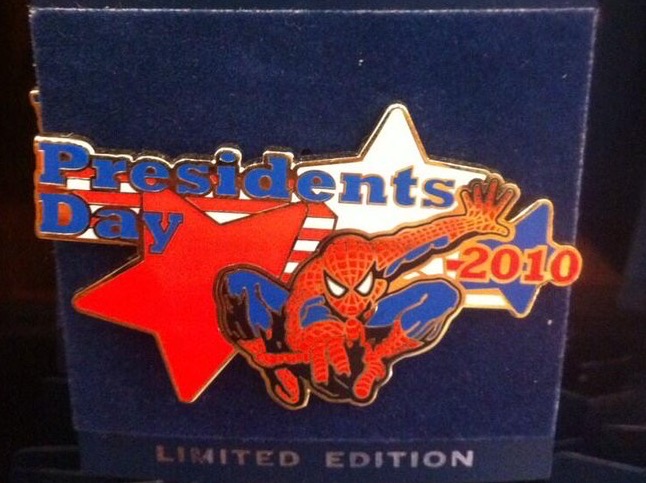 So I asked on Twitter if anyone else had goofy merchandise from Universal over the years, and got back some great responses. First up is this Spidey backscratcher, which I would buy TODAY if they sold it in the parks.

Here’s a great close-up of the hand. 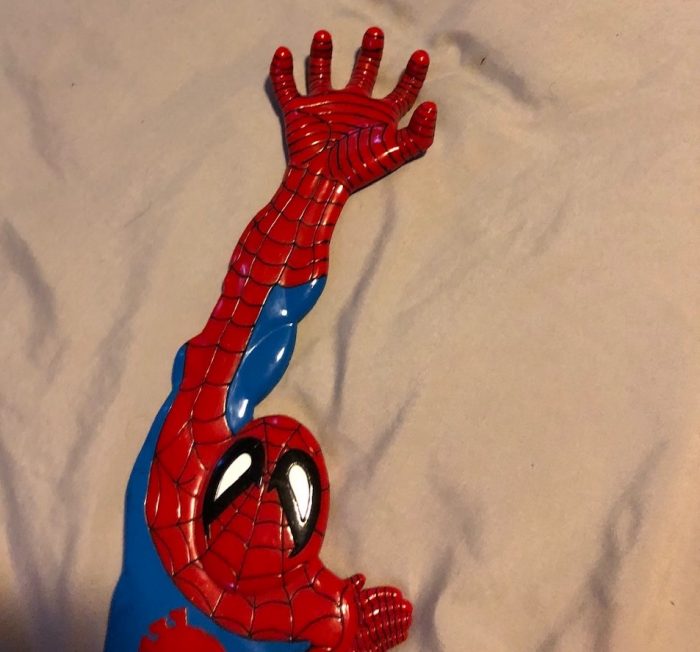 We all love the absolutely BONKERS ending of the E.T. Adventure ride, and here’s a toy which allows you to play that insanity over and over again at home. By spinning that green knob at the bottom of the toy, the plants will move.

Who among us hasn’t seriously considered dropping a couple hundred bucks on a fake dinosaur egg?

Have any goofy Disney or Universal items you have bought at the parks? Send an email to Derek@TouringPlans.com and maybe we can do a whole spotlight on them! 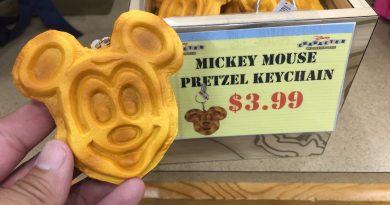 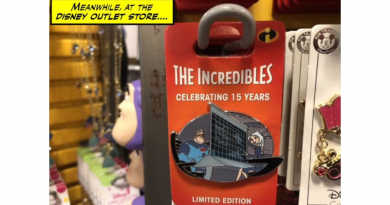 The Magic, The Memories, and Merch! – Disney Outlet Store Update for JANUARY 2021

The Magic, The Memories, and Merch! Looks Back at 7 Years of Disney Treasure, Trash, and Tsum Tsums

5 thoughts on “The Magic, The Memories, and Merch! – Disney Outlet Store Update for JULY 2020”