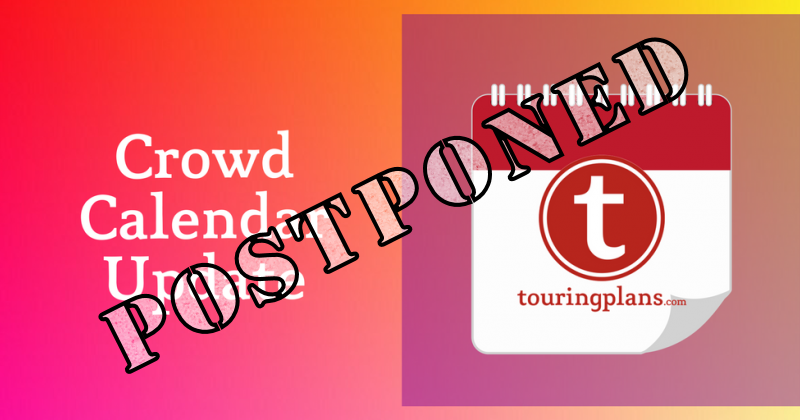 We schedule a monthly update to the Walt Disney World Crowd Calendar to happen around the first of each month. In August we decided to delay the September update so we could analyze the impact of Star Wars: Galaxy’s Edge opening on August 29, 2019, at Hollywood Studios. We figured that two weeks of data would give us an initial take on operations at the parks.

Hurricane Dorian decided to interrupt travel plans for people visiting Florida. The forecast prior to Labor Day had Walt Disney World in the direct path of the hurricane.  Many guests shortened, canceled or postponed their vacations. Labor Day weekend is typically the last week of summer crowds; not in 2019.

Even with Florida missing the worst of the hurricane, attendance at Florida attractions was affected. Hurricane season is not over.

The hurricane season and schools getting back in session helps keep crowds low in Florida.

The next Crowd Calendar update will be October 1. We don’t have any definitive new data that we can use to change our initial predictions for crowds after the opening of Star Wars: Galaxy’s Edge.

Opening day, August 29, 2019, was everything Disney wanted. Guests started queueing up at midnight and were allowed into Hollywood Studios at 4 a.m. The new land was filled to capacity by 6 a.m. The opening day mayhem did not last long. We will chalk this up to the hurricane forecast and low crowds for all attractions in Florida.

The current state of Galaxy’s Edge is not enough to draw a significant increase in attendance at Walt Disney World.  Currently, Millennium Falcon: Smuggler’s Run is the only ride.  Besides taking in the surroundings and taking pictures, all other experiences include an upcharge.

December 5, 2019, will be the big test for Galaxy’s Edge. The state-of-the-art, epic attraction, Ride of the Resistance opens. The success of the land is dependent on this ride.

This will affect touring patterns in the parks. We will have to wait to see how big of an impact this will have on touring. The excessive amount of Extra Magic Hours will give everyone an opportunity to ride headliners with very short wait times. Even for guests who cannot attend the Extra, Extra Magic Hours, the first hour the parks are open to all guests will have low wait times.

The Extra, Extra Magic Hours helps spread out the crowds and gives the guests an opportunity to take an afternoon break. This will help keep down crowd levels. (We calculate crowd level based on the average weight times of specific attractions between 9 a.m. and 5 p.m.)

With Extra, Extra Magic Hours, the need to arrive an hour early to ride Slinky Dog, Flight of Passage, or Seven Dwarfs Mine Train with minimum wait time is not needed. The parks are opening so early, there is not a huge crowd before the parks open.

Disney has big plans for Walt Disney World’s 50th Anniversary in 2021. Disney does not want guests to delay their vacation for two years. They have a schedule of new offerings before 2021 to keep guests coming back.

With new attractions, we will see a change in FastPass+.  Once Mickey & Minnie’s Runaway Railroad, hopefully, we will have a more balanced tiering of attractions.

Each time there is a change in park operations we have to consider the impact on crowd levels. We expect that Rise of the Resistance will increase crowds.

September has the lowest crowds of the year, and 2019 is no different. The inflation factor we added to Hollywood Studios is likely too high. Weather and school schedules have a higher impact on crowds than Star Wars. Expect lower crowd levels than we are currently predicting.

Crowd levels will moderate. Hurricane season is tapering off, and schools will have their fall breaks. We have no reason to believe that crowd predictions will go up with the next update.

Do you have questions for the stats gurus? Let us know in the comments.