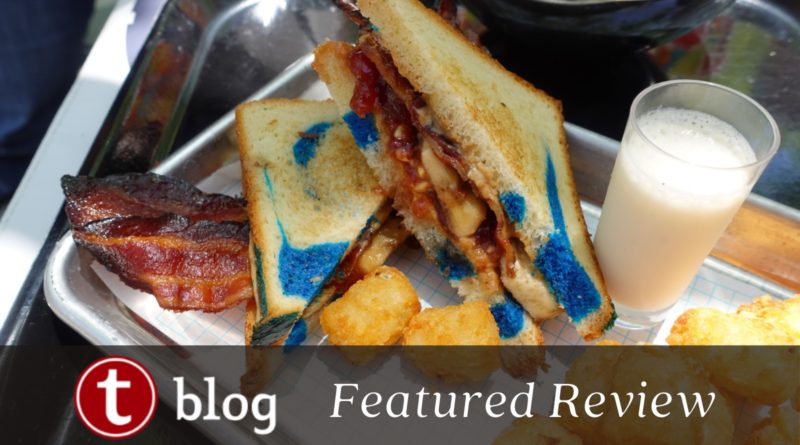 It’s been a busy day at Avengers Campus at Disney California Adventure. One of the most hyped parts of the park has been the unusual foods at Pym Test Kitchen. Here’s what we tried today and our thoughts on it overall. 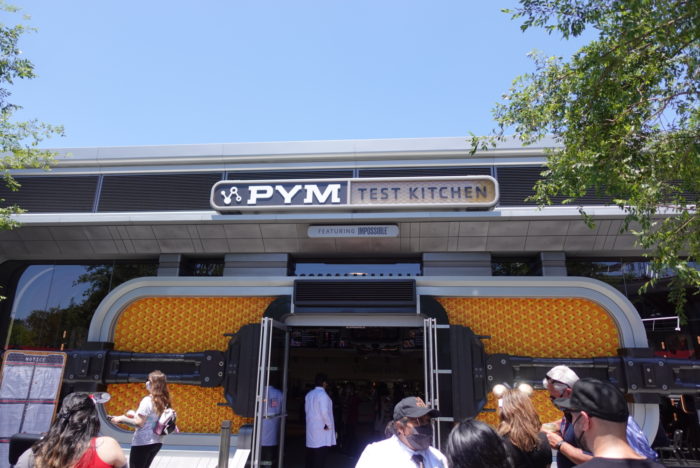 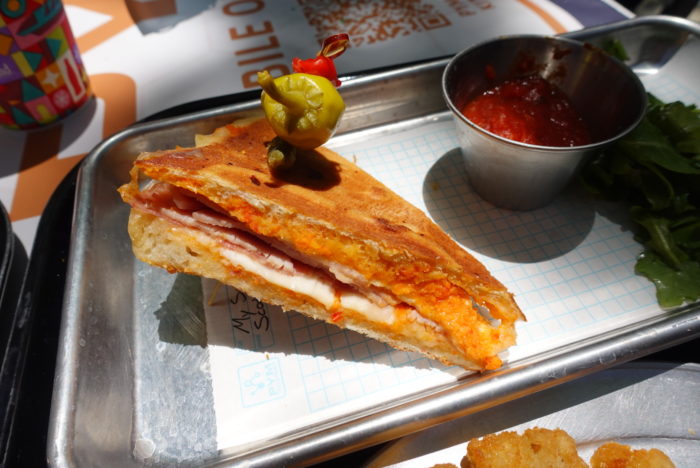 Although the “family size” option gave this one a lot of buzz in the media, we’re sad to say that it just isn’t good. According to in-park reviewer Guy Selga, it tastes like gas station food and the bread is rock hard. There’s also an odd sweet taste to it. This one is a hard pass. 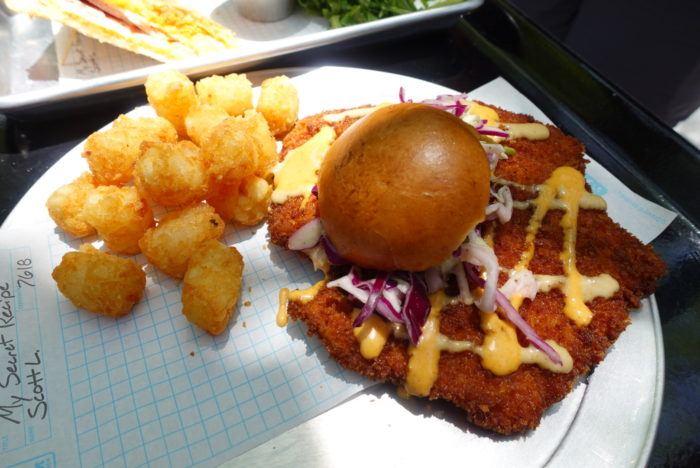 This is certainly one of the more fun items on the menu to look at — a chicken sandwich where the bun was shrunk and the chicken grew. Sadly, the chicken was dry and while the idea was good, it isn’t very practical. The slaw on the chicken sandwich was tasty, and may be the best part of the sandwich. Hopefully the chicken being dry was just opening day challenges and it will get better over time. 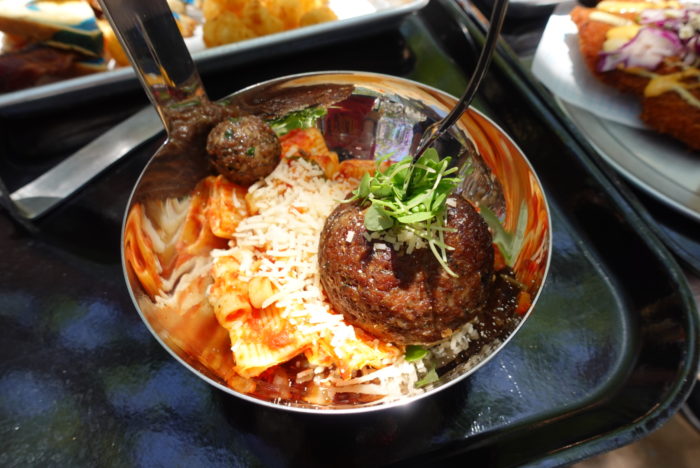 If you’re looking for a plant-based option, we still recommend going to get the falafel shawarma. This dish qualifies as “fine”. The pasta is decent, but not as good as the pasta entrees at Boardwalk Pizza and Pasta. 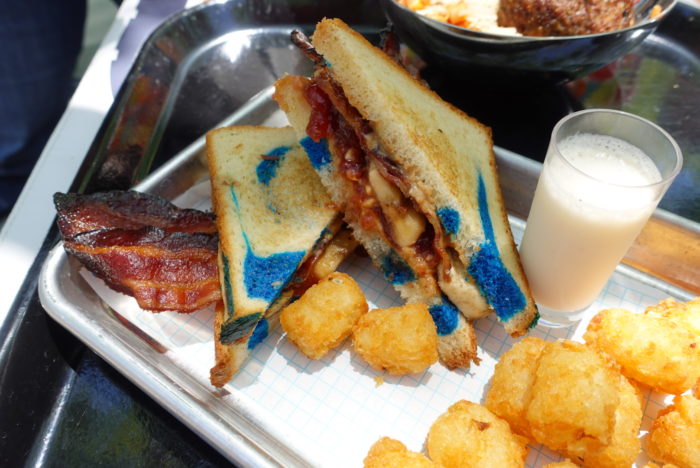 You’ll want to buy this one for the experience, because there’s a lot going on here. So many flavors, and yet it works together. That said, this is really, really intense and heavy, and sweet enough that you wouldn’t want it for a meal. The highlight of the meal, though — that banana smoothie. Just tell everyone it’s not that great and keep it for yourself.

Special thanks to Guy for his coverage from Avengers Campus today! 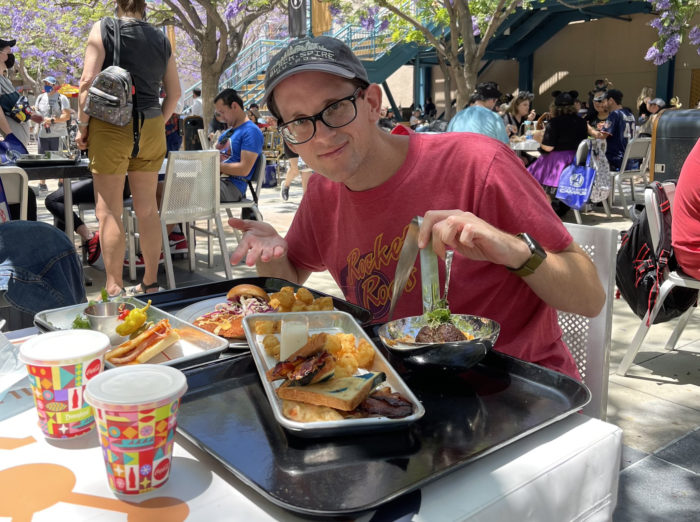