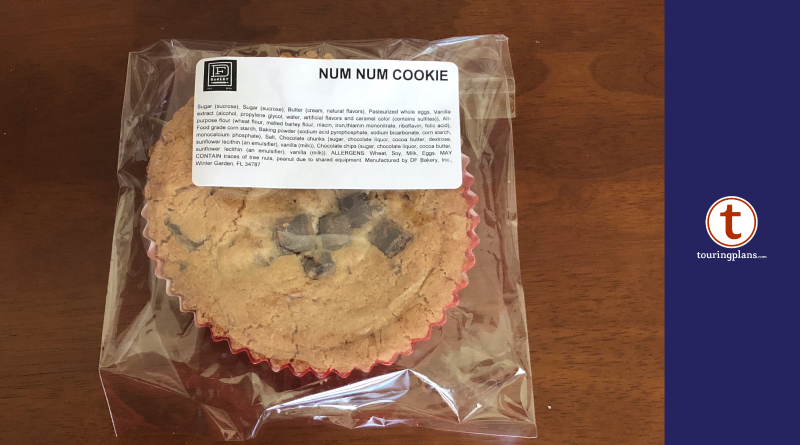 Working in journalism in Washington, DC, there was one major rule: Whatever you do, don’t become the news. Usually this was in reference to scandal, but it’s a good policy. There’s rarely a good reason to see your name on the front page of the paper or as the leading story on the nightly news.

Flashback to a little over a week ago. I live in the area near Walt Disney World, and so I follow a lot of businesses on social media who have Disney connections. When I first moved down here, I found a little bakery that had some amazing fresh stuff for purchase at their small retail store. Visiting them, I found out that they were a supplier for Disney, and so a lot of the foods they made were the same ones that they sent over to Disney. My favorite was the sesame seed flatbread that you could buy by the bag there or find on the buffet at Boma. Within a year after we moved, they closed their retail side to focus exclusively on wholesale contracts.

With the parks closed, that business had dried up, and so they have temporarily reopened for non-wholesale customers. Looking over their list of items for sale, I saw that they offered Num Num cookies — the kind that you could get (when the parks were open) over at Disney’s Hollywood Studios.

I have a Twitter account. It’s very dull in content. Some writing/editing stuff. Occasional Old Woman Shakes Fist at Cloud gripes about the state of the world. A few humorous things. Cat pictures. Maybe some Disney content or pictures of food. Video game stuff on occasion. Random musings. In all seriousness, there’s zero reason to follow me on Twitter — I’m not that interesting! I forget that people, for whatever reason, actually have followed me. So, I posted a tweet about something that I had found interesting and figured that would be that. I don’t believe that anyone actually reads my tweets…

All of a sudden, that tweet was getting a LOT of attention. I had planned not to post the address until Saturday morning (just to make sure that regular customers would have the option to go without long lines of people trying to buy out the stock), but the name of the bakery and the address came out, and needless to say the bakery did have lines and did sell out early on Saturday. Thankfully, I had contacted them and let them know to expect a rush, and was able to place an order for pickup on Sunday — no lines, guaranteed product. Total win.

Long story short, we bought a lot of baked goods that day. 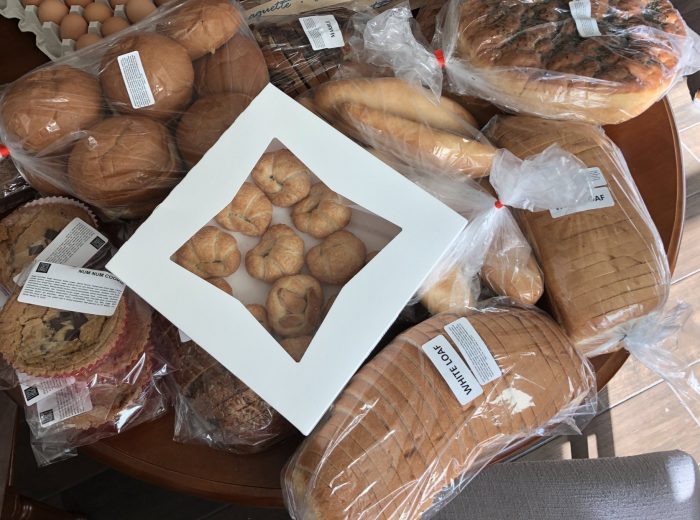 Including the Num Nums, of course. 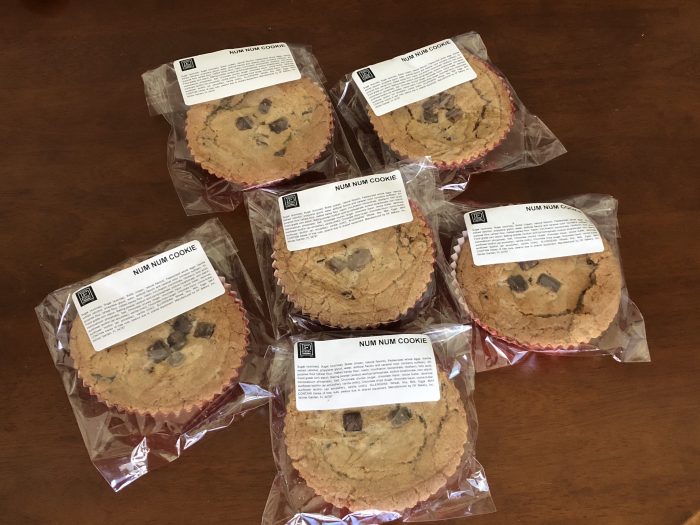 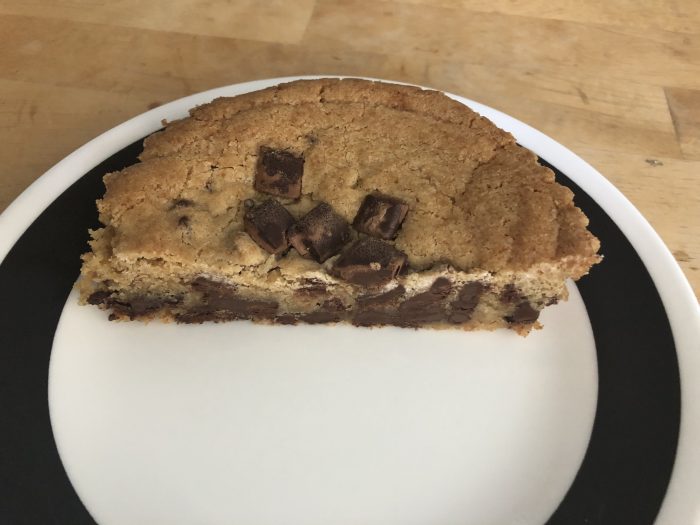 The bakery, Douce France Bakery of Winter Garden, will have their bake sale again this Saturday, but they also do orders for pickup on Wednesdays, Saturdays, and Sundays, and even local delivery on Wednesdays and Sundays.

I know you all love the Num Nums, but there’s a few other things I’d suggest adding to your order for a bit of Disney flair. 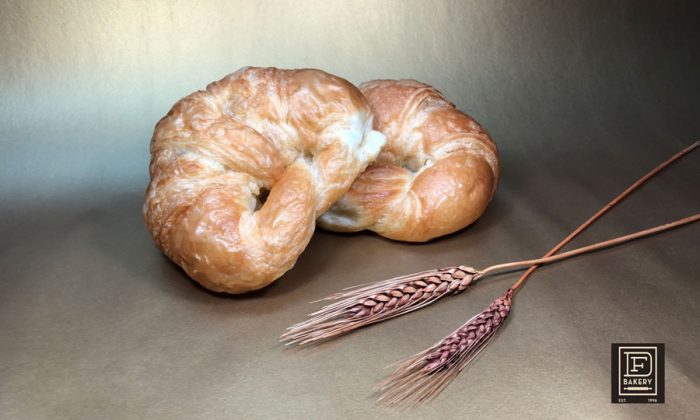 I don’t know for certain that these are the croissants served at Disney, but they’re so buttery and delicious, they are magical. If you like croissants, these are a must-buy (either in then large size or the small size). 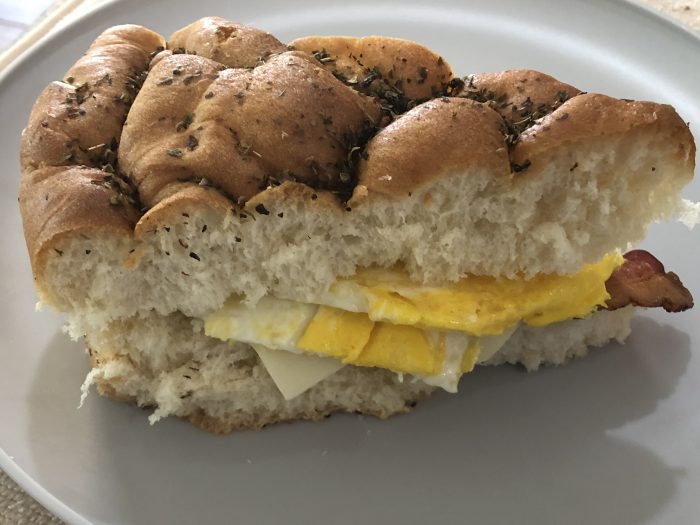 If I’m mis-remembering, blame it on quarantine brain, but I could swear that Sunshine Seasons used to have a “pizza sandwich”, which was focaccia smooshed in a panini press with cheese and marinara. If I’m not completely bonkers, I’m pretty sure this is the focaccia they used. I haven’t been to Sunshine Seasons for breakfast in ages, but I’ve been told they use focaccia on their breakfast panini sandwich. I was too lazy to lug out the panini press this morning, but the focaccia that you can pick up probably could make a dozen breakfast sandwiches like the one I made today (see above). It’s HUGE and an amazing value.

Confession time, I haven’t eaten the cinnamon rolls at Gaston’s Tavern in… well, I think the last time I got it was when they were served at the Main Street Bakery. But these look delicious — I’d add some to your order as a suitable replacement. 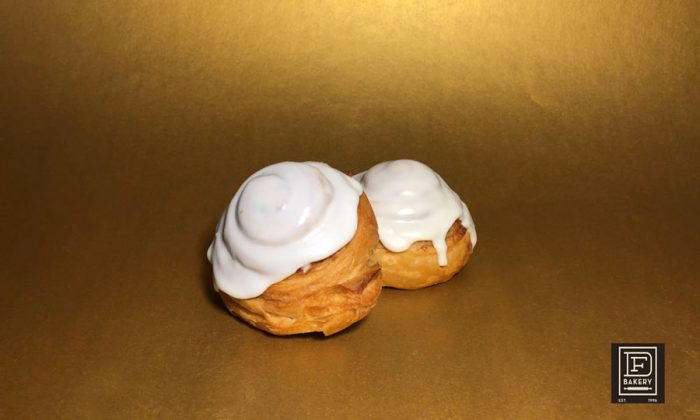 This weekend, the bakery will be offering two speciality items: butter brioche rolls topped with pearl sugar (10 pack) and a Mother’s Day Brownie. 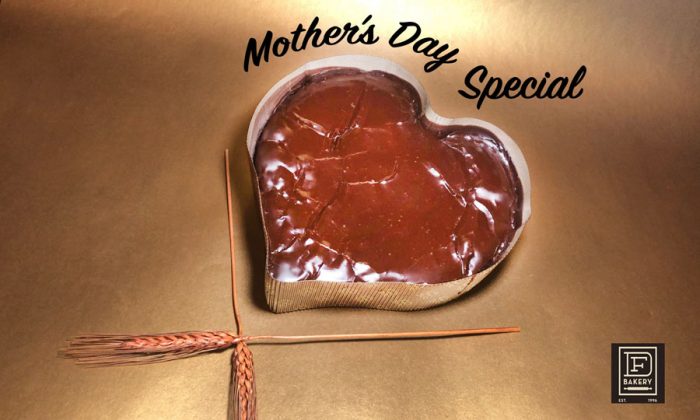 Douce France bakery is located at 610 Business Park Blvd. in Winter Garden. Pickups are at the bakery and the bake sale is just down the road (follow the signs and the line of cars). The next bake sale is this Saturday, May 9, from 8 a.m. to 12 p.m. Cash and credit cards are accepted. Here is this week’s price list for the bake sale. (And yes, that’s $3 per Num Num, compared to $6 at the Studios!) 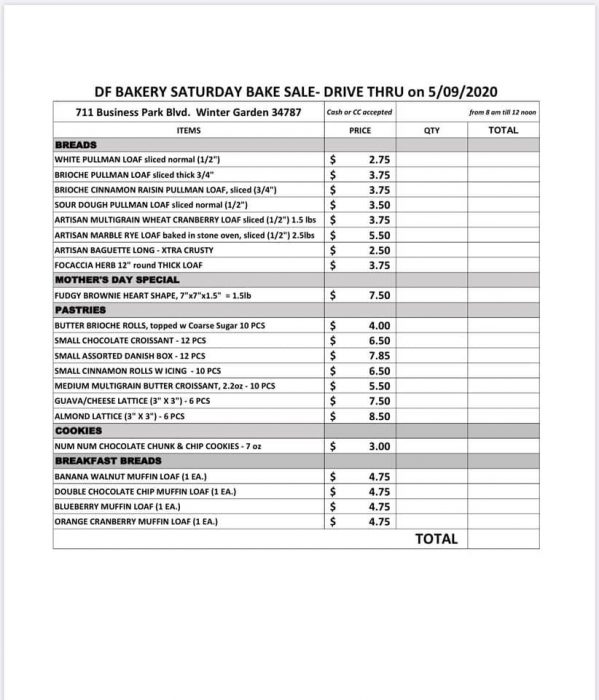 Are you planning to make a trip to pick up some baked goods this weekend? What sounds best to you? Let us know in the comments.