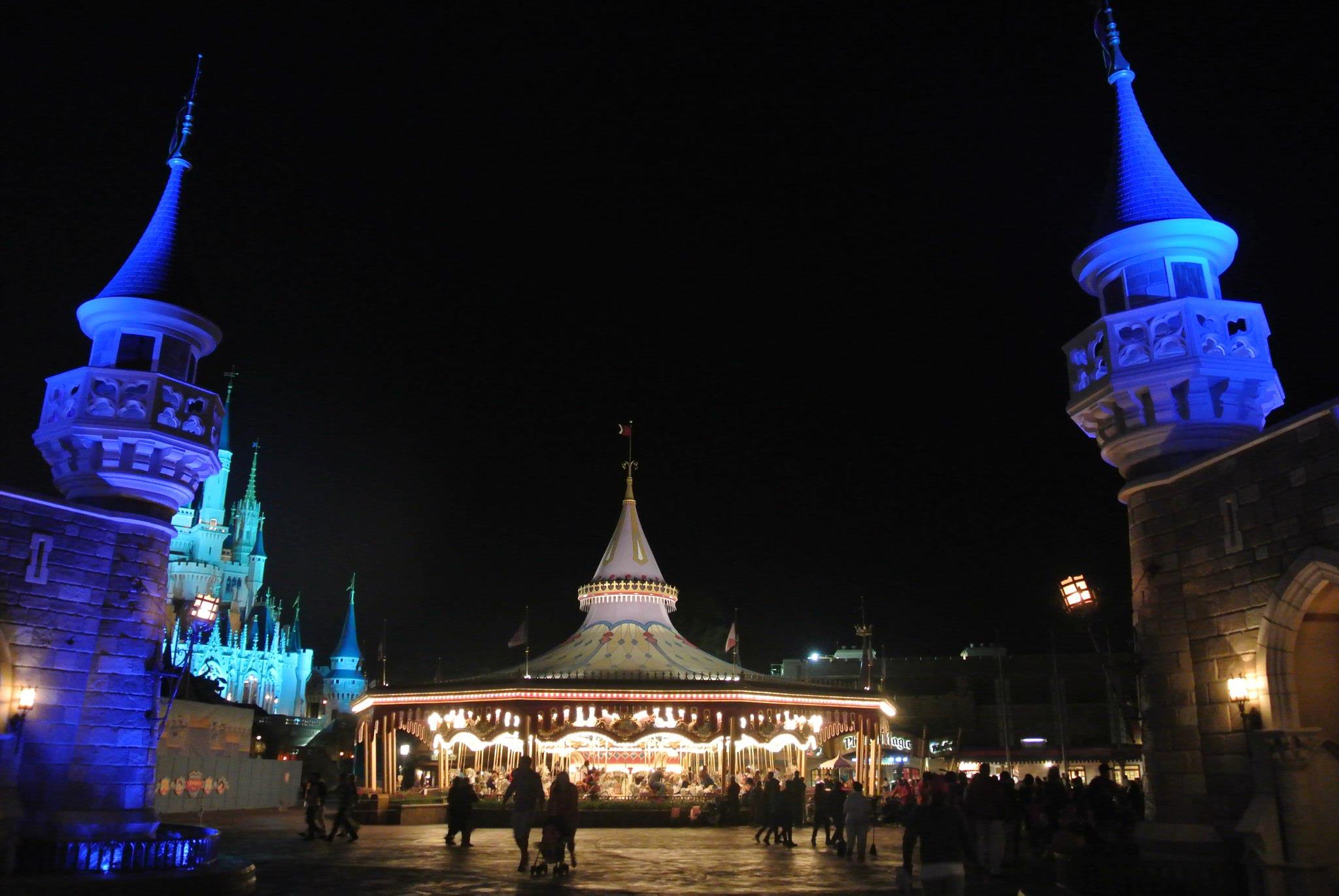 Are you planning or considering a trip to Walt Disney World in January?  It’s not on a lot of traveler’s radar because people are often wrapping up other holiday vacations and kids are just getting back to school.  If you can swing it, however, the reality is that January can be one of the best times to visit Walt Disney World! Gone is the oppressive heat of the summer, depending upon when you go, you can encounter some of the lightest crowds of the year, and the experience delivers the magic you can expect any other time of the year.  So, should you go?  Read on to find out about the pros and cons of a January trip!

One of the most frequent questions I get about January travel to Walt Disney World is about the weather — what to expect, what to pack, etc. The good news is that the weather tends to be pretty mild this time of year, and it’s honestly one of the best reasons to plan a trip in January. Historically, the average highs during this time of year are around 70° F, with lows around 50° F. Also of note: the 3 o’clock rain showers that are common during the summer months are not really part of the January experience — it can rain, but January is one of the drier months, and it’s not like you expect it to rain, like you do during other times of the year.

The bad news, however, is that there can be wild variation in the weather during the month of January.  You might experience weather that is uncomfortably hot, or uncomfortably cold, and you might even experience both on back to back days.  I can remember on one of my first January trips heading to what was then Downtown Disney wearing shorts, but by midday, it was cold enough that people were running around in hats and gloves.  Part of that, of course, is the comically panicked reaction that Floridians have to temperatures that start with a “5,” but it was still a significant temperature swing in just a couple of hours, and it left me pretty uncomfortable. Lesson learned.

So, with the weather being wonky, how do you pack for a trip like this?  I generally suggest that people wait as long as they can to pack, and then pack for the most up to date forecast you have available to you.  If you’re one of those folks that like to pack weeks or months in advance, it would be strongly recommended that you take a look at the forecast and compare it to what you’ve packed a day or two before you leave to make sure it all still makes sense.

With all due respect to those in the meteorological community, however, forecasts for Central Florida that are more than a couple of days out are basically guesses anyway, so you should not treat them as gospel.  I always tell people to pack for the forecast, but make sure you have at least one outfit on both ends of the weather spectrum so if (read: when) the weather goes all cattywampus on you, you don’t need to take time out of your vacation to go shopping for something to wear.

In terms of appropriate attire, it’s all relative, of course, but most people will probably find that shorts or pants and short-sleeved shirts work well during the day, and long pants and something long-sleeved work well in the evening.  Specific things to pack are of course up to you, but in general, the ability to layer your clothes is a good approach. It is unlikely to get so cold that you would need a ski coat or anything that heavy; a t-shirt plus a sweater plus a light coat is more than sufficient for anything that January in Orlando can throw at you, and any of those things would work fine on their own for most January weather in Central Florida.

Do you need to pack a swimsuit?  We often see questions about the pools and whether you can swim in January.  Walt Disney World resort hotel pools are all heated, and you will likely see people swimming in January regardless of the temperature outside. Interestingly, on cold days, it is actually a bit more comfortable to be IN the pool than on the pool deck — the water is warmer than the air, and as long as you’re in it, it’s generally pretty tolerable.  That said, make sure you have a towel nearby for when you get OUT of the pool, because the air temperature is the air temperature, and Disney can’t really do anything about that.

A Tale of Many Crowds

January is often an interesting month, because the first few days mark the end of one of the busiest times of the year, it contains two high-volume weekends with the Marathon and Martin Luther King, Jr.’s Birthday, but it also sees some extremely low crowds at other times. Here’s how the month breaks down this year:

Want more detail about crowds for January?  Check it out day-to-day on our Crowd Calendar!

Differences in the January Experience

Because January has traditionally been a slower month and one where the temperature can be cooler, Disney often views it as a good opportunity to refurbish some of its rides, particularly its water rides. Kali River Rapids and Splash Mountain are frequently closed for part of January, and Disney typically only has one of its two water parks open in January. This year, for example, Kali is closed from January 3 to January 30, and Typhoon Lagoon is closed the entire month (and then some — check out the complete and up-to-date list of refurbishments here). Accordingly, if these attractions are an integral part of your trip, January might not be the best time to visit. Similarly, January tends to see shorter park hours than busier times of the year — you might see later close times at the Magic Kingdom on the weekends, but the normal (read: excluding Extra Magic Hours) close times for the parks are usually between 7 and 9 pm. The early part of January is also noteworthy in that there are a few days when you can still see all of the Christmas decorations up. It’s a bit of a crapshoot as to when Disney will start taking down the decorations, but they traditionally stay up for at least a week after New Years. This year, for example, the new Starbright Holidays drone show at Disney Springs is set to run through January 8, 2017, so that’s a reasonable estimate for how long Disney will keep the resort in holiday mode.

Finally, the installation of the Christmas decor is a big project, and the removal is no different. You can likely expect to see a big crane in the background of some of your photos as Disney removes the icicle lights from Cinderella Castle. We know, no fun, but better to know that it’s a possibility in advance.

There is some new stuff on tap this January, too, that might enhance your trip. Specifically, it was recently announced that Epcot will be getting a new winter festival to join the spring’s Flower & Garden Festival and the fall’s Food & Wine Festival — Epcot’s International Festival of the Arts will kick off this January 13, 2017.  The festival will run on the weekends, and will feature visual and performing arts, in addition to opportunities to sample artistic culinary creations. Take a look at Rikki’s recent preview for more details!

This isn’t really a January-specific thing per se, but January does usher in some changes to the Disney Dining Plan, so it’s probably worth mentioning here.  In years past, both the Quick Service and Standard Dining Plans included dessert with their quick service meals.  Now, the Quick Service meals no longer come with dessert, but Disney does give you one extra snack credit, such that you will have two rather than one.  This is actually a nice bit of extra flexibility, especially if you’re not the sort of person that wants to eat dessert with every single meal.

Whether this changes impacts whether or not the dining plan is actually a good value for you, however, is an entirely different question that depends upon your situation and the way you eat.  Also of note, Disney is changing the pricing of the plan: the Quick Service and Standard Plans both see price increases of $2-3 dollars each, while the Deluxe Dining Plan actually sees its adult price decrease from $115.08 to $103.57 (the child price increases slightly from $35.49 to $37.62).

So, have you been to Walt Disney World in January before?  What do you think of it as a time to visit?  Any pros or cons that I may have missed?  Let us know in the comments!

5 thoughts on “January in Walt Disney World: A Primer”