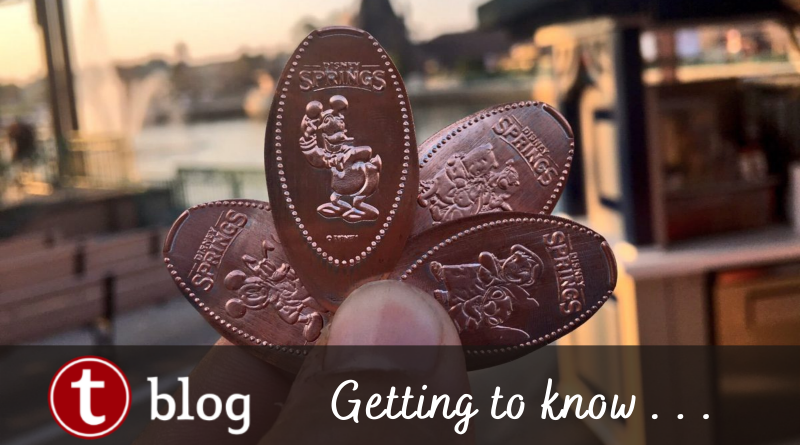 When my husband, daughter, and I moved near Walt Disney World, we made a promise to ourselves that we wouldn’t go crazy buying souvenirs and merchandise so that our house didn’t become its own off-site Disney outlet. At the same time, we do enjoy the idea of collecting items. For us, pressed pennies (and dimes and quarters) were a great option. 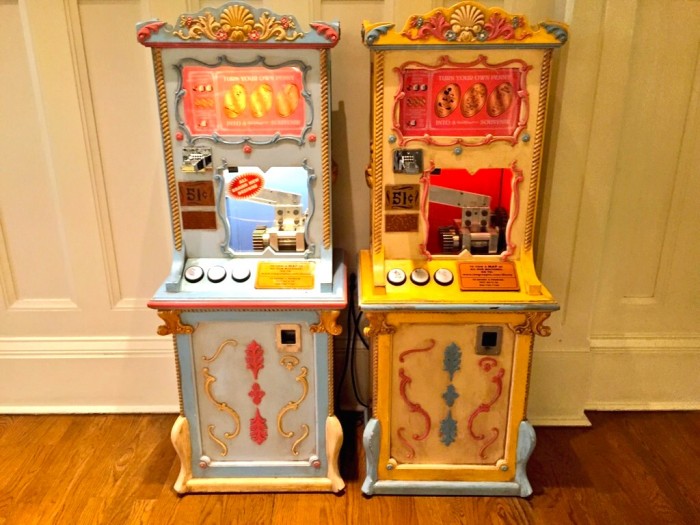 Here are some of the reasons we love collecting pressed pennies:

Pressed pennies can be found all throughout Walt Disney World, at the theme parks, resorts, water parks, and Disney Springs. In addition, there are pressed penny machines in the Port Canaveral terminal before you board a Disney cruise. Pressed quarters are found alongside some of the pressed penny machines. At one time pressed dimes were available in one place only at Walt Disney World—in the arcade in Tomorrowland just outside the exit from Space Mountain.

There used to be three basic types of machines at Walt Disney World: ones that use a hand crank to select the design you want and then crank some more to press the coin, ones where you press the button of the design you want and the machine does the hard work (but you still supply your own coin), and ones where you don’t supply your own penny but the machine comes pre-loaded with coins to press. A major shift to the pre-supplied coin versions has been ramping up in earnest, and PressCoins.com reports that a majority of the machines at Walt Disney World have been converted at this point. These new machines take dollar bills and accept credit cards and sometimes ApplePay. 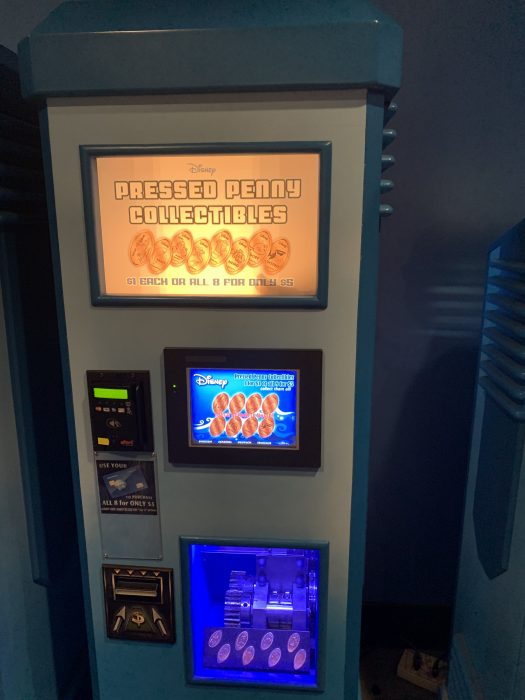 This site contains checklists to help you locate and keep track of the coins currently available, as well as those that have been retired. Many of the pages show not only the coins themselves, but what the machines look like (as the machines can seemingly play hide and seek in the back of stores around property).

To locate other pressed coins around the world, check out the “official web site for elongated pennies” at PennyCollector.com.

There you can find everything you want to know about pressed penny machines throughout the world, plus resources to help you buy, sell, and trade.

What To Do with a Collection

Books to store your pressed pennies can be purchased at many gift shops around property. If you are interested in getting more creative, a few minutes on Pinterest can provide a variety of ideas. From jewelry (such as earrings and charm bracelets) to framed artwork to keychains and more, there are many different DIY projects that you can do with pressed coins.

How do you decide what to collect? That’s really up to you. Some people may try and collect them all. Others may go for a specific character, or only coins of rides they have been on. 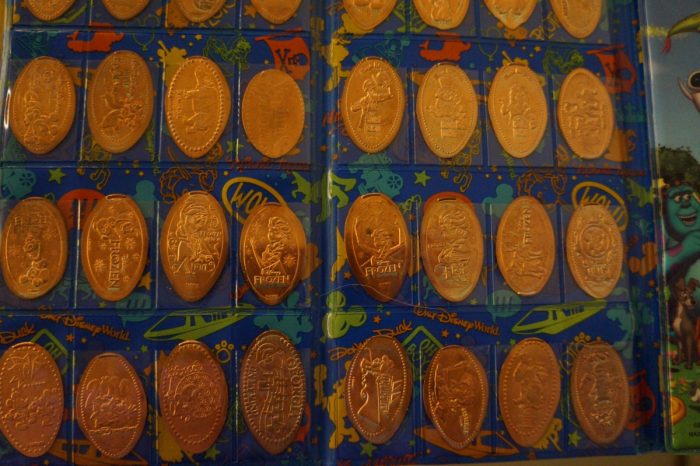 When we first started collecting coins, some of our relatives expressed concern for our daughter’s eventual chances at a presidential run for her willful destruction of U.S. currency and asked “Isn’t it….well, you know….illegal to do this?” In short, the regulations about mutilating money comes more from the standpoint that I can’t take two ten dollar bills, cut out a zero from one of them, glue it to the other, and try to say it is a hundred dollar bill. As long as you are not trying to pull a fraud, you are allowed to safely “mutilate” the coins in pressed penny machines, as signs on the machines clearly state. 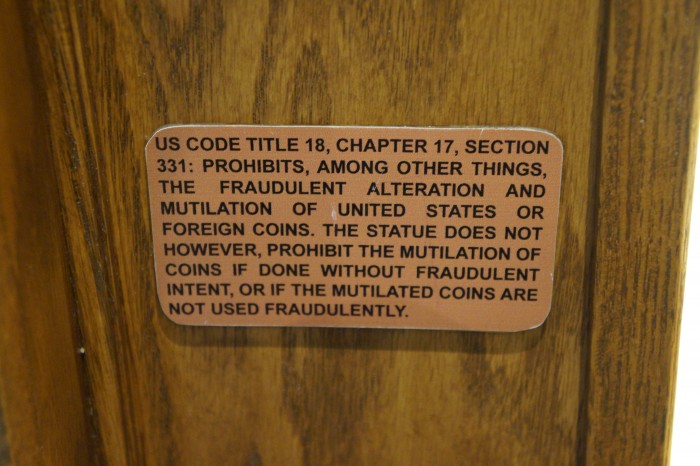 So are there any other pressed penny collectors out there? Got a favorite? Got a design you wish Disney would make? Leave a comment and share your love for the smashed cents out there!