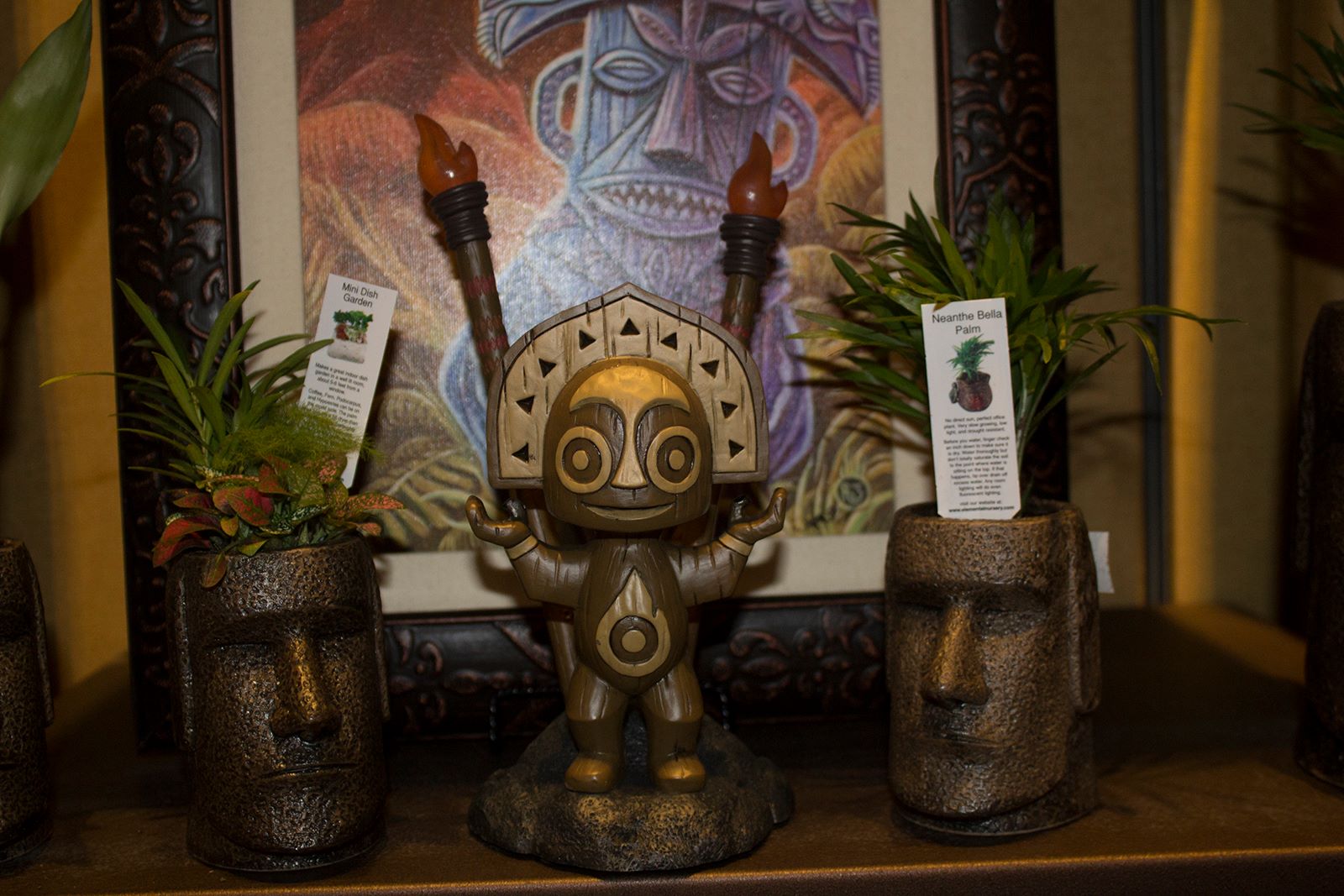 This week’s SATURDAY SIX takes a look at The Best Resort Specific Merchandise at WDW! Longtime readers of this fine blog series will remember that we have looked at the Best Souvenirs at Disney, the Best at Universal, and even the Best Pieces of Disney Merchandise That Don’t Exist. Heck, we even risk our lives and sanity each and every month to deliver you the fabled Disney Outlet Store Photo Report. So it is safe to say, we like merch. Now, one of our favorite types of theme park resort merchandise is the stuff you can get at the onsite hotels. When looking at them back at home, they instantly remind us of the great times we had on vacation and the places we have stayed at. Disney has always been the industry leader at incredible resort specific merchandise, but several years ago the company switched to a more homogeneous look for much of its hotel merchandise. With a very similar style of logo for various resorts all on the same type of items (t-shirts, coffee cups, keychains, etc), it was like Disney was running a Zazzle account writ large. Thankfully, more original merchandise has started to make its way back to the resorts, along with some old favorites. Today we’re going to look at our favorite resort specific merchandise, starting with…

Believe it or not, Disney’s Fort Wilderness campgound has one of the highest amounts of great resort specific merchandise on property. From great looking pins and shirts to amazing prints, Fort Wilderness offers an array of unique items that most other WDW hotels can’t compete with. There’s even a Fort Wilderness air freshener! Our absolute favorite piece of merch is the Camper Keychain ($9.99). Not only is this an incredibly creative keychain compared to what you’ll find at other resorts, the headlight of the camper is a working flashlight! Talk about the Disney Difference, and be prepared to talk about your Disney vacation when your friends and family back home see your cute keychain.

When Disney’s Polynesian Village Resort did a major refurbishment of its lobby back in 2014, many Disney fans were getting their pitchforks and flames ready. We knew that the huge water feature – which was the centerpiece of the Poly’s lobby for years and years and years – was going to be removed, but we didn’t know how it was going to look after. When the new look of the lobby emerged, at least some broken hearts were put at ease. Yes, we would miss the giant waterfall, but in its place we got a much more open and colorful lobby, along with an unbelievable look right at Cinderella Castle. A little bit of uniqueness was sacrificed for a lot more practicality.

In early 2015, the Poly added a large Tiki statue based on the playful demigod Maui. Most of us now know of this character from Polynesian lore thanks to the awesome Disney film Moana, but at the time most people only thought of Maui as an island in the Pacific. The Tiki statue became to be known as “Tiki Shrug” or “Shruggie” because it appears to be shrugging. It is a fun statue, and even more fun is the fact that you can by a scaled down version in the gift shop ($55.00). One thing I loved about the gift shops on the Disney Cruise Line was that you could buy small versions of each ship’s lobby statue. Being able to have your very own “Shruggie” on the mantle of your own house brings a little bit of the Polynesian Village back home with you from Florida, and who doesn’t want that?

One of the more relaxing places to be on Disney property is inside the Grand Floridian Resort lobby when the orchestra is playing. With a mix of ragtime, traditional jazz, Dixie, and Disney music being played, this is “background music” that no other Disney hotel can touch. One of our favorite things to do is order a nice cocktail over at Mizners, and then take the drink down into the lobby to sip on while taking everything in. For a small taste of that music at home, you can pick up The Grand Floridian Society Orchestra CD in the gift shop ($13.95). Since you can’t replicate the gorgeous Grand Flo lobby at home, we suggest getting a 12 pack of Miller Lite as your “Mizner Cooler” to speed up the job. And yes, I know my #Millenial readers are asking loudly “what’s a CD?”

We recently shook the SATURDAY SIX magic 8 ball and asked, “is a SAT SIX on Disney’s Wilderness Lodge in the near future?” The answer: it is decidedly so. That is good news for us, because with one of the most impressive lobbies in WDW, the awesome Territory Lounge, the even more amazing Whispering Canyon Cafe, and an actual geyser that goes off every hour, Wilderness Lodge just may be our favorite Disney hotel. One thing that any guests who walks through Wilderness Lodge will notice immediately is the stunning totem poles. They are jaw dropping and – like many of the great Disney resorts such as the Boardwalk – steeped in history. Sitting outside the gift shop is a large totem pole featuring four Disney characters (Mickey Mouse, Goofy, Donald Duck, and Humphrey the Bear).  This cute totem pole is the basis for a lot of Wilderness Lodge merchandise, including pins, t-shirts, and photo frames, but we what absolutely adore is the small scale totem pole you can take home ($29.95).

Growing up, I always dreamed of my family staying at Disney’s Contemporary Resort. Unfortunately, we always stayed offsite in cheap motels. One of my favorite parts of early Disney vacations was taking the monorail through the Contemporary and dreaming of staying there. Thanks to benevolent benefactor Len Testa, I was able to check A Stay At The Contemporary off my bucket list. It was everything I dreamed of, but made me want the Contemporary Resort Monorail Toy Accessory even more ($49.95). This has been a toy that I have wanted for the collection for years, probably since the first day I ever laid my eyes on it. The holdup? I’m semi-certain that my longtime girlfriend – who hates toys – might put a pillow over my head as I slept if I brought this home and set it up in the house. In the past, Disney has released monorail toy sets for both the Grand Floridian and the Poly as well. For all three of those I would in no uncertain terms risk the possible death, because I would die truly happy.

# 1 – Pretty Much Anything At Animal Kingdom Lodge

Unlike the other onsite hotels on this list, there’s not one single item at Disney’s Animal Kingdom Lodge that stands out above the others, but it is the sheer volume of unique items. Unlike other Disney resort gift shops, the massive store inside Jambo House is filled with a ton of unique items. Just like the rest of the Animal Kingdom Lodge, many of the items don’t have the Disney brand shoved into your face (there is a section of the store that does sell Disney items as well). In many ways, the store (and the entire resort) feels like an extension of the Animal Kingdom next door. The hand carved instruments and animal figurines are beautiful and fun to play with. There are gorgeous art prints, and what other gift shop at WDW offers plants for sale? Most of us enjoy being in “The Disney Bubble” but the Animal Kingdom Lodge  – with its large savannahs, exotic restaurants, and unique gift shops – are like a bubble within a bubble. I love walking through the shop and just checking out all the various items, as I get a sense of wonder I just don’t feel at many other stores, Disney or otherwise.

I absolutely adore the whimsical – and nautical – nature of the merchandise at Disney’s Yacht Club Resort. Similar to the nearby BOARDWALK, many of the unique items have a nice nostalgic feel mixed in with a cute boating theme.

So there you have it: The Best Resort Specific Merchandise at WDW! See you next weekend for the latest installment of the SATURDAY SIX, where we’ll look at something fun from the world of Disney and Universal. If you enjoyed yourself, be sure to check out The Magic, The Memories, and Merch! articles, or, for your listening pleasure, check out the E-Ticket Report podcast. You can also follow Your Humble Author on Twitter (@derekburgan).

Special Thanks to crack staff photographer Brandon Glover and blogger to the stars Megan Stump for their invaluable assistance with this article. Be sure to also check out Brandon on The Park Blogger podcast with co-hosts Aengus Mackenzie and LitemAndHyde , while fellow Potterheads may enjoy Meg’s work on the Central Florida Slug Club.