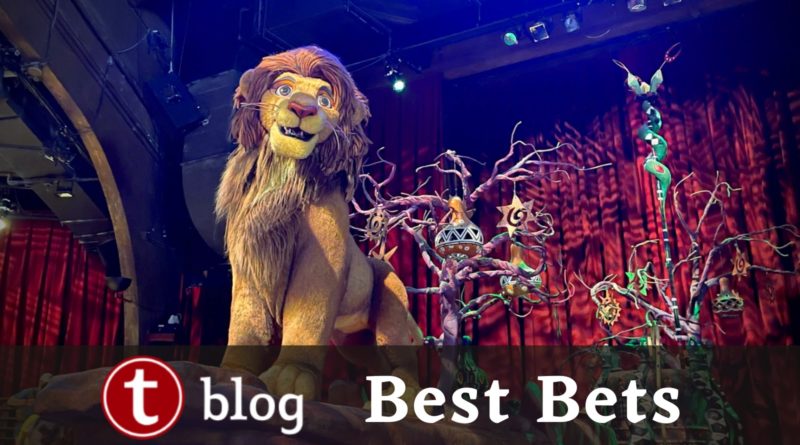 If you were lucky enough to grow up in the 90s, you know what an awesome time it was to be a kid, and a Disney fan.

With the rebirth of Disney animation (modern classics The Little Mermaid, Beauty & the Beast, Aladdin, and The Lion King all came out within a 5-year period 1989-1994), the rise of home video so you could watch your favorites over and over again (including older classics being released from The Vault), and new theme parks to explore (MGM/Hollywood Studios and Animal Kingdom opening in 1989 and 1998 respectively), it truly was the decade of Disney.

Even better, this golden era of our childhood is well represented throughout Walt Disney World, so it’s easy to get swept up in the nostalgia of our favorite films and feel just like a kid again when we visit the parks.

If you were born from the mid-80s to mid-90s, spending a significant portion of your childhood in the 90s, then get ready to bust out your Beanie Baby collection, slip on your jelly shoes, and rewind your favorite cassette as we break down the 10 best Walt Disney World attractions for 90s kids (in no particular order).

Please Note: Not all attractions are currently operating due to COVID-19 restrictions.

Yes, The Little Mermaid premiered just before the 90s officially began, but we grew up with Ariel and her under the sea pals, so I’ve decided it still counts. Part of the New Fantasyland expansion, this attraction feels like a classic Disney dark ride. 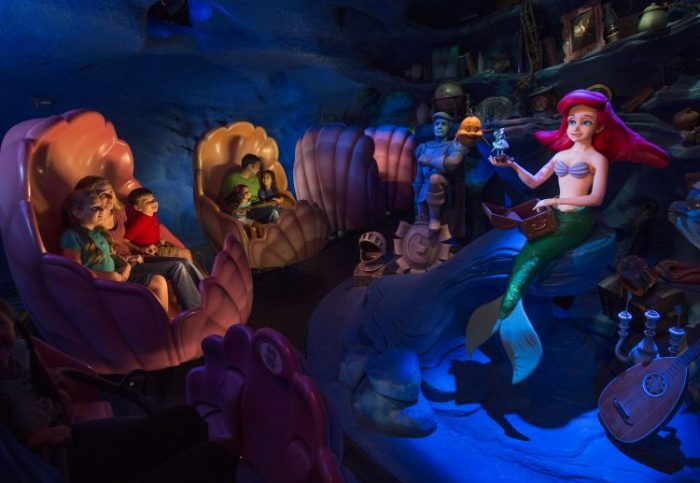 It can be slightly awkward doing this attraction without a child, but it is worth it to be able to look around inside Belle’s house and Maurice’s workshop, see the cute play put on, and maybe even get a picture with Belle in her signature yellow dress.

While this spinner might not be the most exciting ride, most of us have been dreaming about flying on a magic carpet since 1992, so this is like one of our wishes being granted. Just sit back and enjoy the ride. But watch out for the camels – they really do spit!

Battle Zurg and your seatmate in this classic arcade-style shooting game. Although it is not as technologically advanced as Toy Story Mania in Hollywood Studios, that’s exactly what makes this one feel even more 90s to me!

This awesome 4-D show is very 90s-heavy, putting guests right into the middle of some of the very best scenes and musical numbers from The Little Mermaid, Beauty and the Beast, Aladdin, and The Lion King. It really does feel like stepping into your favorite childhood films. I dare you not to sing along!

As someone who used to have the entirety of The Lion King memorized, this is a definite must-do. You’ll have no worries as you enjoy this Broadway-caliber show filled with amazing singing and dancing, beautiful costumes, and breathtaking acrobatics. 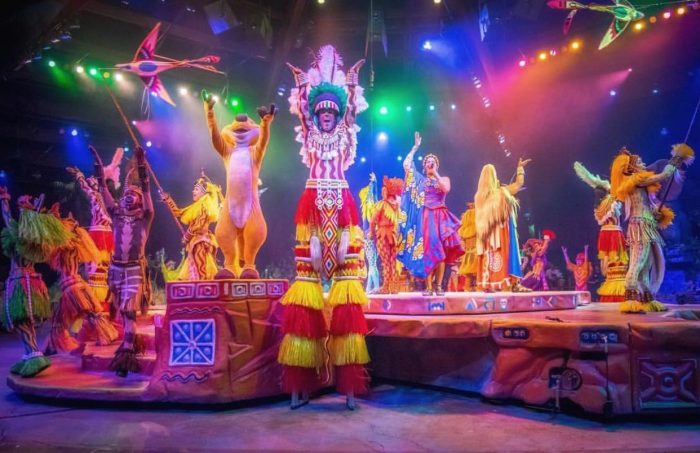 One of the only attractions from a slightly more obscure 90s movie, A Bug’s Life (1998), this 4-D show is entertaining, informational, and, to some people (even 90s kids who are now in their 30s) absolutely terrifying. You have been warned.

This fun stage show adaptation includes great music, colorful puppets, and lots of bubbles. You’ll really feel like you have become part of Ariel’s world. And what more could your inner 90s kid ask for?

Fun fact: this show opened on the exact same day Beauty & the Beast premiered in theaters – November 22, 1991. That means there are people roaming about this earth who saw the “Live on Stage” version before they ever saw the movie, which completely blows my mind. But no matter how many times you’ve seen the film, you will enjoy reliving it here.

I definitely could have included all of Toy Story Land here, but decided to go with the main headliner. I remember wishing my toys could come alive after seeing Toy Story for the first time, but being shrunk down to the size of a toy and plopped in Andy’s backyard to have a blast with his pals is the next best thing.

While it is too bad that some of the more mid-to-late-90s movies like Pocahontas, Hercules, and Mulan are not well-represented (except for a few character greetings), overall there is a lot for a 90s kid to love.

Whether you grew up in the 90s, or just wish you did, you have to admit it was a totally sweet time in Disney history, and its influence can still be felt throughout the parks today. Between the awesome attractions, cool character greetings, and rad retro 90s merch available (Are the 90s retro now?? Yikes…), it is still a great time to be a 90s kid at Walt Disney World!

What Disney attractions help bring out your inner 90s kid? Are there any Disney movies from the 90s that you’d love to see in their own attractions? Let us know in the comments.