Walt Disney World has not one, but two rides that are themed to the Toy Story film franchise and also involve target shooting: Buzz Lightyear’s Space Ranger Spin and Toy Story Midway Mania. Like the multiple spinner rides at Disney World, the two Toy Story shooter attractions have much in common; neither ride has a height requirement, for example. But there are plenty of distinguishing features that make for different ride experiences and different gameplay experiences.

Here’s what you need to know to tell them apart.

Obviously one of the primary factors in choosing which of the two Toy Story shooter rides you experience is your location. 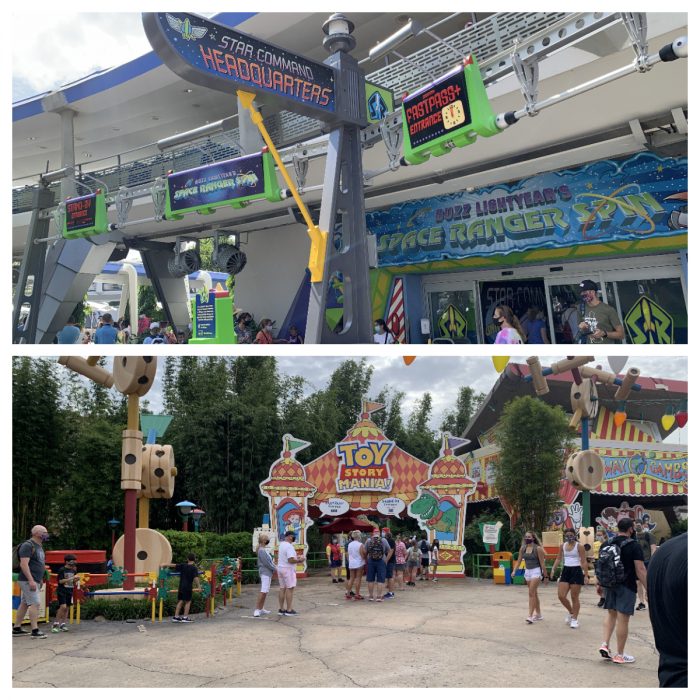 AGE OF THE ATTRACTION

While neither of these attractions is brand new, the ten year age gap feels like a world of difference. Buzz feels much less technologically advanced.

While both Buzz and Toy Story Midway Mania (TSMM) are themed to the Toy Story films, they have different takes on the franchise. 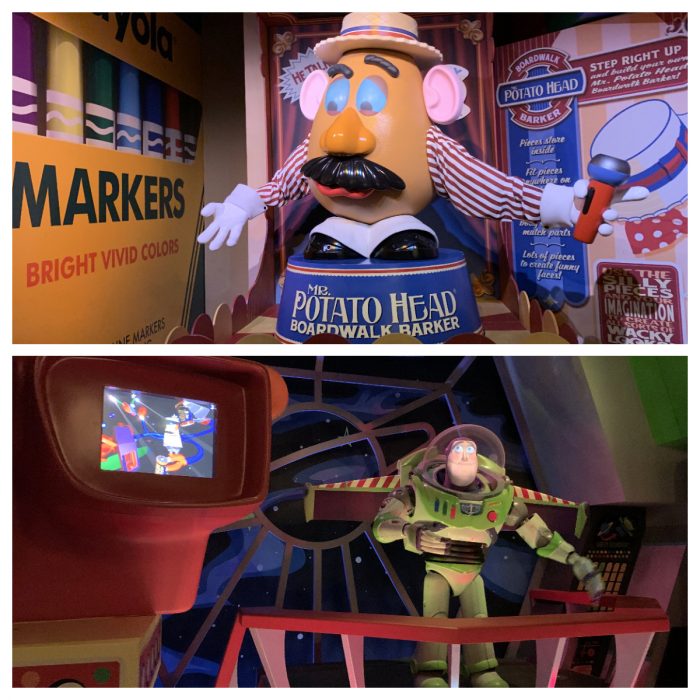 Both Buzz and TSMM have vehicles with two shooting devices. The ideal number of riders for each vehicle is two (or one if you’re flying solo); however, an additional small child may be accommodated in each vehicle. If you’re an adult riding with two children, be sure to work out in advance who gets to do to the shooting. 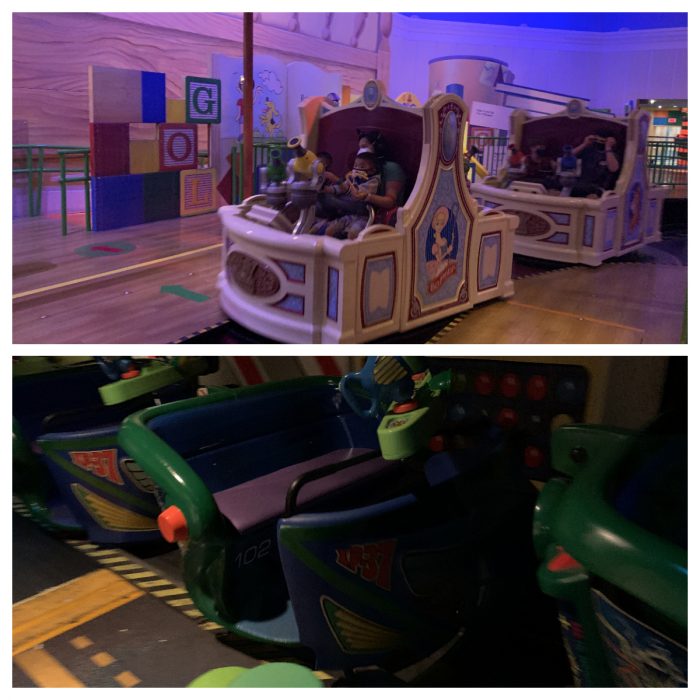 Both rides have two swivel mounted shooters, one for each of two guests. 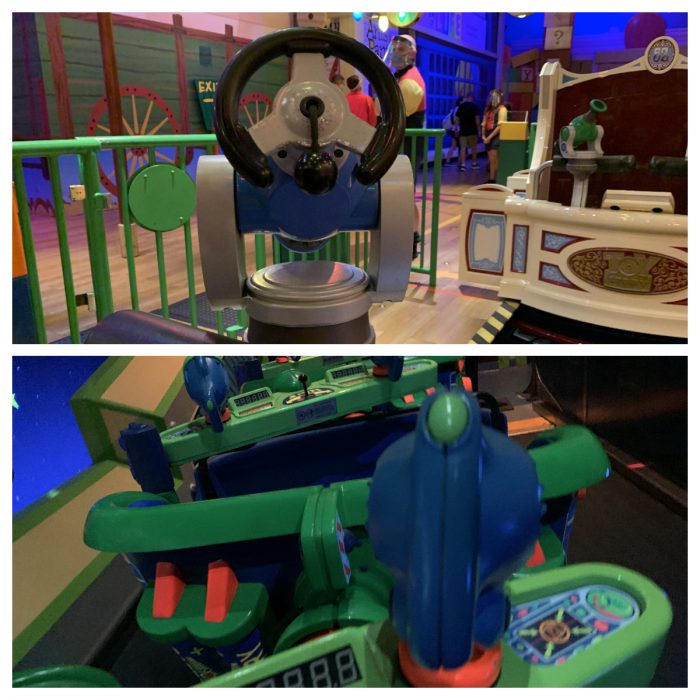 MOVEMENT of the RIDE VEHICLE 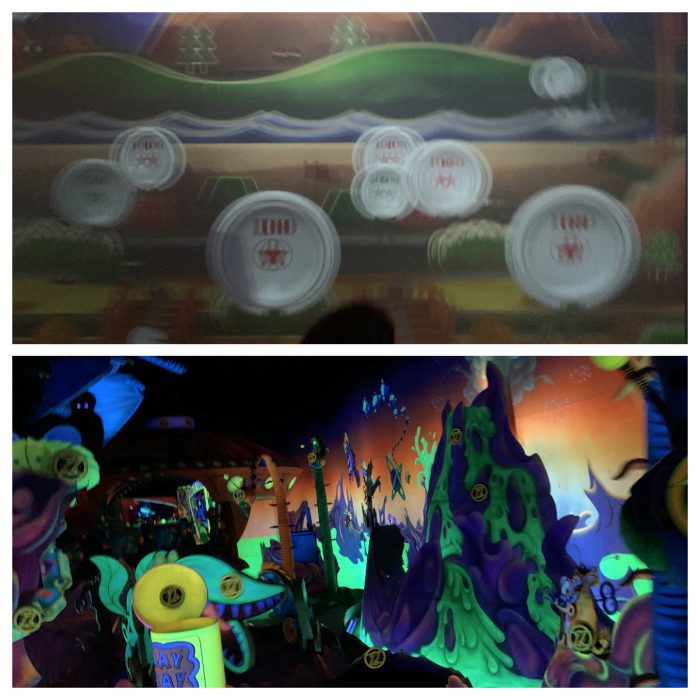 Neither of these rides typically registers as scary for most guests, but there are a few factors that may raise concern for some.

Which of these rides is your favorite? Tell us why!