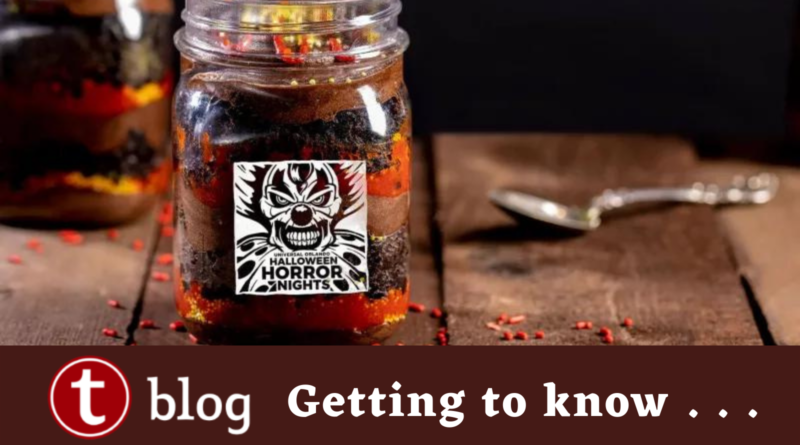 One of the biggest and most exciting parts of Halloween Horror Nights at Universal Orlando Resort each and every year is seeing just what delights the Tribute Store will have on-hand for us.

What started out as a retail shop paying, well, tribute to the first 25 years of Universal’s most hallowed event has since blossomed into its very own experience, combining aspects of a walk-through attraction, a quick-service eatery, and, of course, a store. Since it is both limited-time and changes out its theming each and every year for Horror Nights (not to mention the other stretches of the calendar that it’s now open for, such as Mardi Gras and the holidays), it’s become an indispensable part of the fall for many guests.

Planning on visiting Tribute this Halloween? Here’s everything you need to know – and trust us when we say there may be a surprise or two waiting for you below, whether you’re a hardened veteran or an awestruck first-timer.

What Is the Tribute Store at Universal Orlando Resort?

The Tribute Store is, without exaggeration, something of an experience unto itself, with fully detailed rooms to explore, various tasty treats to gawk at and enjoy, and lots of different kinds of merchandise to peruse.

Over the years, it has evolved to occupy a pretty hefty footprint, now comprising four main rooms (one of which is home to the gastronomical delights) and, more often than not, a vestibule and ending passage. Each space has its own theme, hidden details, and Easter eggs, whether they be to a given intellectual property or to Universal history.

Where Is the Tribute Store Located?

In the New York backlot at Universal Studios Florida, in a Macy’s façade located right next to Revenge of the Mummy. You won’t be able to miss it, as each Tribute has come to brandish an eye-catching storefront of its own; for this year’s Halloween Horror Nights iteration, for example, you can find a mini-mansion, replete with a stained-glass window.

When Is the Tribute Store Open?

On Thursday, August 26, 2021, the latest Tribute debuted for both team-member and annual-passholder previews (the former being in the morning, while the latter was in the afternoon). The shop officially welcomes guests starting on the next day, Friday the 27th, and it is expected to remain in operation until the last night of HHN, on Sunday, October 31 (that’s Halloween!).

You can typically find the Tribute Store open each and every day during park hours, and again throughout the night on event dates.

Do You Need Theme-Park Admission to Enter the Tribute Store?

In a word, yes – since it’s located within the very heart of Universal Studios Florida, you’ll need a ticket in order to advance through the front gates and work your way back to the streets of New York. And if you go during Horror Nights, then you’ll need to have admission to the annual event, naturally.

When’s the Best Time to Visit the Tribute Store (and Avoid the Lines)?

Right off the bat, we’d recommend avoid going during the first day or two of the season; given Tribute’s immense popularity, there’s always an hours-long line to be among the first to enter, take copious photos, and scoop up some exclusive goodies.

Once that initial burst of excitement (somewhat) dissipates, it’s usually a pretty safe bet to go during the day – not during Halloween Horror Nights – and to follow the usual rules of thumb about park touring: either first thing in the morning or shortly before close will usually see the lowest crowds. This makes for the optimal experience not only because you’ll have less waiting to do, but also because it’ll allow you more time to go through each environment (and to take the best pictures of your immersive surroundings).

Don’t go during HHN nights if it can be at all avoided. While, yes, after-the-dark visitations do make for the best and most charged atmosphere, they also eat away your precious Horror Nights time, which could be much better spent on hitting up the haunted houses, wandering through the scare zones, or taking in the shows.

What Is the Halloween Horror Nights Tribute Store Themed to This Year?

This is the first time in the past five years that Tribute hasn’t been decked out to a specific horror property or another but, rather, has been dedicated to the holiday, more generally, and the event itself, more specifically; expect to find a creepy-but-classic haunted-mansion layout, décor prominently featuring the various Halloween Horror Nights icons (the mascots, if you will, of the event over the years), and a deserted stable that’s been given over to desserts. Along the way, look for copious call-outs to many HHN mainstays, including Shadybrook Asylum and the town of Carey, Ohio, where many of the deranged hauntings have occurred.

Why 2021 breaks the Tribute track record has a really interesting explanation, actually: even though 2020’s proceedings were cancelled (and then literally put in storage for this fall), the tie-in store still opened up, showcasing a few of the planned haunted-house properties – the Universal Classic Monsters, Jack the Clown (the main icon), and Beetlejuice. In this way, this two-year tag team gives us the best of both worlds, letting us dwell in both original and licensed environs.

Would you like to know which franchises were featured in the Tribute Store in previous years? Read on…

What Is the Tribute Store’s History?

The history of the Tribute Store, despite only being six years long, is so involved and so interesting, we have an entire article dedicated just to that subject, including a detailed accounting of what theming it’s carried over the years.

Are There Other Tribute Stores Beyond Those for Halloween Horror Nights? 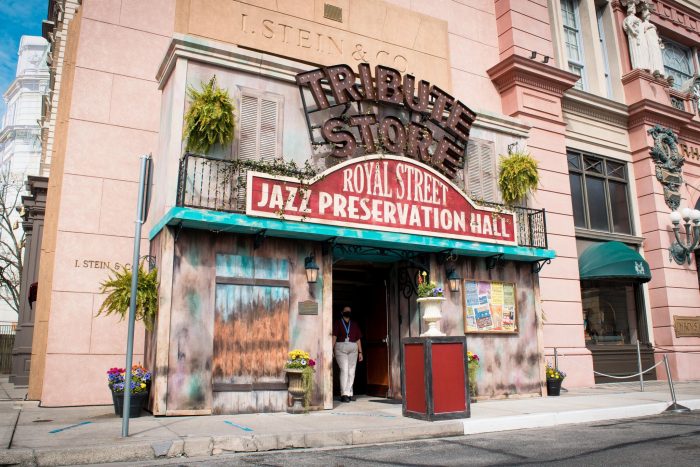 Yes! Although a relatively recent addition – Universal only started doing these non-Halloween Tributes last year – they’re still every bit as detailed and immersive, and we highly recommend you check them out during your non-autumn vacations, as well.

(We also have a complete listing of these additional Tribute Stores in that same history write-up.)

How Much Should You Expect to Spend at the Tribute Store?

This is a tough one, as the amount of merchandise you’ll want to pick up will really greatly vary depending upon your interest in the subject matter. Are you crazy for Jack the Clown, spooky-tinged oversized coffee mugs, or specially scented Magic Candle Company candles? Then you’ll be in theme-park nirvana and should plan accordingly.

An important element to note here is all the many delicious treats you can find on-hand, from cakes and cocoa bombs to cupcakes and gummy concoctions (which are amazingly animated when sitting in their display cases, thanks to some special magic). Even if you don’t plan on buying any, odds are good you may nonetheless be tempted to scoop some up just when walking by, so make sure you bring along some extra spending cash, just in case.

All told, we’d recommend budgeting out $100 if you think you may be even mildly open to any of the items that are available – this way, you’ll (probably) be good if you go on a mini-spree. And – hey – if you don’t spend it all, then you’ll be ahead of the game and will feel good about the rest of your vacation as opposed to suffering some negative sticker shock.

Finally, we should probably make this note: don’t think you can only go to the Tribute Store – and have a good time – if you’re shopping! Plenty of individuals make their way through the theming bonanza and not pick up a single souvenir or snack.

What would you buy at this Halloween’s Tribute Store? What are your own touring tips? Let us know in the comments.