Six years ago (2014), I wrote a Touring Plans blog post about sending my oldest daughter, Charlie, to Disney World for spring break as a high school senior, her first trip to WDW without adult accompaniment. That trip remains a wonderful memory for her and I’m happy to report that she is now thriving in law school.

I neglected to write a post on a similar trip taken by Charlie’s sisters, twins Josie and Louisa, three years later (2017), when they were high school seniors. Why didn’t I write that post? Who can remember? But I do remember that it was one of my best trips to visit the mouse.

Having seen Charlie’s successful trip, the twins had time to talk up the concept of Disney spring break with their friends for quite a while, and their senior trip group ballooned to a total of 12 young women, all ages 17 or 18, who wanted to come along. Given the size of the group, and thus the added possibility for something to inadvertently go amiss, I decided to go on a research trip to the parks at the same time as the girls’ spring break trip. The girls would be planning their vacation mostly on their own, and would be staying in their own digs, but I would be close at hand in case of emergency. 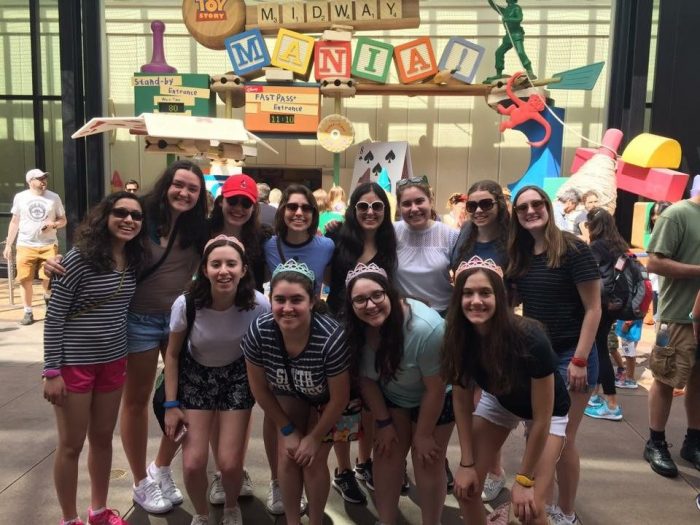 Using my family’s Disney Vacation Club points, we booked a three-bedroom Grand Villa at Disney’s Saratoga Springs resort for the girls, while I stayed in a studio villa down the hall in the same building.

My daughters and one of their friends were park veterans, but nine members of the group had either never been to WDW or had been only once or twice in elementary school. The three experts used TouringPlans tools like the Crowd Calendar, menus, and touring plans to craft prototype plans for their five-day trip. 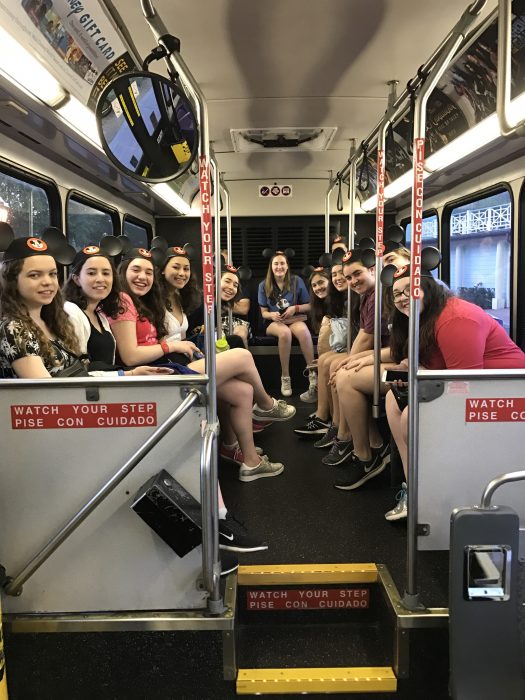 While the planning for Charlie’s visit, with just three girls total, was relatively easy, planning this 12-person trip necessitated a lot more negotiation and nuance. Previously undisclosed fears of heights or speed were revealed. The severity of food allergies was finally understood, as was the extent of the need for some to have unstructured time for exercise or even a break to practice the violin for an upcoming performance.

Why do we need to get up at the crack of dawn? Rope drop? What’s rope drop? Why can’t I take the monorail back to Saratoga Springs? Who is sleeping in which bedroom? Why do I need to bring shoes other than flip flops?

Let’s just say there was a lot education happening prior to boarding the plane for Orlando.

As I write this now, the planning sounds like a minor nightmare (which is maybe why I didn’t write about when in happened). But as a mostly uninvolved bystander, I loved seeing these young women, many of whom I had know since toddlerhood, undertake a complex project together with grace, compassion, and the occasional bit of savvy persuasion. 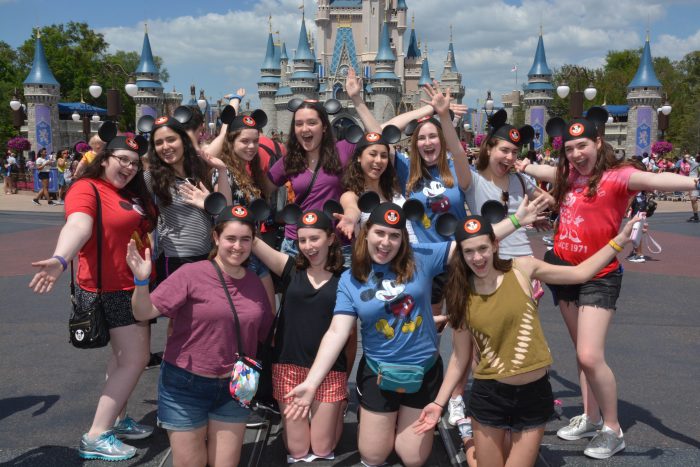 My involvement in the trip included a few things (again, I was staying near, but not with, the girls and I did not tour the parks or dine with them):

The last two points came into play because while all the girls were obviously close friends with one of my daughters, not all of them had a lot of experience with every other member of the group. And, because I was there in loco parentis, I wanted to have a general idea about everyone’s health and well-being, without being invasive.

The plan I came up with involved creating a daily “Secret Mission” challenge – basically a scavenger hunt style game that involved having each girl text me a photo of a different girl in a specific park situation, every day.

Each evening, while they were out at dinner, I left envelopes in their room with secret assignments they had to complete the next day. For example, on their Animal Kingdom day, an assignment for person Y might read “Take a photo of person X with an elephant in the background. Text it to me by 4:00 pm.” Or an assignment for person R might be, “Sit next to person S at lunch and text me a photo.” The girls could not reveal their tasks to each other. I constructed the assignments so that the people involved were not best friends. This forced them to spend a bit of extra time hanging out with more members of the group. And the fact that I was getting photos sent to me throughout the day meant that I knew that they were all where they were supposed to be. At the end of each day, I left small prizes in the Grand Villa for everyone who completed their task (spoiler: they all did). The prizes were things like Mickey pencils or fun soaps from Basin.

The girls had a blast using their creativity to get their assigned photos taken. For something like, “Take a photo of person X with an elephant in the background,” my original intent was for them to take a photo on the Kilimanjaro Safari attraction, but the girls quickly figured out they could use a broader interpretation of the instructions, doing things like taking a photo in a shop with a plush Dumbo elephant in view.

Only at the end did they realize my ulterior motives for constructing their assignments the way I did, but they ended up having so much fun that it didn’t matter. And as an added bonus, during the game, I amassed dozens of photos of their adventures, which was a nice supplement to the others they taken during their adventure. 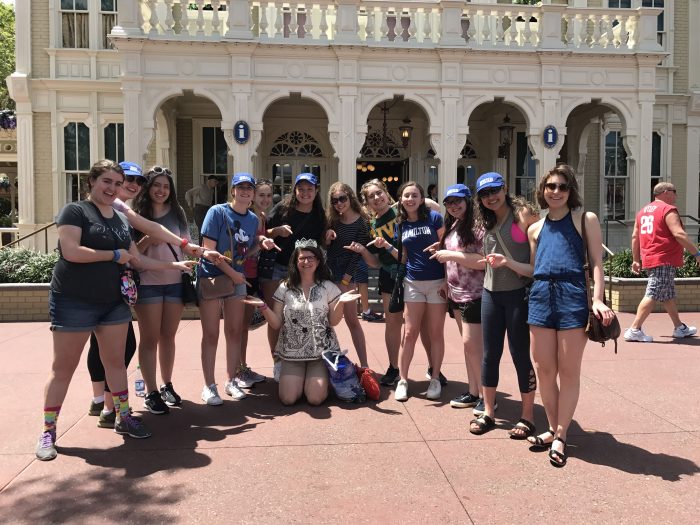 On the last day of the trip, I met up with the crew at the Magic Kingdom and we took a few pictures with me in the group. These are some of my favorite WDW shots because they a reminder of how fortunate I am that my family could share some of our Disney passion with our friends and how grateful I am to have been a fly on the wall for this memory-making adventure.

Could you imagine taking a group this many teens on a Disney vacation? Let us know what you think in the comments.

7 thoughts on “What I Love! That Time When I Took 12 Teenage Girls to Walt Disney World”