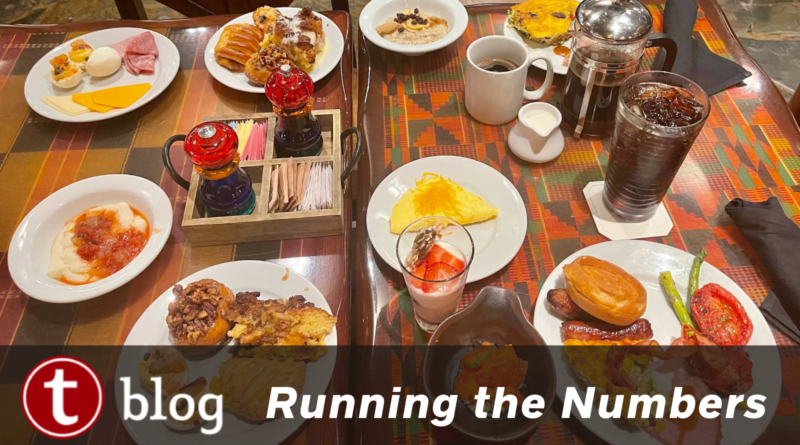 I’m a data nerd and vacation detail planner for my family. I do my research before we head anywhere on vacation to try to minimize how much money we spend and maximize how much we enjoy our time together. The same holds true at Disney – but as a mom with young kids, I sometimes find it frustrating that several of the most highly-rated restaurants (or attractions … or whatever) are generally more appealing to adults than to my kiddos. Sure, I’d love to go eat some steak at Le Cellier to wrap up a busy day. But my kids are going to get bored in the cool, dark cellar. And when they get bored, they get crazy – and no one enjoys that. So what are some Disney table service restaurants that get high satisfaction scores from families that include young kids like mine? And which ones should I avoid?

We collect restaurant satisfaction data in our post-visit surveys from all of you lovely TouringPlans users. One portion of the survey asks respondents to give each dining location that they experienced either a Thumbs Up or a Thumbs Down. I can aggregate (sum up) all of the responses for each particular dining location and tell you the percentage of parties that give that restaurant a “Thumbs Up”. That’s generally what we call the satisfaction at that restaurant, and it’s viewed as a percentage.

One quibble I have with this overall satisfaction score, though, is that it’s for ALL TIME. And as well all know, things can change very quickly (or 18 months can seem like they’ve lasted for 6 decades, but who’s counting). So I could solve this by only pulling surveys from a specific, recent timeframe. Or I could introduce a weighted average. And by introducing that, I get to teach you about it. So we’re going to go that route.

Let’s say that I want recent reviews to impact the overall satisfaction more than I want old reviews to impact it. So I need some way to give those older reviews less “weight”. There are lots of ways I could do this, but I want to keep it simple. That means for this analysis we’ll give any review from the last 3 months full “weight”. It counts as one response. But anything that was more than 3 months old, but less than 6 months old only gets half weight. It counts as half a response. Anything older than that, but less than 9 months old gets one-third weight. Anything older than that, but less than a year old, gets one-quarter weight. We can keep expanding that concept linearly:

That means that in order to “balance out” one “thumbs down” review from last month, you’d have to have eight “thumbs up” reviews from 2 years ago. Or vice versa. Old reviews still count, but they’re not worth as much. So my satisfaction is more reflective of what’s been happening recently, without ignoring the past.

In order to figure out how these satisfaction scores differ for parties with young kids … we have to know which parties have young kids. Thankfully, you’re also able to tell us the genders and ages of members of your party when you fill out your survey. I filtered the results to only parties that included someone under the age of 6 to get our “parties with young kids” scores. Every other survey fell into the “everyone else” bucket.

Which WDW table-service restaurants are your family’s go-to spots? Have you had “that kid” in a fancy dining location after a long day? Let us know in the comments!