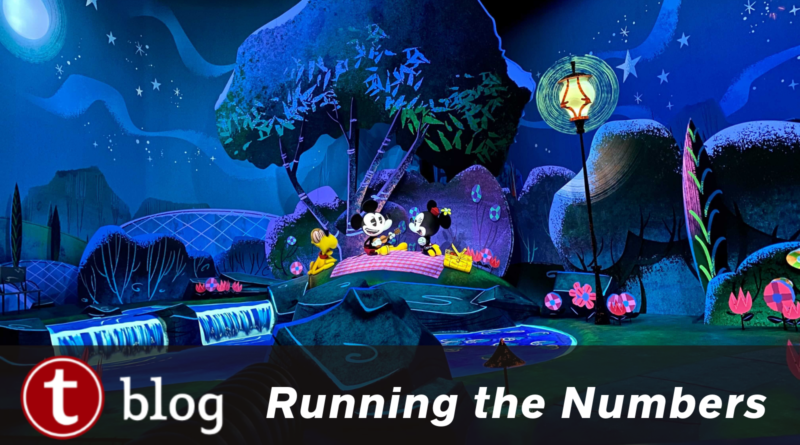 The last time my family visited EPCOT was in September 2020. My oldest daughter was four, and in each of the four parks we visited during our vacation, she had one attraction that she was absolutely determined to experience. In EPCOT that attraction was Test Track. She was barely tall enough, and she was pumped. But … downtime. Always downtime. Once for rain, frequently not. We even criss-crossed that way-too-large park with its sea of construction walls multiple times just to check back in and see if maybe it would be coming back up soon. Nope, never.

Our next trip to EPCOT is at the end of July, on what I like to call our “You’re Paying How Much Just to Go Get a Haircut At Disney?” trip. That’s another story for another day. Will she finally be able to go on Test Track? If you’ve been to WDW in the past few months, you know our chances aren’t great. Test Track is down frequently. How frequently? And are there trends that I can figure out? Are things getting worse? Better? Are there whole parks where downtime is a particular problem? Let’s figure it out!

If you look up any past date in the crowd calendar, you’ll see information about capacity lost due to downtime for each park. And if you look at any wait times graphs for any attraction for any date in the past, you can also tell when a ride is down by the lack of posted wait times for a specific time period. On top of that, we also have information about when queues get “dumped” – or the people waiting get cleared out due to a closure.

Over the course of this and one other blog post this afternoon (I’ll link it here once it goes live), we’ll dig into all three sources of information to try to answer some of my questions and give you some insights for your next vacation.

Get your predictions in now, and then let’s see what the data says!

To the untrained eye, this might look like some total confetti nonsense. But you readers aren’t untrained, are you? So let’s figure out what we can see and learn here:

Now, I already talked about how these downtime trends were cyclic. So linear trend lines aren’t really fair. I’ll own up to that point before any of you smart people call me on it in the comments. But these charts represent exactly two July-to-June cycles, so if the cycles are predictable and not changing, the linear trendline should be flat. None of these lines are flat.

In addition to looking at park-by-park data, we can learn even more by looking at attraction-specific information and trends. Stay tuned for a follow-up article this afternoon with those details. In the meantime, share in the comments if you’ve noticed anything about attraction downtime in your recent visits!

4 thoughts on “Why Does It Seem Like the Parks Are Always Experiencing Downtime?”