Were you ready to Rock Your Disney Side this morning but couldn’t make it to Walt Disney World? I decided to head to the park for opening to make you feel like you were there. 🙂 Forgive me if this is a little shorter than normal, but I’m editing photos quickly to get this to you as soon as possible. Not to mention someone needs quite a long nap so I can Rock My Disney Side all night too!

If you can believe it my alarm went off at 3:45am this morning! The plan was to leave by 4:45am to arrive just a little after 5am. Of course, we ran late but ended up at the monorail by 5:20am. As you can see we reached the Magic Kingdom station just a little after 5:30am. Unlike last year, bag check was a zoo. I thought it was much more crowded! I was about to hand my camera bag off to my hubby and run through the no bags line to make sure I was able to get video for you guys, but they opened more bags check stations just before I dashed. Phew! I settled into a “good” spot, but as soon as the announcement came on that the show was starting the crowd shuffled around and I ended up behind tall guys. I could have held my camera over my head…but I hate to be that person. The good news is the show was just the normal opening show with heroes and villains riding in on the train. So not much missed. Here’s the video anyway – in case anyone wants to see. (Also, it’s been a while since I’ve bragged about the Touring Plans Channel. You should really go subscribe!!)

Here is what it looks like on Main Street at 6am! The glow from the lights are just amazing! Or maybe it was just the energy in the crowd. Everyone was so excited to be there this morning (including me!). And here is the proof of our early morning. It looks like about 6:04am on that clock to me! Next stop was, of course, the castle to get some beautiful sunrise photos. Look at the pink in that sky! This was taken from the bridge in Liberty Square where there were literally a dozen tripods that other guests had setup. I was in good company! The sun hadn’t quite made it over the top of the back side of the castle but rather than waiting I had something very important I wanted to go check on. Can you guess what it was? I’ll give you a hint in the next photo. Can you guess? I bet you can guess… 🙂 That’s right! As we rounded the Prince Charming Regal Carrousel, I saw a long line poking out from the castle walls. My hubby kept walking, but I grabbed him and got in that long line. I knew it had to be for the Seven Dwarfs Mine Train!! The line was very steady moving, and before I knew it we were walking under a sign that showed the wait for this brand new ride was 30 minutes. However, I clocked it at a less than 20 minute wait. I couldn’t believe we were getting to ride it for the first time! So what did I think? Well, we all know I’m a ride chicken. With that said, the second drop when leaving the mine is about my maximum comfortable drop. I felt a little woozy afterwards, but I would ride again. I just don’t think I could do back to back rides. And the animatronics were as good as everyone had said! Loved this experience! After the ride I stumbled back to the front of the castle for more photos of the golden sun just starting to hit the top spires. I hope my photo does it justice! The orange light was so pretty! After quite a photo session I decided to check back on our new favorite ride, Seven Dwarfs Mine Train. Of course, the wait time had ballooned up. We heard it even made it up to 180 minutes a little later. But when we left it had leveled off to a 60-minute wait. It seems like meeting the Frozen gals will continue to be the longest line in the park. The line was long first thing this morning and just never slowed down. I can’t imagine waiting in that! As we walked on I couldn’t resist a shot of Prince Charming Regal Carrousel with the rising sun just making its way there. All the wait times in Fantasyland were walk-on with the exception of Mine Train, Meeting Elsa and Anna, and Peter Pan’s Flight. Peter Pan was only a 15 minute wait up until the time we left. That gives you an idea of how slow of a morning it was. Everyone was crowded in the entry plaza for opening but there weren’t many more guests coming into the park. I also took advantage of the sunrise on Beast’s Castle. Be Our Guest wasn’t serving until 10:30am, which seemed very far away for someone who had breakfast at 4am! All around Seven Dwarfs Mine Train there were media stationed filming everything. This was just one group that was set up. Kinda strange to see them all camped out… but hey, it was weird to see Enchanted Tales with Belle only have a 15 minute wait, too! 😉 We hung over the side walls and took more photos of the new coaster since that seemed like the cool thing to do. Just behind where this was taken there was a cast member in a cherry picker taking photos. They weren’t messing around documenting the first day of operation! After this, we were officially tired of watching Seven Dwarfs Mine Train, and I’d booked a 7:35am FastPass+ for Under the Sea: Journey of the Little Mermaid. It ended up we didn’t need the FastPass+, as there was still no line at all. We were able to ride as fast as our feet could get us there! I changed our FastPass+ for late tonight since I’m sure the crowds will make them needed. Next we decided to try our luck on The Many Adventures of Winnie the Pooh. Again we were able to walk right on. As we exited I checked the My Magic Experience app and saw just about everything in the park was walk-on. We decided to head back to the front of the park to see if anything special was happening for the event. On our way we saw lots of people in cute costumes. They were all dashing off somewhere, so I hated to slow them down asking for a photo. But if you ever plan to come to something like this and you’re not sure if you should dress up – you should!! You’ll fit right in. On our way I passed the same clock again and almost exactly two hours had passed. The sun was bright in the sky, and temperatures were starting to rise. We stopped in the Emporium to see if any merchandise was left and were shocked to find tons of stuff available with no line! T-shirts were available in sizes Small to 3XL for $27.95. Event ears were $20.99, and weird glow sticks were $7.00. I thought about the ears, but they were overpriced for what they are. Of course, I may always break down and get them tonight! Or at the outlet when they make their way there. After shopping we decided that nothing special was happening for another few hours so it was a good time to cut out for a nice, long nap. Just as we were leaving a cast member gave us Maleficent buttons. It makes much more sense to get these on the way out! It was so hard getting a Monstrous Summer pin on the way in last year. I like it much better grabbing them just before you leave. So that is how we started our 24 Hour Rock Your Disney Side day. I hope you enjoyed sharing the morning with us. What would you do if you were there at 6am? What about 6pm? Or 2am!? Heroes or Villains? Let us know in the comments below. As always thanks for reading! 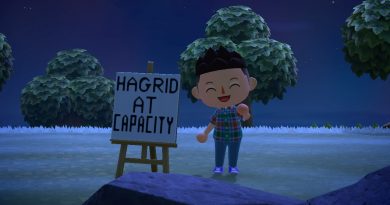 The SATURDAY SIX Takes a Look at the News via MEMES!

7 thoughts on “24 Hr Rock Your Disney Side: A Magical Morning”