My very favorite thing about visiting Disney World is the memories you take home with you. Amongst the celebrations and excitement at the parks, something even more amazing can happen. A magical moment occurs that makes the whole trip so much more meaningful – a personal story you will never forget. I call this the ‘Disney Dazzle.’

My husband and I make trips to Orlando 2-3 times a year as my husband’s aunt and uncle live there. Rewind back to February 2014, and we were on our very first trip with our newborn, Annie. Whenever we visit Disney World, my husband’s uncle, Keith, always has a surprise in store for us. This trip was no exception. Earlier in the day, Uncle Keith had mysteriously left our group for several minutes. He returned, said nothing about his disappearance and we continued about our day. That night, he told us he had a surprise but that we would have to wait a little longer. I walked up and down Main Street, U.S.A. with ants in my pants wondering what his secret could be. After what seemed like FOREVER (although in reality, it was no more than 20 minutes), he led us into the Town Square Theater. I really had NO idea what we were doing there, only remembering the little television playing cartoons and the Camera Center full of camera supplies and pins. While looking around, I saw the sign ‘Meet Mickey Mouse at Town Square Theater’ and it hit me. Uncle Keith had gotten us a FastPass+ reservation to meet Mickey Mouse! Now, guests have had the opportunity to meet Mickey in the Town Square Theater since 2011, but it wasn’t until October of 2013 that a special magician Mickey would grace us with his presence. (I won’t give away all the surprises because every encounter with ‘the boss’ is unique!) As a Disney buff, I’m embarrassed to admit that I had no idea one could meet Mickey in such an exciting and intimate setting. I was in for a real treat!

Uncle Keith handed over the passes and we were lined up with several other families. As I waited anxiously, I let my mind wander. At 24 years old, this would be my very first time meeting the Big Cheese. What would he be like? Would he give me hug? Most importantly, would Annie spit up on him? My thoughts were interrupted as we were brought into Mickey’s dressing room. I heard the sounds of ragtime melodies and noticed a wardrobe containing a tuxedo, extra pair of shoes and Mouse gloves. The set was in place. All we needed was the star of the show.

The moment arrived. As Mickey was introduced, he walked out from behind the wardrobe in his magician costume and cape waving to all of us. It was so exciting! This Mickey was unlike any character at the park. He blinked, talked and was capable of having a conversation with the guests! (I’m still scratching my head figuring out how Disney achieved this. Anyone know?)

Let’s get back to the families in line with us. One couple came with their little four year-old, who was dressed up in a Buzz Lightyear costume. Did Mickey get jealous? Heck no! He posed just like Buzz and soared around the room with the little boy.

The next family had an older boy (approximately 15-17 years old) with special needs. This young man was so excited to meet Mickey. His parents informed us as we waited that he watched the Mickey Mouse Clubhouse religiously, so it was clear this would be a memorable moment for him. When he walked up to Mickey, he was so excited and yelled, “Mickey!” as loud as he could. Mickey walked over, put his arm around the boy and shook his hand. Mickey said, “Let’s sing a song together!” His parents took out their video camera while Mickey sang the ‘Hot Dog Song,’ and other Mickey tunes. The boy was absolutely delighted and kept saying, “Again! Again!” When his time with Mickey came to an end, his parents kindly told their son it was time to leave. The young man became very upset saying, “No! Again Mickey!” As he began jumping up and down, his voice got louder and the boy became more distressed.

This is when something amazing happened. I’ve encountered other situations like this where employees appeared frightened or nervous and urged the family to move along. Not at Disney. Mickey and the Cast Members were so patient and wonderful. They allowed the boy to stay and Mickey danced and sang to him over and over again while encouraging the people in line to join in. It was so beautiful to see such compassion and humanity. While most guests spend two or three minutes with the mouse, this boy was given more than ten minutes with Mickey. His parents kept apologizing to those of us in line, but not one person complained. We knew we were witnessing a moving and special moment for this boy.

After the boy exited with his parents, it was our turn. I walked up with Annie, who was dressed as Minnie Mouse, and Mickey immediately exclaimed, “Oh! A mini Minnie!” As Annie stared away, Mickey told her to enjoy being carried around while it lasted because eventually she’d be expected to get a job….Annie continued to stare in disbelief at such preposterous claims. I asked Mickey for an autograph and as he signed my book, he sang “M-I-C…K-E-Y, M-O-U-S-E!” We all gathered for a picture and all too soon, were on our way.

In this busy world, it’s so easy to get caught up in the whirlwind of life. Sometimes, it’s important to stop, take a moment, and breathe everything in. This Disney Dazzling moment showed that with Mickey, everyone is special, no one is rushed and you feel as if you have all the time in the world. I knew this was a once in a lifetime experience we were seeing and we were all proud to be a part of it. So, amidst the souvenirs, sunburns and foot blisters, the most precious thing to walk away from Disney World with…are your special memories.

What memories do you have that sparkle with Disney Dazzle? Please share them in the comments! 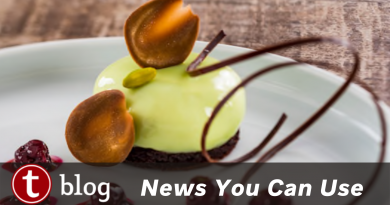 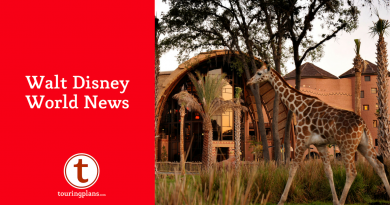