While Disney was loudly kicking off their Coolest Summer Ever promotion with bicoastal 24 Hour parties, Universal Orlando quietly opened a new attraction over Memorial Day weekend with little fanfare, as the new Raptor Encounter debuted in the Jurassic Park area of Islands of Adventure. Conventional wisdom says that, while Universal makes excellent thrill rides, Disney dominates the meet and greet experience. But much like the Transformers meet and greet in Universal Studios Florida, this innovative dinosaur photo op flips that expectation upside down.

The new Raptor Encounter is located outside of the Jurassic Park Discovery Center, in an unused area that was formerly the entrance to Triceratops Trail, a long-defunct walkthrough attraction. Guests approach a fenced-in holding pen that has been built to contain a live velociraptor, who has been trained just well enough to pose briefly for photographs between snaps and screeches. 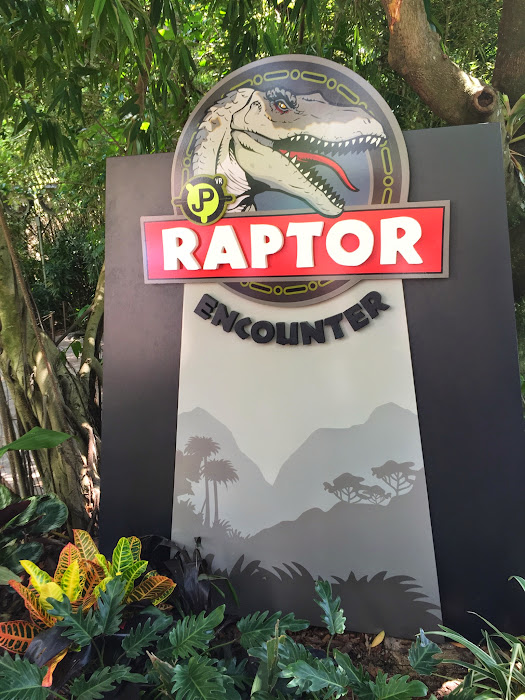 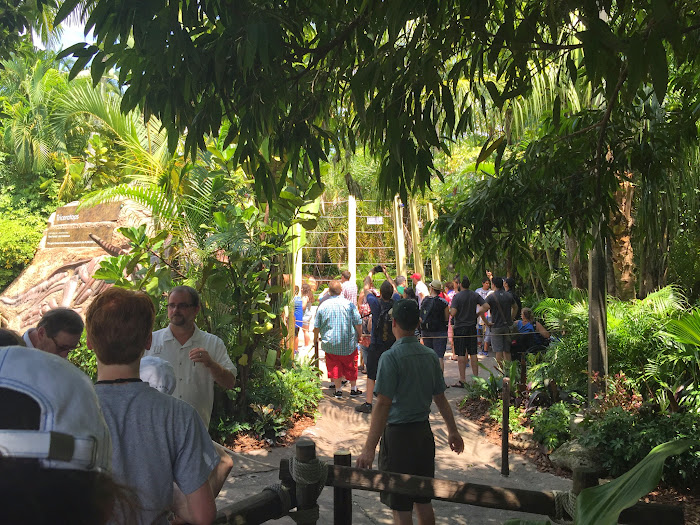 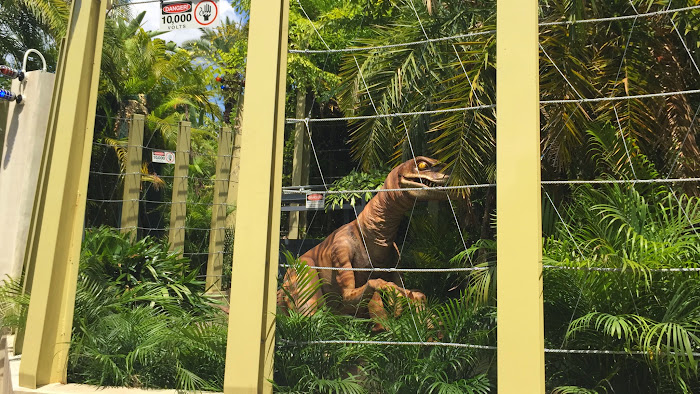 Before your encounter with “Lucy” or “Ethel,” you’ll be briefed by a gamekeeper who will give you important safety instructions. No sudden movements, and make sure you don’t smell like fresh meat! 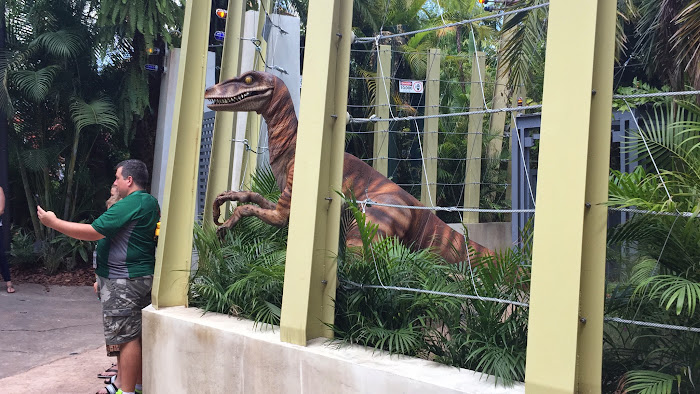 You’ll have a few moments to interact with the raptor before a PhotoConnect photographer snaps your picture. 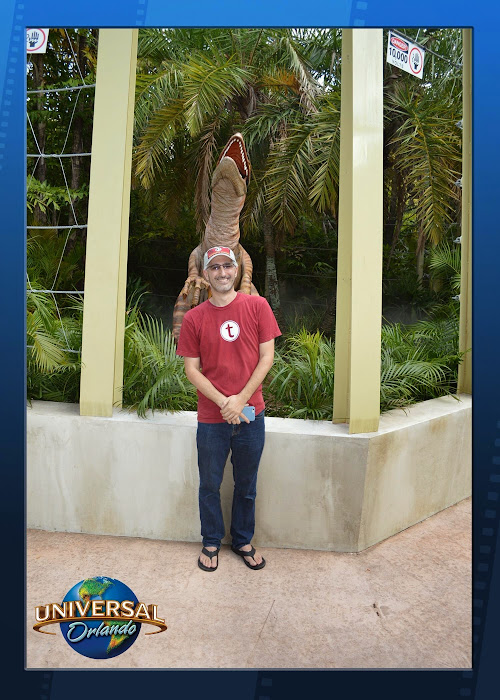 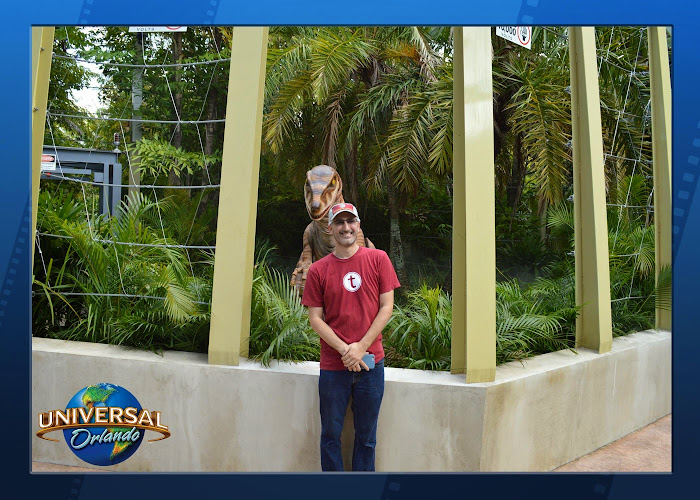 You can also have them take a photo or video with your own camera, or take a selfie like I did: 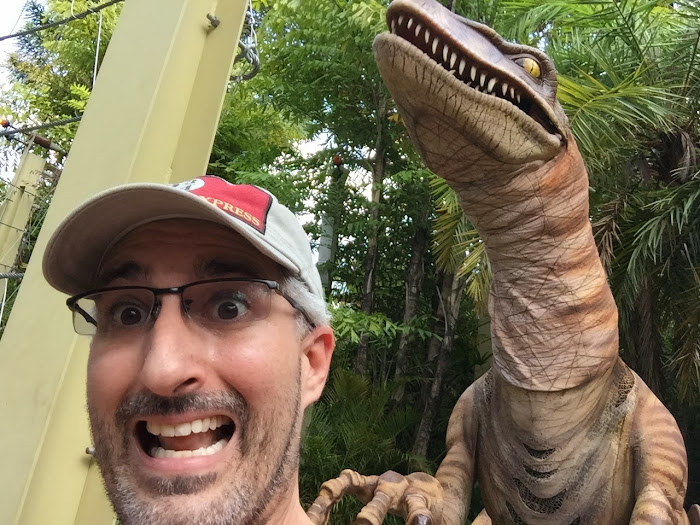 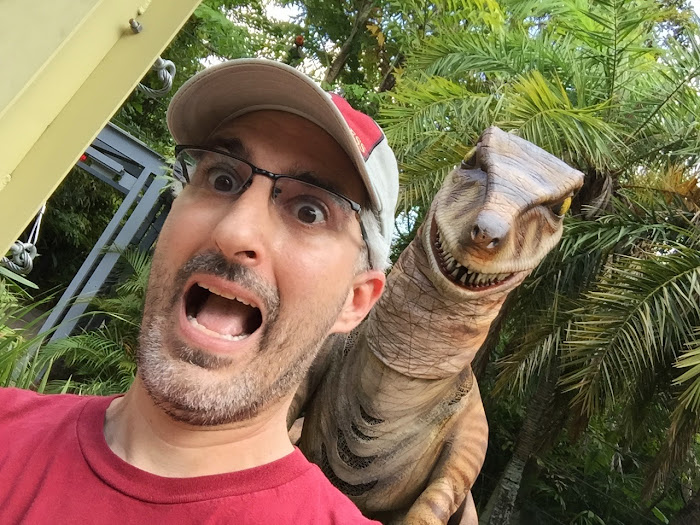 Here’s a video I shot of the complete Raptor Encounter experience:

In promotional materials distributed by Universal, guests are shown touching the raptor, but when I had my encounter we were not encouraged to make contact. Your mileage may vary. 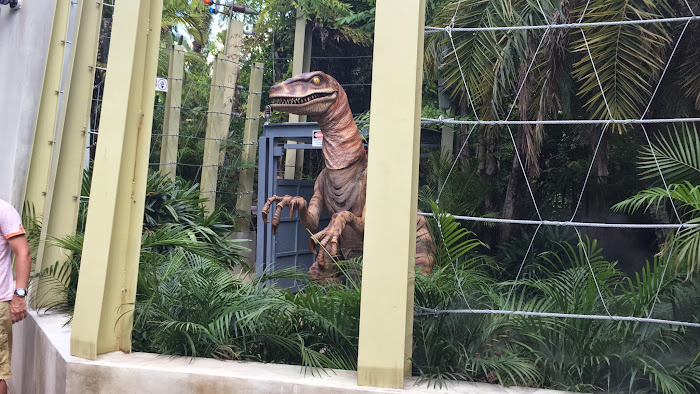 Of course, this real live dinosaur is actually an impressive puppet designed by Michael Curry (creator of the puppets in Disney’s Lion King and Finding Nemo shows), that is operated by an actor whose legs are cleverly obscured by greenery and low walls. Though the creature’s scale is a bit oversized, the way it moves in synch with startling sound effects is amazingly fast and fluid — much more aggressive than an animatronic could ever be — making the illusion extremely effective as long as you ignore the ventilation holes and unblinking eyes. 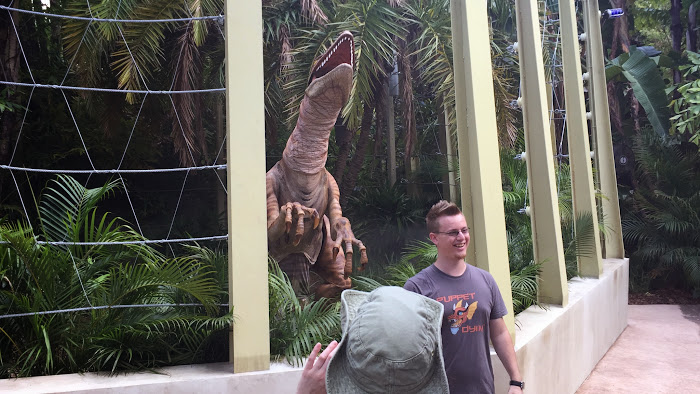 For a modest attraction that opened with little notice and no fanfare, the new Raptor Encounter is a great addition. At this time, the raptor is appearing for 20 minute sessions starting around 11 a.m. and running until 4:30 p.m., though it does not yet appear on official park schedules. Be warned that the queue spills out into the pathway and is mostly unshaded, a situation that will hopefully be quickly rectified if the attraction proves popular. 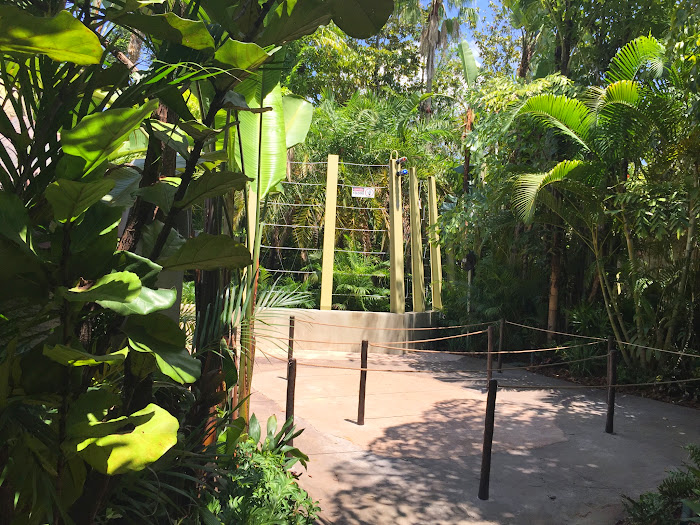 While the new Raptor Encounter is not explicitly tied to the film Jurassic World, if it whets your appetite for the upcoming film you can now find a selection of tie-in toys at the nearby Discovery Center. 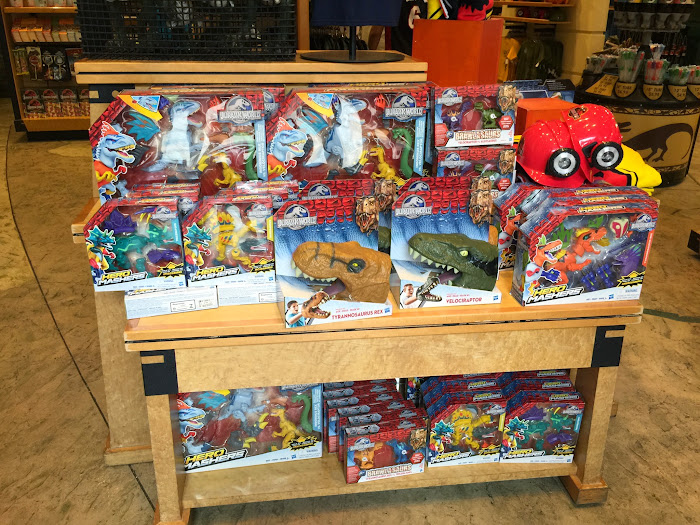 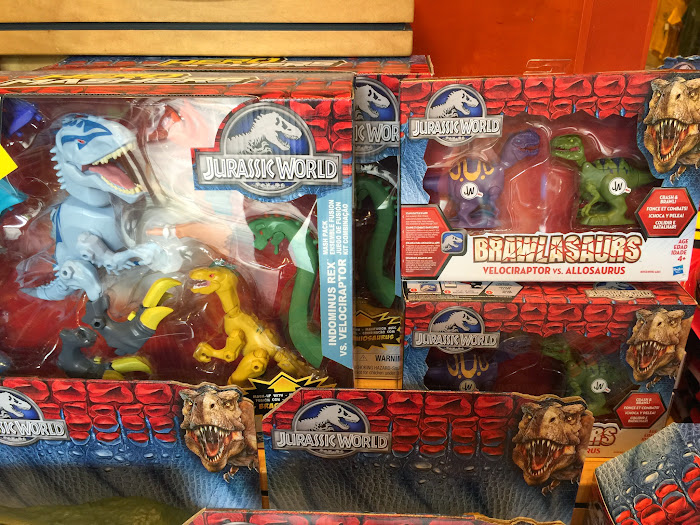 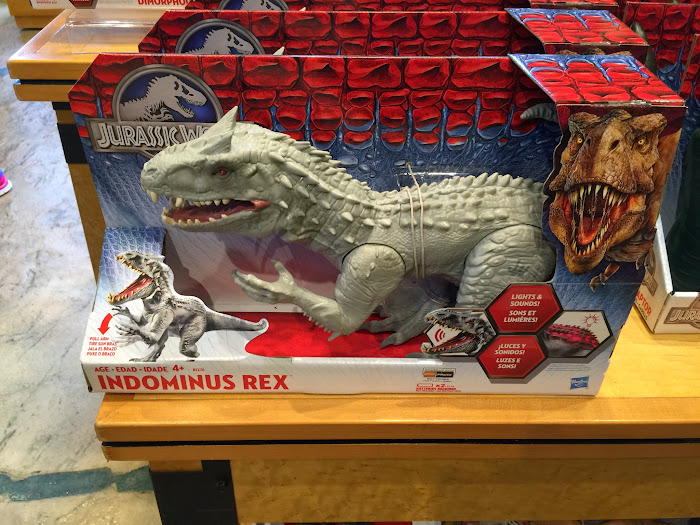 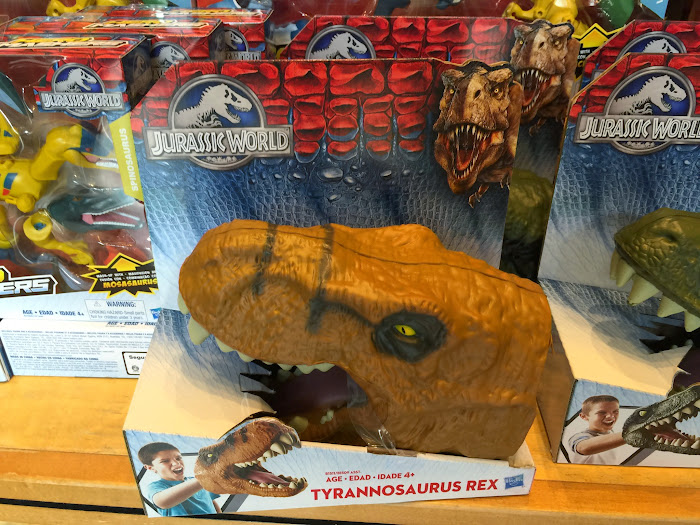