I recently went to the Disneyland Park for the very first time. As a frequent visitor to Walt Disney World since childhood, I was beyond excited to experience a Disney Park, particularly Walt’s park, as a first time guest. In fact, the very first thing I did when I arrived was to pick up a first visit button at Disneyland’s City Hall. But before I even passed through the turnstiles, I did my Disneyland homework so that I could avoid some of the rookie mistakes and maximize my time in the park. Even so, there were definitely some things that I either didn’t expect or which would’ve helped my day run more smoothly. So glean from my first hand experience fellow Disneyland Rookies and discover what I wish I knew before my visit to Disneyland.

The Queues Are Narrow – One of the surprising differences for me between Walt Disney World and the Disneyland Park was how much narrower the queues are on the West Coast. When waiting in line for Peter Pan’s Flight, the Storybook Land Canal Boats, the Matterhorn Bobsleds, and others, I felt squeezed in and very close to the guests on either side of me. This is something that I haven’t experienced as much in the queues at Disney World. Part of this could be due to the fact that Disneyland has less space to work with; but I think it’s something to note if your a first time guest, especially if you have fidgety little ones in tow.

The Magic Kingdom and Disneyland Park are Not the Same – So I must admit, I was expecting the Disneyland Park to be very much like the Magic Kingdom. I mean, I knew the castles would be different and that Disneyland had several attractions that Disney World didn’t; but besides that, I felt confident that I would know my way around and maybe even forget which park I was in. Yeah, I was wrong. While both parks share similar layouts, they are two completely different parks in essence. Disneyland has a stronger sense of history and emphasis on charm, as well as more of a local atmosphere. While there were other first time guests, like myself, at the park during my visit, I noticed more locals and couples than what I have ever seen at the Magic Kingdom. Physically speaking, I was also not expecting how close Disneyland’s attractions are to walkways and how much more outdoor seating and live entertainment there was, such as the Pearly Band, the Disneyland Band, the Straw Hatters, and Royal Street Bachelors. Also, while many Disneyland Park attractions can also be found at the Magic Kingdom, they are different and found in different locations. I mean, the Haunted Mansion wasn’t in Liberty Square but New Orleans Square featuring a different exterior look, Splash Mountain wasn’t in Frontierland, Star Tours: The Adventures Continue was in Tomorrowland instead of Disney’s Hollywood Studios, and “it’s a small world” is tucked in its own corner of the park and includes Disney characters!

Board Disneyland Railroad at Tommorowland Station – The Disneyland Railroad picks up and drops off guests at Main Street, U.S.A., Mickey’s Toontown, New Orleans Square, and Tomorrowland. During my visit, I learned that if you board the train at the Tomorrowland Station, you will be treated to the Grand Canyon and Primeval World diorama with Main Street, U.S.A. as your next stop. It’s the perfect way to get back to the front of the park quickly, but with a view you don’t get at Disney World and a chance to ease your aching feet to boot!

Different characters than Disney World – One of my favorite things at the Disneyland Park was the variety of characters! I encountered characters that I have never seen at Disney World apart from a parade, such as Bert from Mary Poppins, the Evil Queen from Snow White and the Seven Dwarfs, the Mad Hatter, Cruella De Vil, and the Genie. Also, due to Disneyland’s ongoing Diamond Celebration for its 60th Anniversary, guests can meet with Mickey and Minnie dressed in their anniversary finest. Disneyland Park also has free-range characters, which means that some characters roam through the park without a set character spot or a handler. You literally don’t know who you might find or where they’ll pop up. It just makes the park extra magical!

Not All Attractions Offer FASTPASS– I knew before my trip that Disneyland currently does not have FastPass+. I also knew that not all attractions there offered FASTPASS, but I was shocked at how many popular attractions did not! This meant that I had to be strategic to experience some of Disneyland’s best without long waits, such as the Matterhorn Bobsleds, the Finding Nemo Submarine Voyage, and even Peter Pan’s Flight. Want to know which Disneyland attractions offer FASTPASS? Check the park times guide for a handy list. Something that I also wish I knew before my visit to Disneyland was that some FASTPASS machines for attractions and nighttime entertainment are not near their attractions. Keep your map handy and ask park Cast Members if you get confused.

You Can Go Inside Sleeping Beauty Castle – When I was growing up, my favorite thing to do at Disney World’s Magic Kingdom was to walk through the breezeway of Cinderella Castle. I just wanted to be inside of it, to catch a glimpse of Cinderella and her happily ever after life. Now I know you can dine inside Cinderella Castle at Cinderella’s Royal Table, or get a princess makeover there at the Bibbidi Bobbidi Boutique, but both are expensive and require reservations. Therefore, I wasn’t expecting much by means of castle exploration at Disneyland as the Sleeping Beauty Castle, while enchanting, is smaller and the park is pressed for space. Fortunately, I was wrong! Disneyland’s Sleeping Beauty Castle Walkthrough allows guests to wander passageways and experience the Sleeping Beauty story through beautiful dioramas with some impressive special effects! Tip: Before you exit the walkthrough, pause to see Maleficent’s shadow appear on the wall above you. It’s so creepy!

There are Two Matterhorn  Bobsled Tracks – The Matterhorn Bobsleds is a must-do for any first-time guest to Disneyland as it is a classic straight from the mind of Walt Disney himself, and the Disneyland Park in California is the only park in the world that has one! The Matterhorn does feature two separate tracks, much like what you find at Disney World’s Space Mountain; but according to locals, the track closest to Tomorrowland is faster, bumpier, and has a shorter ride than the Fantasyland track which is supposedly longer and a little less jolting. For all of you future Disneyland guests, know which track you want to ride before you get in line to maximize your Matterhorn experience!

There’s a Lot of Nightly Entertainment– Disneyland Park has A LOT to offer guests in the evening hours. There was so much in fact that I had to visit twice to catch it all. Currently, the Disneyland Park is offering Fantasmic! by the Rivers of America, the Paint the Night Parade, and Disneyland Forever fireworks! Guests are still claiming spots along the parade routes several hours before show times, so make sure you have a plan if you too want to see it all when at Disneyland.

You Can Get a Cab at the Grand Californian Hotel and Spa – As there are only three Disneyland Resort Hotels to choose from, many Disneyland guests choose to stay off-property at one of the many nearby hotels or Disney-approved Good Neighbor Hotels. I chose to stay at the Hotel Menage, which was about a mile from the Disneyland gate. During the day, I had no problem making the walk; but at night, I was a little more wary and planned on taking a cab. In my park map, Disney claimed that that cabs could be hailed from the ESPN Zone at the Downtown Disney District, but I preferred doing so at the Grand Californian Hotel. All I had to do was to head to the main entrance and simply ask for a cab. Even though I wasn’t a guest at the Grand Californian Hotel myself, they were more than happy to hail a cab, speak to the driver, and even open the door for us. It was so much nicer than having to hail a cab ourselves and we never had to wait.

The Carnation Café is a Great Deal – For my last night at Disneyland, I decided to try out the Carnation Café on Main Street, U.S.A. for dinner. Both my appetizer of Fried Pickles and entrée of Chicken Fried Chicken was absolutely delicious, but the rest of the menu sounded scrumptious too, particularly Walt’s Chili and the Homemade Meatloaf. My waitress informed me that Carnation Café  is the cheapest sit-down restaurant inside the Disneyland Park. I later took a look at the different dinner menus around the park and found that this proved to be true, although there were some close contenders and it depends on what you order. I also have to note that the Carnation Café is home to Chef Oscar who has been working in Disneyland since 1956!

The Entrance is Not Very Magical – I knew that Disneyland would be closer to that outside world of reality than what I know at Walt Disney World, but I guess I hadn’t prepped myself for just how much. You see, I planned on walking from my hotel down Harbor Boulevard and entering through the main gate into the Disneyland Resort, which I did. But along the way, I saw barbwire fencing along the walls of Disneyland and few sights that I wished I hadn’t, just yards from the entrance. Also, once I passed under the blue Disneyland sign, I had to walk past green hedges, more fences, and busy Cast Members before I reached the Esplanade. I know Disneyland doesn’t have the blessing of size that Disney World has, but I was surprised at the lack of fanfare and close proximity to the outside world for those walking to the resort.

The Main Street Vehicles Run Most of the Day – At Disney World, it’s an accomplishment to catch a ride on one of the Main Street Vehicles as they usually run only in the morning and for not very long and I’m always pulled between rushing to a popular ride or waiting to ride the trolley. You can imagine my delight then at finding that Disneyland has even more Main Street Vehicles, like the double-decker Ominibus, and they run up and down Main Street, U.S.A. all throughout the day!

All in all, I loved my first visit to the Disneyland Park as a first time visitor and learned a lot along the way; and if you too are a Disneyland Rookie, I hope this list will help you avoid some of the confusion first-time Disneyland guests face so that you won’t be thinking of what you wish you knew, but rather that you’re glad you already know! Also, it would be great if all of you Disneyland Experts out there would share of your park wisdom in the comments for other newbies like myself. I don’t know about you, but I’m always wanting to know more about the happiest place on earth! 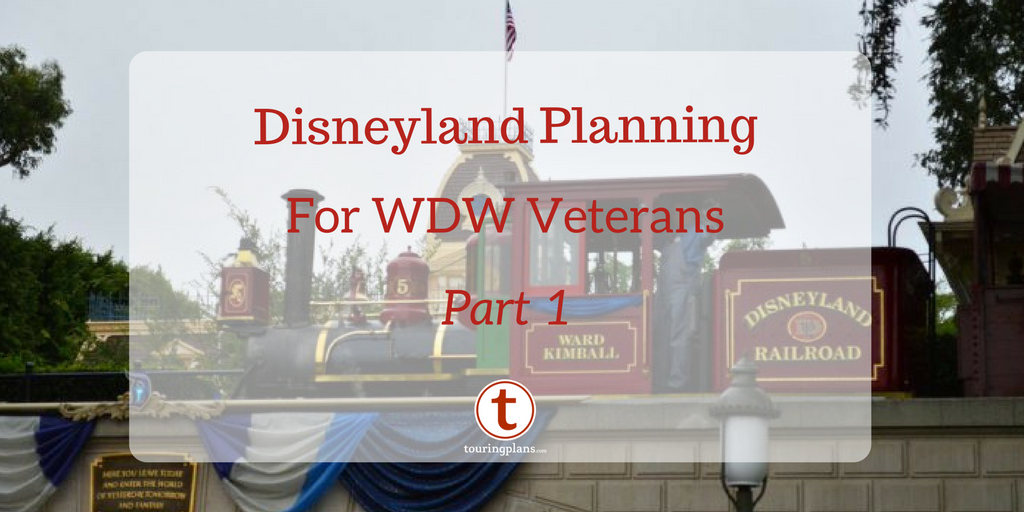 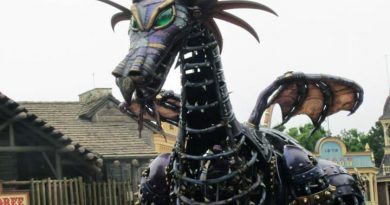 Maleficent Returns to the Disney Festival of Fantasy Parade