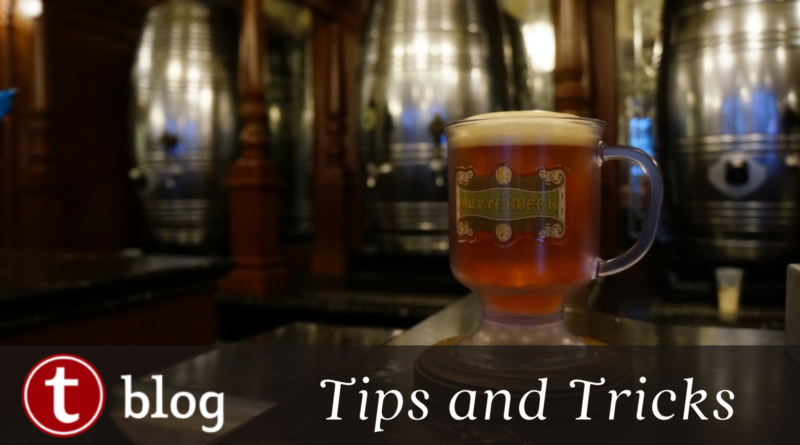 The Wizarding World of Harry Potter – Diagon Alley at Universal Studios Florida is a land renowned for its detailed architecture and fully immersive panorama (the fact that you can’t see the outside world once you’ve slipped inside the magical environment is breathtaking in its simplicity and effectiveness both). Its heady collection of secrets and Easter eggs is also legendary, but there’s another class of item that maybe isn’t anywhere near as well-known – those hidden gems that oftentimes sit right out in the broad daylight but which nonetheless get passed by when the average guest is hurriedly on her way to the next attraction or meal.

Here’s my list of the four best under-appreciated or under-utilized elements of Diagon Alley, ones that I’ve curated over many visits to Harry’s wondrous world. Think of these as either giving you a possible leg up on your first excursion to the Wizarding World or as a must-do list for your next repeat stroll, adding a little extra oomph to your veteran wizard outing – either way, it is absolutely your justification for slowing down and smelling the fully themed roses. 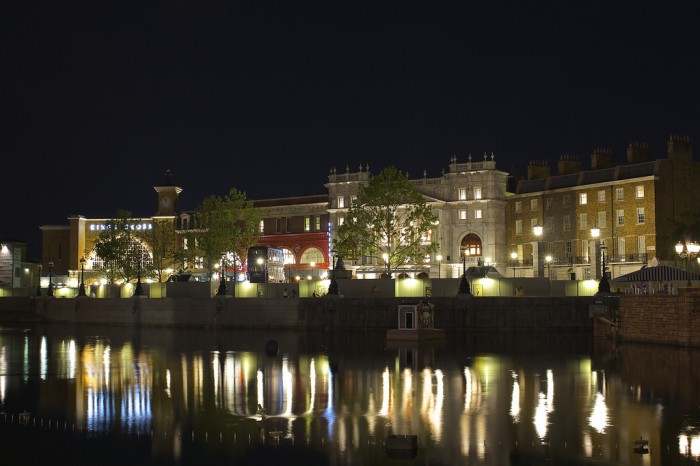 Yes, the waterfront section of muggle London, displaying such iconic architectural staples as Leicester Square, Wyndham’s Theatre, and, of course, King’s Cross Station (home of the Hogwarts Express ride), is the first sight that visitors see when approaching The Wizarding World of Harry Potter – Diagon Alley; however, most skip right over its many splendid offerings, even if they do stop to meet-and-greet with the Knight Bus Conductor (the theme-park land’s only character interaction).

There is a ton of secrets and Easter eggs located here; Kreacher the house-elf peeking out from the window of 12 Grimmauld Place, the recorded message you receive when you dial M-A-G-I-C in the phone booth, and the collection of faux albums located in the record store, which reference everything from Harry Potter creator Jo Rowling’s total veto power (Joe Sez No) to Jaws, the previous ride in this area (Here’s to Swimmin’ with Bowledgged Women by the Quint Trio), are enough to occupy you for a goodly amount of time.

But, more than this fun little scavenger hunt, there is just the pure beauty of the land – the manicured lawn, the park-esque greenery, the architectural detail of Eros Fountain. It’s nothing short of a majestic sight (especially at Christmas, when the towering row of London facades is all lit up with decorations!), even if it doesn’t feature any princess’s castle or fire-breathing dragon. Much like Port of Entry over at Islands of Adventure, spending time here will never be regretted.

Many guests flock to the Wizarding World to sample some of the delectable – and completely exclusive – culinary wares that have become the most famous in all of the theme-park world. But once you have your Butterbeer (frozen, I hope, as opposed to cold or hot) or your scoop of unique ice cream flavors from Florean Fortescue’s Ice-Cream Parlour, you’ll need a good spot to get out of the crush of people and to sit, relax, and enjoy your refreshments.

This is where the picturesque London waterfront area comes into play again – sitting on a bench in front of the fountain and enjoying my cup of ice cream is one of my all-time favorite experiences to have at Universal Studios Florida. It doesn’t even matter whether I’m taking in all the Harry Potter details or facing the other way, looking out over the park’s lagoon to enjoy all those sights.

Another must-do relaxation spot can be found right next to Gringotts Wizarding Bank (where Harry Potter and the Escape from Gringotts is, naturally, located), on the so-called stairway to nowhere. Although these steps were meant to be merely decorative and really do end without taking guests anywhere, they have become an open secret for being the optimal spot for people-watching – or for polishing off that drink or bite, given their close proximity to all of Diagon Alley’s food options. 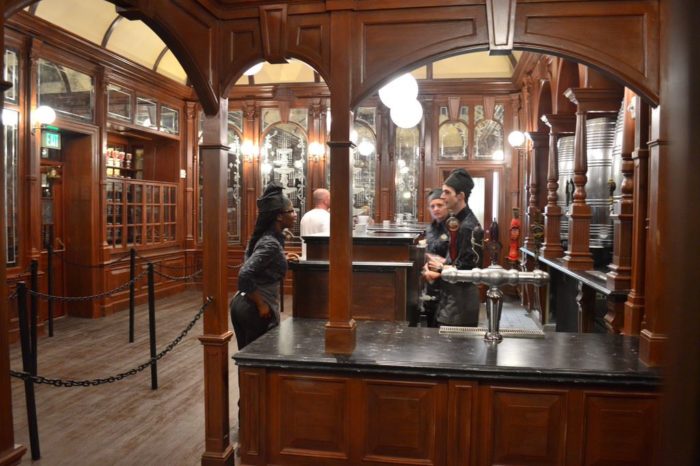 Those food options, while terrific and worthwhile on their own, actually do double-duty as another hidden gem.

One important lesson from The Wizarding World of Harry Potter – Hogsmeade, the first Potter land, was that the two additional Butterbeer carts could get just as backed up as the main eatery, The Three Broomsticks, did; as such, Diagon Alley features two quick-service stops that are better-themed and better-integrated into their surroundings and which are better equipped to process crowds. Both are absolutely worth your time – and not just for a (potentially) faster way of nabbing your Butterbeer than braving the lines of The Leaky Cauldron.

The Fountain of Fair Fortune is themed as a traditional British pub, and while there is no seating located inside (it’s designed to quickly handle throngs of people, remember), its gleaming wooden paneling and mirrors are a marvel to behold (there’s also a secret window into Knockturn Alley, which is all kinds of fun). And over at The Hopping Pot, an outdoor counter, you can find some tables nearby that provide one of the most unrivaled spots in all of Diagon Alley: from here, you can take in a show or watch wanna-be witches and wizards try their hands at the interactive spells (one of which produces splashes of water, to comical effect).

Even better, you can typically order a scoop of Butterbeer ice cream at either spot, allowing you to bypass the always-busy Florean Fortescue’s, along with a whole host of the other exclusive drinks and, in Hopping Pot’s case, beef pasties and chips. One could even argue that these two gastronomical locations are the main secret to having the best Wizarding World visit possible.

Here’s a short-but-sweet one for you. Just three short years ago, Universal added in a new little shop into an area that may already have been packed with them but which nonetheless acts as the icing on your magical vacation.

The Owl Shop works like this: you head up to the kiosk with some merchandise that you want to either send back home or mail off to friends or family (it really does act as the ultimate gift). From there, you can pick from two different levels of packaging, which throws on different-colored twine and stamps (corresponding to your Hogwarts house, of course) or wraps everything in fancy-looking wax paper and a seal. The resultant effect is understated but definitely classy – and all sorts of exciting for the Harry Potter fans in your life.

There are just a few different things to keep in mind: the price ranges from $20 to $25, you’re not able to send brooms, food, or walking sticks via owl post, and all recipient addresses must be within the United States.

What are your must-do stops at The Wizarding World of Harry Potter? Let us know in the comments.