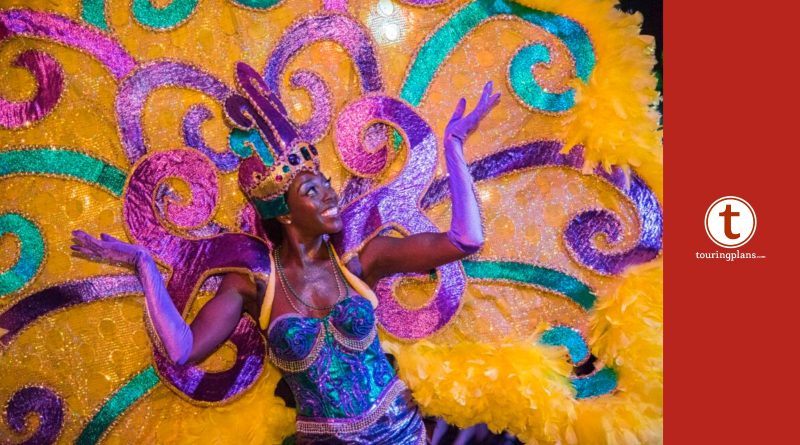 The French Quarter, located in New York Backlot, this year will feature cuisine inspired by all the countries of the world who celebrate a version of Mardi Gras. Do not worry, many favorites will return including the gumbo, po’ boys, jambalaya, and the Bayou Boil dinner. A tasting lanyard option will also be offered.

On select Fridays, Saturdays, and Sundays through the event the biggest names in rock, R&B, pop, country, and electronic music perform at the Universal Studios Music Plaza Stage. Concerts perform at 8:30 p.m. and are free with admission, select passes are blocked out.

Across the Pacific, Universal Studios Japan is quietly finishing the hotly anticipated Super Nintendo World land. This week Universal has started to lift the veil, giving press an opportunity to see some of the unique interactive elements in the land.

Guests have the opportunity to purchase the “Power Up Band”. This new merchandise item will activate objects in the land and rack up coins. Guests high scores and data will be tracked in the new Super Nintendo World app on phones.

Launching the media blitz of the land a music video featuring EDM artists Galantis and singer-songwriter Charli XCX debuted. “We Are Born to Play” features the Mario characters, Charli XCX, and dozens of Nintendo fans playing in the land.

Well, that’s new! A giant wall in the middle of Billabong now separates it from Island Clothing Co, which is now closed. P!Q next door remains open for now. #citywalk @UniversalORL ^@skubersky pic.twitter.com/2IoYjcMpPn

CityWalk is going through another overhaul with Fresh Produce and Island Clothing closing in the past few weeks and Piq! and Fossil running clearance sales. The current rumor is four retail locations in CityWalk will close to combine one large location. At this time we do not know what is coming to this area but the smart money is on a new, expanded Universal Studios Store.

Jurassic River Adventure is down for seasonal maintenance and will reopen January 25, 2020. Going through 2020 and into 2021 the Jurassic Park section of Islands of Adventure will see heavy construction and modifications as they build a new high-thrill rollercoaster. Universal is mum on details but expect to run with velociraptors, invert several times, and launch over the lagoon. The coaster is expected to open in early 2021.