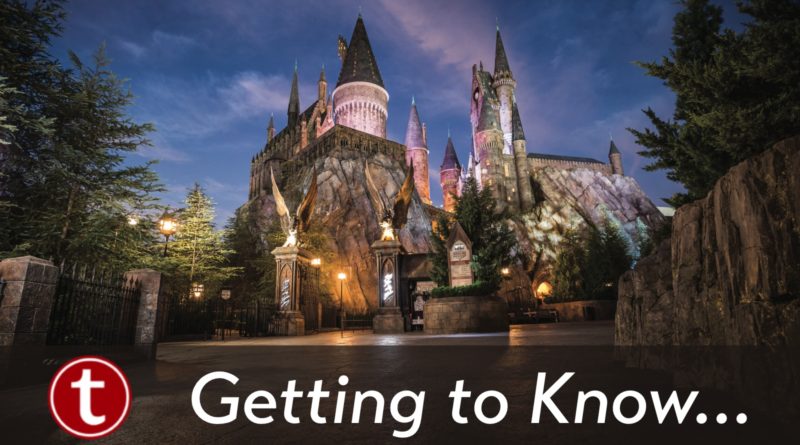 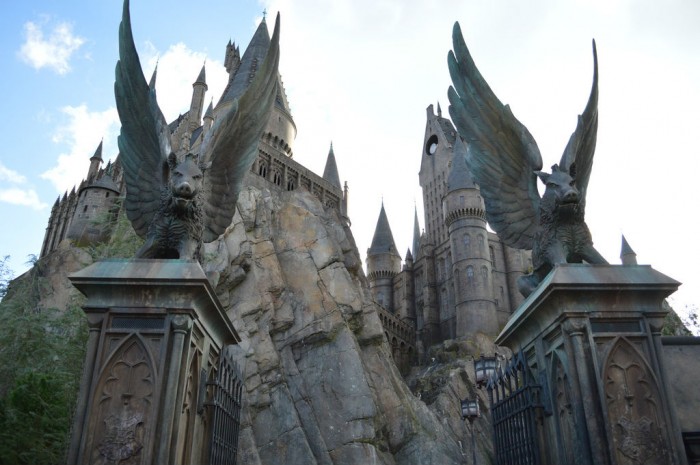 Today is unprecedented – Albus Dumbledore, the headmaster of the Hogwarts School of Witchcraft and Wizardry, has opened up the school and surrounding areas to non-magic folk (aka muggles) to find the next great witch or wizard. In Hogsmeade, the restaurants and shops are open for the first time to tourists, while Hogwarts itself is showing open house tours to interested families.

The attraction’s queue is a walking tour of Hogwarts, from the dungeons of the castle to the Griffindor Common Room. Guests start in the basement, where the classroom of Potions Master and the Mirror of Erised is located. Soon we are back outside, making our way through the school’s greenhouse filled with pitcher plants, Mandrakes, and (thankfully) drinking fountains. After ascending ramps in the greenhouse we re-enter the castle for the final time, passing the Hogwarts House Cup tallies as we enter Dumbledore’s office.

All of the original cast reprise their roles in this attraction, including Daniel Radcliff as Harry Potter and Michael Gambon as Albus Dumbledore. The queue and attraction make copious use of a projection technology called Musion 3D, a method that creates life-like hologram projections in real space. So when you enter Dumbledore’s office, you are not just walking through but also receiving a speech from him.

Dumbledore welcomes us to the open house and presses us to visit the History of Magic class to learn more about the school and this world. Harry, Ron, and Hermonie have other ideas as they hijack our little tour and decide the REAL way to experience Hogwarts is not in a classroom, it is on the quidditch pitch. After a short safety lesson in the Gryffindor Common Room, we board our flying benches in the Room of Requirement.

Our benches might seem quaint compared to other enchanted flying objects, but behind the scenes is one of the most complex ride systems ever used. Each bench sits on the end of a KUKA robotic arm, those long robots seen on automobile assembly lines welding fittings or attaching doors. The ride system functions similar to the retired Sum of All Thrills attraction at Epcot – guests are seated at the end of the robotic arm which then tilts, rotates, pitches, and yaws to simulate flying. Unlike Sum of All Thrills, this Kuka arm is on a track that moves through full immersive sets and seamlessly into 4K video domes.

Along our trip to the quidditch pitch we are chased by a dragon, get lost in the Forbidden Forest, tormented by Dementors, and narrowly escape a collapsing Chamber of Secrets. Harry then personally flies us back to the Great Hall, where Dumbledore greets us, knowing exactly what he set up. 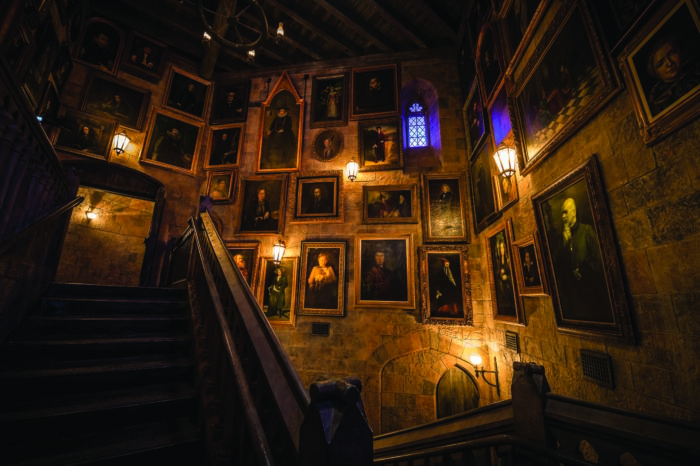 Harry Potter and the Forbidden Journey is a massive E-ticket thrill ride that still holds up over a decade later. While many attractions were high-tech and immersive before, the queue and ride through Hogwarts were unlike anything anyone saw at the time. For the first time, attraction scenes were filmed during the production of the movies using the actual actors, not sound-alikes in a sound stage. Technologies were combined in new ways to bring paintings to life, actors into the room, and guests through the skies.

Harry Potter and the Forbidden Journey is a landmark attraction, a pin in the timeline of themed entertainment, and a pivot point for the whole industry. It changed the theme park game and is rated still among the best rides in the world. We believe it is not to be missed.

Warning to motion sickness sufferers: Forbidden Journey is second only to Mission: Space Orange for the amount of motion sickness complaints. We suggest touring the castle and then exiting right before boarding, just talk to a Team Member in the Gryffindor Common room.

Forbidden Journey remains incredibly popular in the park thanks to the original film actors and takes place at Hogwarts. While its next-door neighbor, Hagrid’s Magical Creature Motorbike Adventure, has stolen most of the buzz, the lines for Forbidden Journey quickly rise in the morning into the afternoon. Waits for the attraction peak in the late morning through the early afternoon, especially if it rains or Hagrid experiences a technical delay.

What are your thoughts on Harry Potter and the Forbidden Journey? Love it or skip it? Leave your comments below!