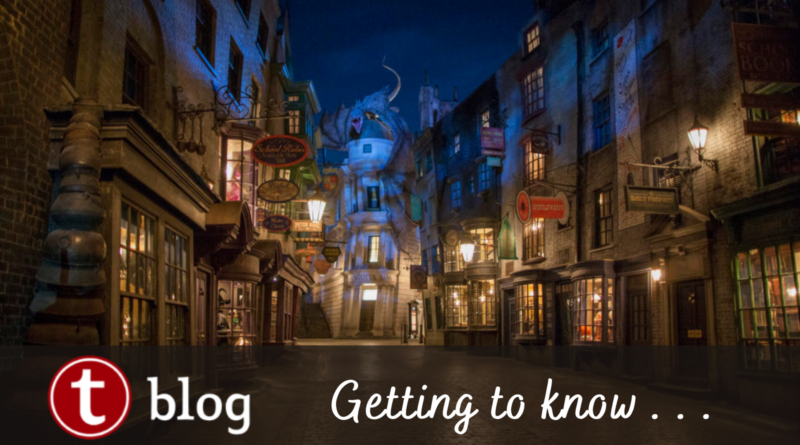 Whether you are a long-time Walt Disney World guest looking to switch your vacation up or you are visiting Orlando for the first time, planning a visit to Universal Orlando Resort poses a lot of questions. In this article, we will cover the groundbreaking Wizarding World of Harry Potter lands and what to expect on your trip.

The Wizarding World of Harry Potter is the overarching name for the themed areas, attractions, shops, restaurants, and entertainment based on the Harry Potter books and movies. Hogsmeade opened in 2010 at Islands of Adventure and features the Hogwarts School of Witchcraft and Wizardry, nearby Hogsmeade Village, and the events of the Goblet of Fire. Diagon Alley opened shortly after in 2014 and includes the London-based aspects of the world such as the Knight Bus, 12 Grimmauld Place, King’s Cross station, and the aforementioned Diagon Alley.

The lands are dense and sometimes overwhelming – your attention will be pulled in all directions with unique sights and sounds. With something around each corner, every nook and cranny is worth exploring.

Do I Need A Separate Ticket For The Wizarding World?

No, a standard Universal theme park ticket will admit you into the Wizarding World.

Universal confused the public by advertising Hogsmeade as “a theme park within a theme park”. This caused guests to assume they need a separate ticket to visit the lands (or that it was its own theme park). Admission to the lands and attractions in The Wizarding World of Harry Potter is included in your Universal Studios Florida or Islands of Adventure admission.

Tickets to Walt Disney World are not valid at Universal (you would be surprised how often this is an issue) and guests need the park to park admission to ride the Hogwarts Express. 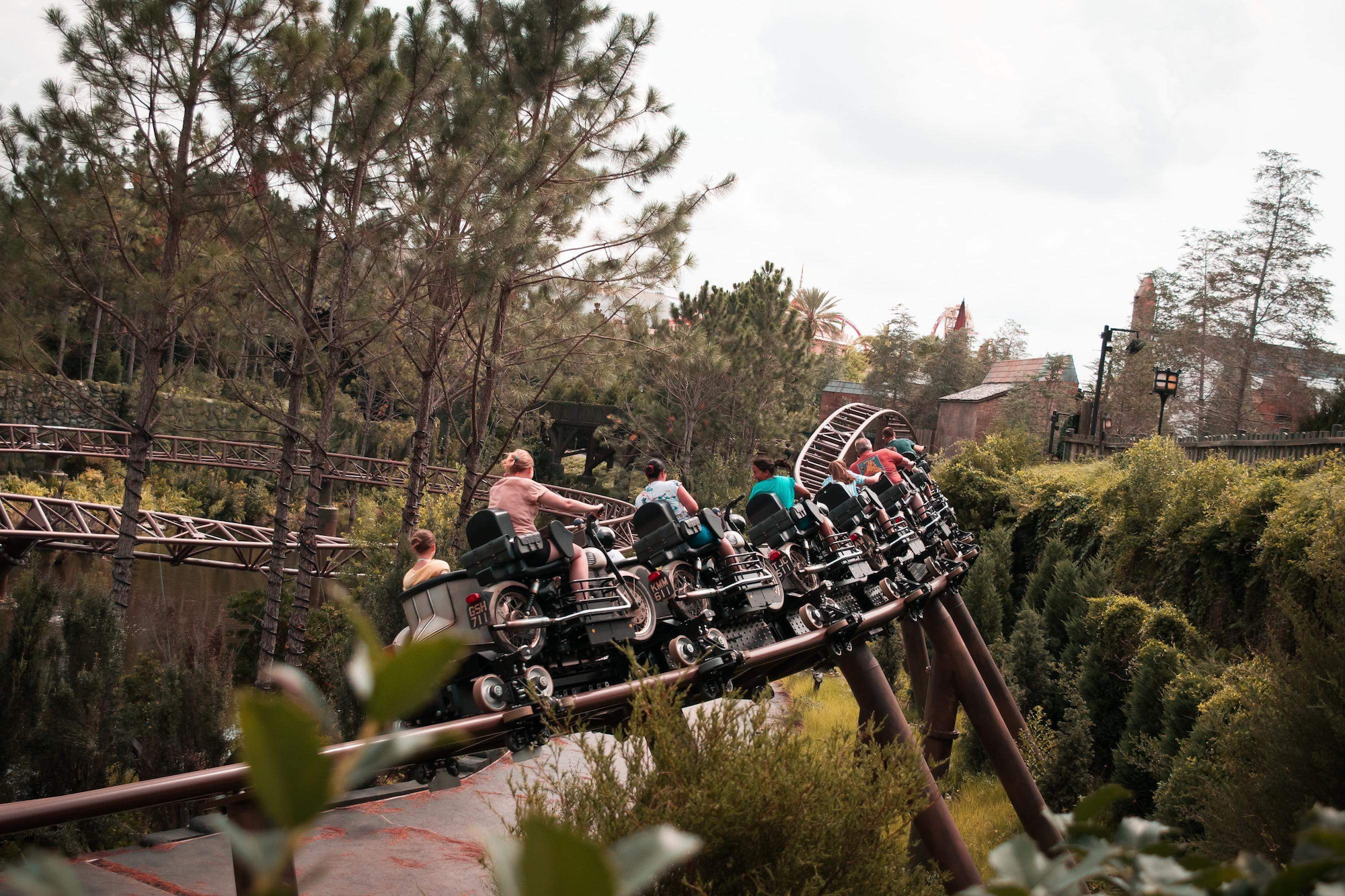 What Attractions and Shows Are in the Wizarding World?

The Wizarding World comprises some of the most ambitious and immersive attractions in the world. Experiences range from intimate stage shows to multi-million dollar, award-winning thrill rides. We consider each ride a Must See and the shows are worth your time if you have a relaxed touring schedule.

The Wizarding World of Harry Potter – Hogsmeade in Islands of Adventure 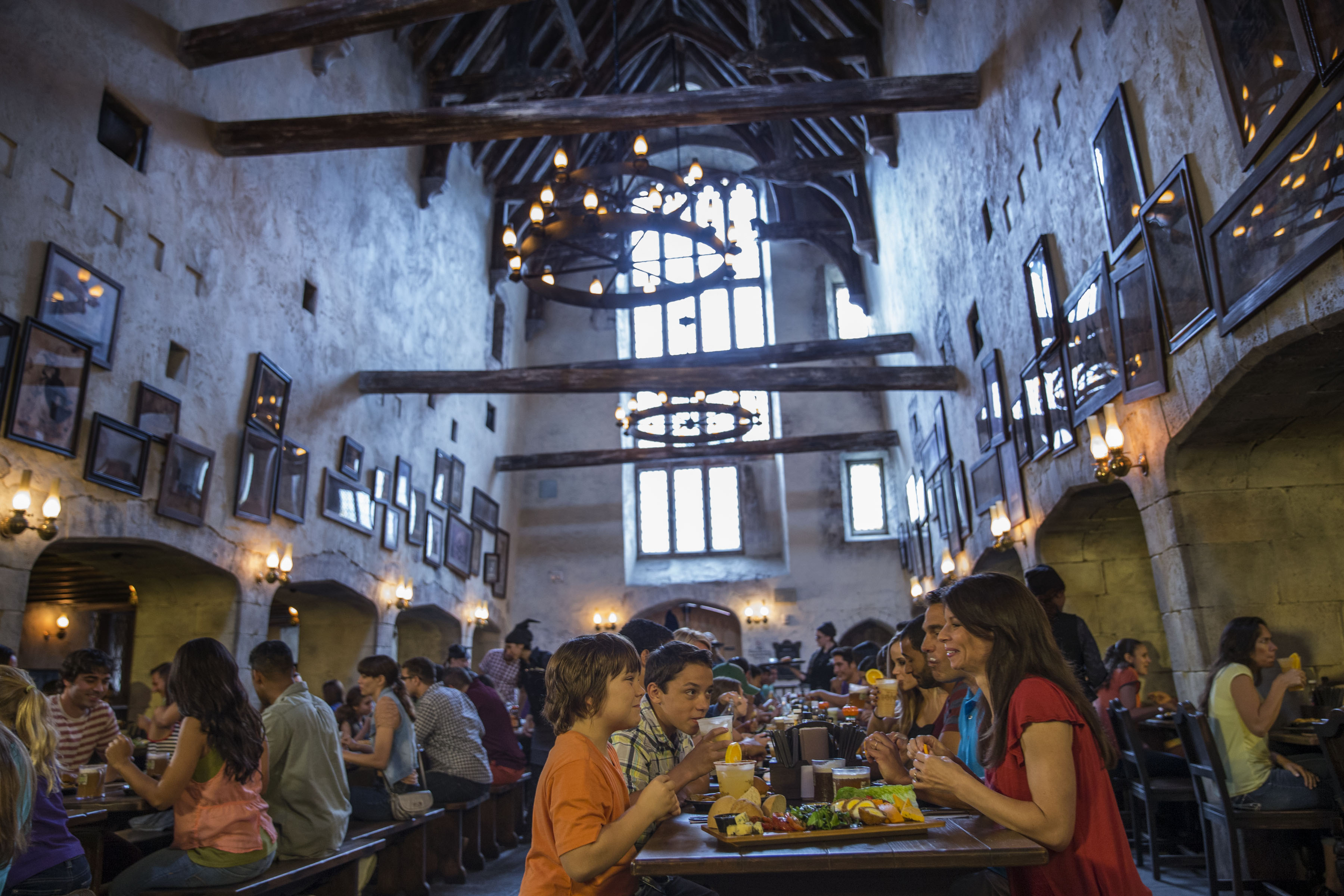 Where Can I Eat? Drink? Is There Alcohol?

Alcohol is available to discerning adult witches and wizards throughout the Wizarding World. Hog’s Head Pub in Hogsmeade pours British pints plus the exclusive Hogshead Ale beer. Diagon Alley is host to two bars, the Fountain of Fair Fortune and the Hopping Pot, both named after Potter short fables. Each serves a similar menu to Hogshead but with two different exclusive beers: Dragon Scale and Dragon Scale. Beer and wine are also available at dining locations and snack stands.

Like all Universal locations, only guests 21 and over with a valid ID will be served. 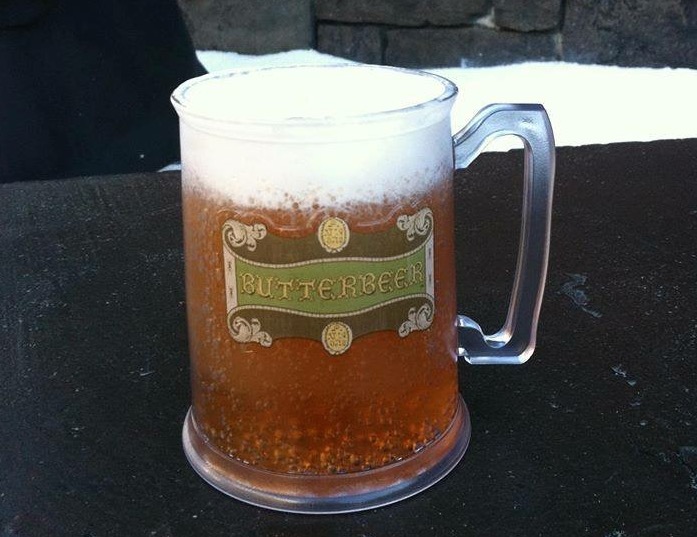 No! Butterbeer is non-alcoholic and free of high fructose corn syrup. The original themed beverage, butterbeer is a sweet drink based on cream soda with butterscotch notes. Before you ask, no Universal will not spike your cup of Butterbeer.

Butterbeer is available in several forms:

Ok, What About Merchandise?

Do they have merchandise! In addition to revolutionizing attractions and food, the Potter lands stepped up the souvenir game too. Dozens of highly themed shops sell everything from plush animals, practical jokes, wizarding school supplies, sports equipment, to even shady black market items. No matter your interest level there is a gift for you in the Wizarding World.

Ollivander’s, located in Hogsmeade and Diagon Alley, combines an intimate show with purchasing experience by selecting one lucky guest for their very own wand pairing. Guests are not required to purchase the wand afterward but come on, it is a pretty hard sell! Interactive wands cost around $65 with tax. 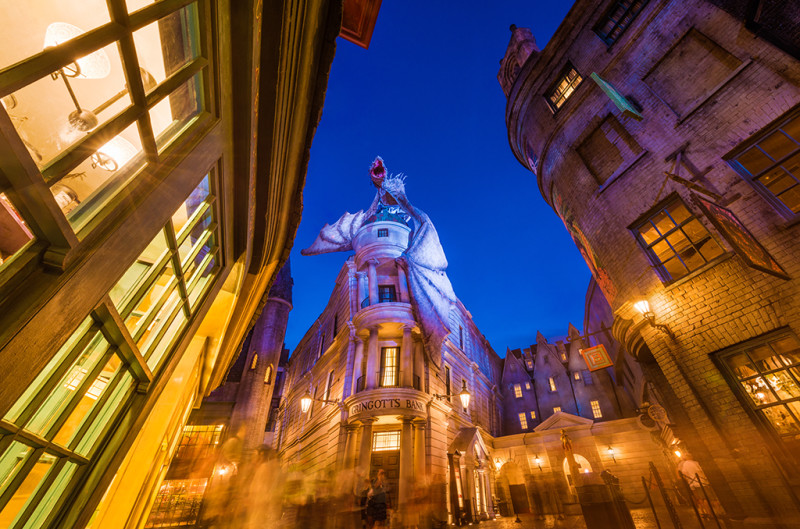 What Touring Plans Are Available For The Wizarding World?

Touring Plans for Universal Studios Florida, Islands of Adventure, and just the Wizarding World are included in our Universal Orlando Touring Plans subscription. For $8.95 plus tax, you receive access to these plans plus customizable touring plans, a crowd calendar for planning, and more.

Might I point you towards Touring Plans Travel Agency? Our Travel Agents will book your trip and watch for any discounts or upgrades. Do not worry if you like doing it all yourself, we offer the complete booking experience to just finding you what you need. PLUS if you book through them you will get a Universal Orlando Touring Plans subscription included! I have personally used the Travel Agency to book a hotel and watch for any Annual Passholder discounts.

Get your free quote today!

Have you been sorted into a Hogwarts house? Did a wand choose you? Leave your favorite aspects of The Wizarding World in the comments below!