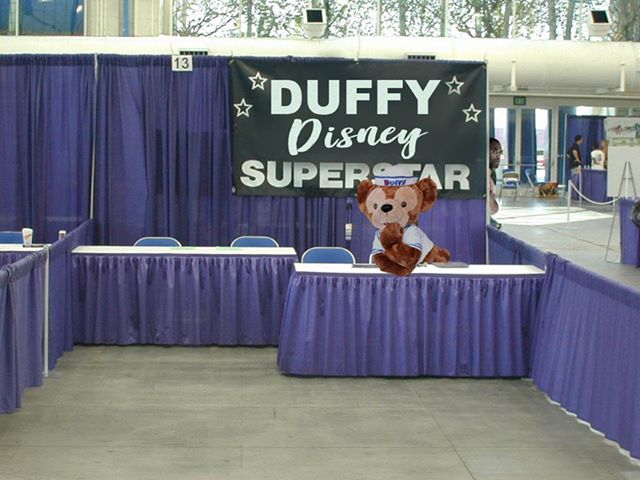 This week’s SATURDAY SIX takes a look at WDW Attractions with the lowest wait! We’ve all seen articles on rides with highest wait times, but what about the least?

To accomplish this task we reached out to the grand poohbah of TouringPlans, Len Testa. When we didn’t hear back, we reminded him to check his spam folder. Lo and behold we shortly received a whole bunch of historical data going back almost a decade. Line graphs, colorful charts, and several pages of documentation showing without a doubt which rides at Walt Disney World had the lowest wait times.

We then sent a follow-up email to Len asking him to please explain this to us as if we we’re five years old. We knew what everything meant, but we wanted to make sure he did too. Thankfully he got back to us and let’s kickoff the countdown with….

“The good news is if the line is more than 30 minutes, you’re back far enough to get a shot of tequila.” – Len Testa

Our first stop is in Epcot, inside the Mexico Pavilion with the Gran Fiesta Tour starring the Three Caballeros. A slow moving boat ride that floats gently by diners at the nearby San Angel Inn, Gran Fiesta is a gem in World Showcase. A great way to get away from the heat outside, and who hasn’t tried on an overly large sombrero upon exiting the ride? In late 2015 Disney shocked the fan community by installing animatronics for the Three Caballeros at the end of the attraction, making an already good ride even better.

“Slightly more popular than Mickey’s PhilharMagic” is how I want people to remember me, too.” – Len Testa

TriceraTop Spin is located in DinoLand U.S.A., one of the more controversial lands in Walt Disney World. Many guests feel the entire area feels “cheap” and more like a Six Flags than a Disney park. The SATURDAY SIX itself suggested the entire area be taken straight to the DISNEY DUMP. That said, there’s probably not a month that goes by where Imagineer Joe Rhode explains why the area is actually great (including a recent post on Instagram showing how Primeval Whirl is a parody of the nearby DINOSAUR attraction.) Long story short, in one hour someone can lay out the entire backstory of Chester & Hester’s Dino-Rama and explain in excruciating detail how that’s exactly what would happen if a place like the Dino Institute existed in real life.

I have often used this defense to explain Universal’s Transformers: The Ride – 3D show building. I tell people “this is exactly what the government would build if they found large transforming robots and created a place to store them. Have you ever been to the Kennedy Space Center?!” The usual response is, “it’s still an ugly box plopped in the middle of the park.” And you know what, they’re right.

Anyhoo, take the beloved attraction Dumbo the Flying Elephant, strip away all its charm, and you have TriceraTop Spin.

“If you’ve ever waited more than 25 minutes for this, then you can say it was busy.” – Len Testa

For our family, Mickey’s PhilharMagic is one of our favorite attractions, and one that seems ready made for constant updates. The queue features some terrific poster parodies, including one featuring the rarely seen Willie the Whale character. Most likely you’ll be breezing right by all the posters because there’s almost never a wait. The show itself is fantastic, with Donald Duck hilariously inserted into several classic Disney animated films including Peter Pan, The Little Mermaid, and Beauty & The Beast.

“When things get crazy at the Studios, there are 20-minute waits here.” – Len Testa

For a hot minute it seemed like The Muppets would soon be on the Extinction List at WDW. Muppets Most Wanted made $30M less than The Muppets movie (which itself wasn’t a huge hit.) The Muppets TV show was cancelled by ABC after already retooling the series halfway through the season. The signage at Muppet*Vision 3D was changed where it would appear that it could just be swapped out to something else really quick.

All of a sudden, a Muppets themed restaurant took over Pizza Planet at DHS. Yes, PizzeRizzo is “gently themed” when it comes to Muppet references inside the building and serves truly awful food, but it does have several five star pieces of signage outside. The Muppets Present Great Moments In America History is a must-see in Liberty Square, and the Muppet Mobile Lab was dusted off and brought back to Epcot.

So the future of The Muppets looks brighter now than it did not that long ago. While Muppet*Vision 3D is showing its age, there is something to be said about it being the last thing Jim Henson personally worked on. The queue and show are filled with the trademark Muppet brand of humor that works on several levels.

“Waits of 18 minutes are possible on the busiest days of the year.” – Len Testa

Its a proven fact. Kids love carousels. You can throw all the next level 3D E-Ticket fully immersive rides you want at them, and more often than not they’ll STILL just want to ride the carousel again. At WDW you’ll find one of the most magical carousels in all the land with Prince Charming Regal Carrousel. Elegant and whimsical, the Regal Carrousel is a ride that can charm even the most curmudgeonly of guests.

“On the busiest days of the year, this might have a wait over 10 minutes.” – Len Testa

As we mentioned earlier, there is something special about Muppet*Vision 3D because of Jim Henson’s involvement, and the same can be made about Walt Disney’s Carousel Of Progress. While Disneyland is filled with things Walt Disney personally had a hand in creating, the same can’t be said about Walt Disney World. One attraction we do have is the Carousel Of Progress, a ride that Disney and his Imagineers created for the 1964 World’s Fair. Carousel of Progress contains everything rides today shy away from. It’s “edu-tainment” done right, as it goes through the changes in technology over the last century in an interesting way. It’s 20 minutes long, a far cry from the 3-4 minute “experiences” we get today. It’s filled with audio-animatronics. It has a classic Sherman Brothers song with “Great Big Beautiful Tomorrow” that you’ll be humming long after the ride ends. Attractions like Carousel Of Progress is what separates Disney from all of their competitors and what make theme parks special.

HONORABLE MENTION – It’s Tough To Be A Bug

“It’s Tough to Be a Bug, which will make a great Wakanda attraction in a couple of years.” – Len Testa

With Alien Encounter long gone, It’s Tough To Be A Bug is the last Disney attraction designed seemingly only to frighten young kids. Like many horror films, the storyline of the attraction is guests confined in a dark space that is overrun by bugs. Featuring characters from a bug’s life (we’re getting sequels for everything else, why not that one Pixar?!!,) It’s Tough To Be A Bug does get points for being inside the wonderful Tree of Life, and be on the lookout for some terrific parodies of movie posters in the queue.

So there you have it: Six WDW Attractions with the Shortest Wait! See you next weekend for the latest installment of the SATURDAY SIX, where we’ll look at something fun from the world of Disney and Universal. If you enjoyed yourself, be sure to check out The Magic, The Memories, and Merch! articles, or, for your listening pleasure, check out the E-Ticket Report podcast. You can also follow Your Humble Author on Twitter (@derekburgan).

Special Thanks to crack staff photographer Brandon Glover, the Sommelier of Tony’s Town Square Brian Carey, photo wunderkind Mike Sperduto, and blogger to the stars Megan Stump for their invaluable assistance with this article. Be sure to also check out Brandon on The Park Blogger podcast with goofballs co-hosts Aengus Mackenzie and LitemAndHyde , while fellow Potterheads may enjoy Meg’s work on the Central Florida Slug Club.

8 thoughts on “SATURDAY SIX: The 6 Attractions at Walt Disney World with the SHORTEST WAIT TIMES”