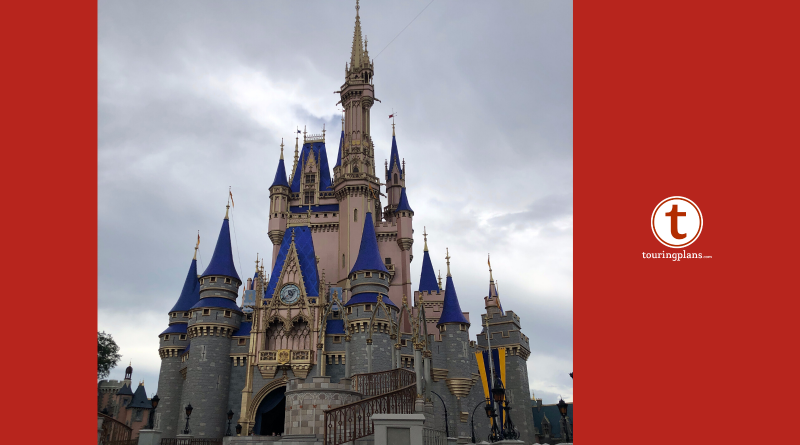 I’m loathe to say anything positive about a world health crisis, so let’s stipulate that almost every aspect of the Coronavirus pandemic is horrifying and heartbreaking. There is nothing good and everything awful about illness, loss of life, job loss, and forced isolation.

On a much more prosaic level, while theme parks are certainly not essential (unless, of course, they’re your employer), for fans of the parks, Disney World’s four-month shutdown has been a time of melancholy and worry. Would our beloved happy place be unrecognizable when it returned?

Now that the parks have reopened to all guests, there are a host of changes in place. Some are sad or frustrating, but not all the news is negative from a park touring perspective. There are some aspects of the COVID-era parks that, dare I say, make things better than “Before.” Here’s the silver lining in the new Walt Disney World procedures.

Though Disney has always had a reputation for cleanliness, any frequent park-goer has seen more than their fair share of overflowing trash cans and sticky toddlers licking handrails. Now that extra sanitation teams have been dispatched throughout the parks, the facade of clean has been replaced with actual clean. The goo is gone!

With park capacity now limited to an estimated 1/4 to 1/3 of previous limits, the crowds of yesteryear have vanished. Since the parks have reopened, the longest posted wait we’ve seen for any attraction is about an hour (with most at far, far less than that). The days of four-hour attraction waits have vanished.

In addition to reduced attraction wait times, the crush of crowds in walkways is now gone as well. You can get from point A to point B without bobbing and weaving. We’ve also seen fewer strollers, wheelchairs, ECVs, and other conveyances in the parks recently, so you’re less likely to get your toes crushed by wayward steering.

You can sleep later.

Gone are the days of the 5:00 a.m. wake-up call to get you up for morning Extra Magic Hours. Some parks are opening as late as mid-morning, with no early entry for resort guests. You could wake up at something approaching a normal hour, eat a leisurely breakfast, and still make it to the parks at opening time.

FastPasses are gone for the time being. This means that there’s no pressure to run across the park in a mad quest to get to the ride you made a reservation two months ago that you maybe aren’t really in the mood for right now. You can do what you want, when you want, without pressure to guess in advance where you’ll be. That said, a good touring plan can still help you make the best use of your time.

The characters are having more fun.

With standard wait-in-line character meet & greets now paused, Disney has sent some characters into the parks for lighthearted adventures. We’ve seen Winnie the Pooh trying to catch butterflies, Merida on horseback, Anna riding in a carriage, Donald & Daisy on a boat ride, small cavalcades of characters on single floats, and a host of other appearances. These are charming, unpredictable, and just plain fun.

Mobile order is the order of the day now. Rather than standing in a line to request food, guests now primarily request food via the My Disney Experience app. You’ll get pinged when it’s ready!

Touring Plans’ fearless leader Len Testa has been raving about the quality of Disney’s food since the resort has reopened. The chefs are now able to give each meal more attention rather than just working to dish out volume.

There are incredible photo opportunities.

If you like taking atmospheric photos of the parks, there has rarely been a better time to do so. Fewer guests means more chances to capture wide exterior shots with no pesky people in the background.

This is also one of the few times you’ll easily get on-ride photos with just your party. For example, Disney is only loading one party in each Test Track vehicle.

And if you’re into cosplay or Disney-bounding, the mask mandate means you can now work characters with face coverings into your repertoire. I wanna see those Vader masks in Batuu!

There are fewer points of sensory overload.

We’ve heard many guests complain about the pause on evening fireworks, but for travelers with sensory overload issues, the ceased fireworks are a boon. There’s less noise and vibration to unsettle nerves before bedtime. The slower pace overall makes meltdowns less likely.

Many of the Disney World “extras” such as backstage tours, the Bibbidi Bobbidi Boutique, and the Halloween parties now on hold, there are simply fewer things to spend your money on. Additionally, with the parks less crowded, it’s likely you’ll be able to experience all the park attractions in a shorter amount of time, meaning that you might not need as many park days or hotel nights.

Though we certainly miss many aspects of pre-pandemic Disney World, in this brave new World, there might be an actual vacation within your vacation.

15 thoughts on “The Silver Lining of Disney’s Pandemic Precautions”