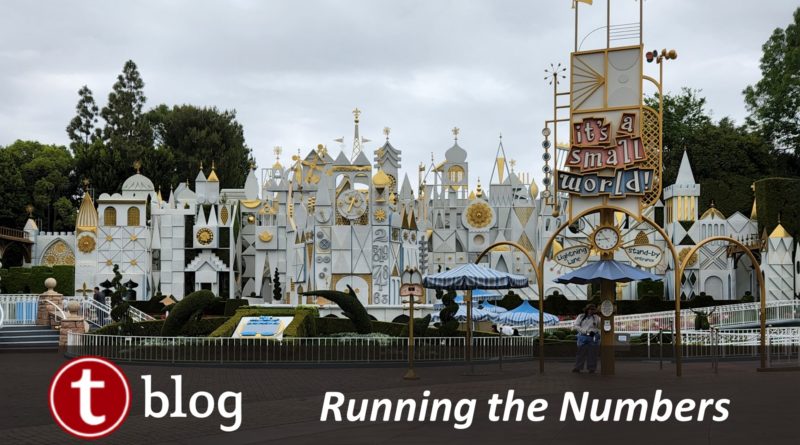 Last week I wrote something ridiculous like 3000 words all about how downtime at Walt Disney World is so awful and getting worse (see here for parks data, and here for attraction-specific data). I stand behind those words – things aren’t trending well, and even a park with an average of 3-4% of capacity lost every day due to downtime shouldn’t be acceptable. And yet … you clever readers, you, asked me to compare it to Disneyland. And I’ll go ahead and say that I was shocked by the results.

In today’s post we’ll look at how overall capacity lost due to downtime at the west coast parks compares to the east coast parks for all of 2022. And then we’ll pair up specific sets of identical (or almost-identical) attractions so that we can determine if we can identify any trend.

If you look up any past date in the crowd calendar (Disney World or Disneyland), you’ll see information about capacity lost due to downtime for each park. And if you look at any wait times graphs for any attraction for any date in the past, you can also tell when a ride is down by the lack of posted wait times for a specific time period.

For this post, we’ll be looking at two different questions and sets of data:

Which Park Has the Worst Capacity Issues?

One note before we dive in – we don’t have two full years of data post-reopening for Disneyland or California Adventure. That means trending isn’t really fair, since there are some similar weather cycles there, although they are much smaller in scale and peak at different times than those at Walt Disney World.

So we’re going to compare data from 2022, so far. Those almost-6-months on both coasts contain very similar of percentages of total average rainfall on both coasts, so even though it hits different parts of the weather cycle, it’s as fair of a comparison that we can get right now.

Even crazier? At Walt Disney World, there are three attractions with over 10% average capacity lost due to downtime so far this year. On that west coast, that number of attractions rockets up to SEVEN.

The above chart compares attractions that appear on both coasts, and that are more susceptible to weather-related closures.

Were you as surprised as I was by the large amount of lost capacity due to downtime at Disneyland and California Adventure? Have you experienced any downtime on your Disneyland trips? Let me know in the comments!

6 thoughts on “What About Downtime at Disneyland?”