Disney released My Disney Experience version 2.1, its mobile application for iPhone, on Sunday. Disney says the new app has 2 features: easier linking of park admission and the ability to manage FastPass+ selection for your friends.

Coincidentally, a copy of the app’s source code fell off a truck in Queens last month, just as I was walking by. It was my lucky day. Turns out there’s some hidden functionality in this version of MDE, which Disney can switch on and off remotely, to change how FastPass+ will function later this year.

Before I go over those changes, here’s a disclaimer: Absolutely no one from Disney’s Decision Science group has ever, in the history of ever, met me at a bar in Winter Park a couple weeks ago with a USB drive full of emails and Powerpoint documents to confirm these changes. I’ve never even been to the Ravenous Pig. You’re watching too much Homeland, okay? Lay off the Showtime.

Now that we’re straight, on with the show.

The new version of MDE lets guests make bus reservations for transportation to and from the theme parks each day. As proof that programmers have humor, it’s called Bus+ in the code.

I hear this feature will be rolled out to the value resorts this summer. The theme park bus stops at each resort will be reconfigured into two lines, one for FastPass+ reservations and one for standby. When a bus arrives at the resort, guests in the FastPass+ line will board first. If there’s room left on the bus, guests in the standby line can board until the bus is full. Anyone left in the standby line will wait for the next bus. No word on whether standby guests already on the bus will have to give up their seats for FastPass+ guests.

A return trip back to your hotel is included as part of the FastPass+ pick, but you have to ride each way within the 1-hour time window you select ahead of time, otherwise you’ll be directed to the standby line.

The good news is that “FastPass Bus” won’t count against your FastPass+ entitlements for the day. The bad news is that the Magic Kingdom monorail will.

Disney’s building a second ferry dock at the Transportation and Ticket Center, and the plan is to convert the monorail into a FastPass+ attraction. Standby guests must take the boat to the Magic Kingdom, while FastPass+ guests take the monorail, which will count as 1 FastPass+ entitlement each way.

A monorail ride from the Magic Kingdom to Epcot will also count as 1 FastPass+ entitlement. As proof that corporations have a sense of humor, the discussion that justified this inside Disney was that since Universal is charging guests for Hogwarts Express as park-to-park transit for its new Diagon Alley, so should Disney.

The new version of the MDE app allows Disney to change the “cost” of each FastPass+ attraction during the day. Starting in June, certain “signature” headliner attractions will count as 2 FastPass+ entitlements if you ride them after dark. Signature attractions include Big Thunder Mountain, Splash Mountain, and Jungle Cruise in the Magic Kingdom, Expedition Everest and Primeval Whirl in Animal Kingdom, and Tower of Terror and Backlot Tour in the Studios.

The idea for Signature FastPass+ came out of research Disney did for the *confirmed* nighttime version of Kilimanjaro Safaris, set to open with Avatarland in 2017. Guest reaction to this was so positive that Disney wants to test “charging” more for it. This also saves more FastPass+ ride capacity for other guests, meaning Disney doesn’t have to build more rides. So thanks for nothing, James Cameron.

It’s been known for a while that Disney is going to make some character greeting spots FastPass+ only, meaning there’ll be no standby line, and every guest will need a reservation to get in. That’s not news. The first of these will be Winnie the Pooh at both the Animal Kingdom and the United Kingdom pavilion at Epcot, and the Cars characters at the Studios.

In the Magic Kingdom, Disney is planning to rope off the open space near the Rapunzel tower next to “it’s a small world” in Fantasyland, to use as an elaborate meet-and-greet area for Winnie the Pooh and the characters from Hundred Acre Woods.

The funny thing is – the way the space was designed – Disney is going to have to block off the Rapunzel-themed bathrooms, too, meaning only people using FastPass+ for Pooh will have access to the restrooms. So it’s only natural that Cast Members are calling this “FastPass Flush.” The jokes just write themselves.

FastPass+ Plus (“FastPass Plus Plus”) and the Golden Snowflake

You knew this was coming. Sometime later this year, deluxe resort guests will begin to see enhanced FastPass+ entitlements not given to other guests.

If you’ve been to the parks recently, you’ve seen that long lines can develop at the FastPass+ return entrances for popular attractions like Pirates of the Caribbean. But Disney doesn’t want its big-spending deluxe resort guests to wait in any lines, because this reduces guest satisfaction.

To fix this, Disney’s looking at building a special FastPass+ entrance at a couple of test attractions (including Pirates), just for deluxe resort guests, so they won’t have to wait while everyone else figures out how to scan their MagicBands.

The plan is for deluxe resort guests to receive a Frozen-themed golden snowflake, to be placed on their MagicBands, upon check-in. When a Cast Member working the regular FastPass+ line sees the golden snowflake, they’ll discreetly direct those guests to the “Fast FastPass+” line that goes directly to the ride boarding area. In what signals the death of the English language, the original FastPass+ line is being referred to inside Disney as Standby FastPass+. 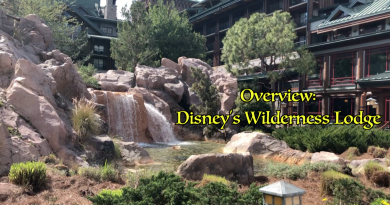