There are 11 places at Walt Disney World that host ever-popular character dining. While the total value of eating with characters can be debated, the thrill of shoveling sausages into your gullet while Mickey Mouse hovers over you can only be experienced by experiencing a Disney World Character Meal.

I am, of course, being flippant, as I am a huge fan of character dining. Along with my family I have eaten at least once at each of the character dining spots (reviews are linked at the bottom). Okay, truthfully I have never eaten at the Garden Grove character meal at The Swan Resort, but it’s never particularly appealed to us. Someday I will eat there just to be a completist, but for now it will not be further discussed.

So, anyway, I’m here to help you pick the perfect character meal (or meals) to visit while you’re on vacation. Let’s start with a few caveats, the most important one of which is that characters rule. What I mean by that is this: if there is a particular character that you or your child wants to visit more than anything, go to that meal. Even if the food is terrible and the atmosphere is worse than a dentist’s office, pick the one with the characters you want to see. Trust me when I say that a small portion of your meal price is going to food and atmosphere. You are paying for characters, so look there first.

My second caveat (and last…for now) is that these are based mostly on the opinions of my family. Yes, I am almost always right, but on the 0.001% chance that I’m not, just chalk it up to our differing tastes. So on to what you’re paying me the big bucks for (ed – we pay him in chocolate coins): how to pick the right Disney World character meal for you.

If you are looking for:

Chef Mickey’s – This very popular meal is held in Disney’s Contemporary Resort and is available for breakfast and dinner. Chef Mickey’s features Mickey, Minnie, Donald, Goofy, and Pluto, lovingly referred to as “the big 5” for obvious reasons. When you think Disney, you think of this quintet, which is why this is a hot ticket. The same characters are at breakfast or dinner, but I would recommend breakfast if you can fit it in your schedule. The buffet-style food isn’t great at either, but it’s harder to mess up breakfast, and it’s cheaper.

Princess Storybook Dining at Akershus Royal Banquet Hall – If the first character you think of isn’t Mickey Mouse then it’s likely a princess. There are two options at Disney World: Cinderella’s Royal Table (keep reading) and Akershus in Epcot’s Norway Pavilion. I opted for Akershus because of several reasons, the first of which is that it is cheaper, especially if you are on the Disney Dining Plan. Akershus only requires one dining credit where as Cinderella’s Royal Table requires two, yet it is definitely not twice as good.

I personally also enjoy the food more at the Epcot princess meal, although the sort-of-traditional Scandinavian food may be too unique for some people. The rest is a push, or close enough to it. The atmosphere is not quite as good at Akershus, but it is still quite nice and royal feeling. The lineup of princesses is almost identical, with the only major change that Belle is the meet and greet princess out front here versus Cinderella at her Royal Table.

Three way tie (yeah, cheating) between Play ‘n Dine at Hollywood & Vine, ‘Ohana, and 1900 Park Fare (dinner). The reason I cheated and named three here is because all three include characters that are either not found elsewhere or are hard to find.

Hollywood & Vine, found within Disney’s Hollywood Studios, is one of my least favorite venues as it is only barely themed as what appears to be a diner found in a lesser theme park. The food is also not great, which again leads me to recommend breakfast for its lesser mess-up-ability. What Hollywood & Vine does have is characters that, if you have a young one that watches a lot of Disney Junior, you are very familiar with. As of this writing Sofia the First, Doc McStuffins, Handy Manny, and Jake (from Jake and the Neverland Pirates) meet guests daily, and this is the only place that you can currently meet Doc McStuffins.

‘Ohana is the Polynesian Resort’s main restaurant and is very popular. For breakfast, guests interact with Mickey Mouse, Pluto, Lilo, and Stitch, which may not sound very rare, but this is the only place I know of that Lilo appears regularly. In addition, the family-style food served at ‘Ohana’s breakfast is better than what is served at many other character meal breakfasts. It is much the same food, but it tastes more freshly prepared.

1900 Park Fare is within the Grand Floridian Resort. Unlike most Disney World character meals, 1900 Park changes characters based on the meal. The meal I am recommending here is dinner, which is attended by Cinderella, Prince Charming, Lady Tremaine (stepmother), Anastasia, and Drizella (stepsisters). Prince Charming is the most rare of the characters here, although Cinderella is the biggest draw, and the stepsisters are the most amusing (they really are quite funny).

Cinderella’s Royal Table – Several character meals are held in impressive locales, but none are as awe-inspiring as Cinderella Castle. Just eating inside the symbol of Walt Disney World is something to treasure, but the interior of the restaurant makes it even better. The entire space is a wonderful mix of authentic-looking medieval touches and the whimsy of a little girls dreams. The exposed wood, suits of armor, small dining space, and gorgeous stained glass make this one an easy call for best atmosphere.

Crystal Palace – Okay, I actually like the food at ‘Ohana a little bit better, but there is another reason Crystal Palace deserves this spot. The fact that it is inside the Magic Kingdom means that an early enough breakfast reservation (ideally 8 am when the park opens at 9) means that you can get through the gates a full hour early. Sure, the food is pretty good, but the opportunity to walk a dead empty Main Street, U.S.A., and still be done with breakfast in time to be the first one on the attraction of your choice is the real reason for breakfast at Crystal Palace.

Just as an aside, Crystal Palace could have easily been a fourth entry on the rare characters list as well. Sure, Winnie the Pooh and Tigger meet elsewhere, but go ahead and try to find Eeyore or Piglet anywhere.

Donald’s Safari Dining at Tusker House – This character meal inside Disney’s Animal Kingdom was a close runner-up to a few different categories. The African market-esque atmosphere is wonderful and the breakfast food is quite good, but where it sets itself apart is its lunch. With somewhat unusual, yet flavorful, items such as spiced tandoori tofu, rotisserie pork loin, and Cape Malay curried chicken, the food is unique and delicious, something that cannot be said of most character meals. The addition of Donald Duck (outside taking pictures), Daisy Duck, Mickey Mouse, and Goofy are just the proverbial icing on the tandoori tofu.

Chip ‘n Dale’s Harvest Feast at The Garden Grill – This might be my most controversial selection as I seem to rate the food at The Garden Grill more highly than some, but I stand by it. I have eaten here on three separate occasions over the past 4 years and have had wonderful food each time. The selections are few: beef, turkey, and fish. But the family-style meals are fresh, well prepared, and delicious. Of course, being a character meal means that Mickey Mouse, Pluto, Chip, and Dale are also roaming the [sometimes] rotating restaurant.

So those are my recommendations. If you’re counting I seem to have missed one…well, yes, I couldn’t find anything nice to say about the character breakfast at Cape May Cafe in the Beach Club Resort. I really just don’t like that one. I find the atmosphere Denny’s-quality, the food average, and the outfits the characters wear shockingly bad. Besides, you can meet Goofy, Minnie, and Donald elsewhere fairly easily.

Hopefully this list will help you or at least give you someone to blame when things go wrong. As always, I appreciate any comments or feedback below. Thanks for reading!

Menu Monday: WHY WAIT IN LINE WHEN WE CAN JUST DINE? Considering the value of Disney’s Character dining. 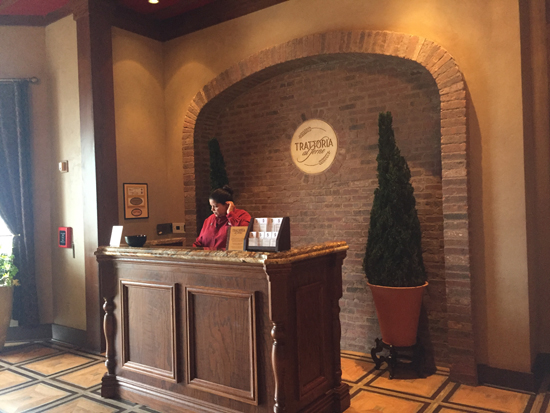