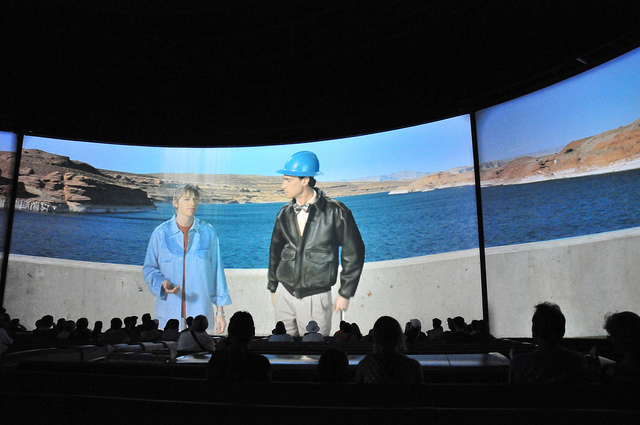 Now that we have a month of wait times after Sum of All Thrills closed in Innoventions East, we’ve got enough information to update our Epcot touring plans for the rest of 2016 and into 2017. In this blog post I’ll explain which Epcot touring plan strategies work best with Epcot’s current attraction lineup, and the trade-offs in those strategies. I’ll also explain which strategies don’t seem to work at all.

Epcot Touring Plan with Sum of All Thrills

For comparison with the new plans, here’s the initial part of our last Epcot touring plan to feature Sum of All Thrills. The predicted wait times shown are for November 26, 2016 – the day after Thanksgiving. We’re predicting a crowd level of 9 (out of 10) on our Disney World Crowd Calendar:

There were several advantages in putting Sum of All Thrills as Step 3 in the plan. One was reduced walking time, because you were already in Future World East when you visited Test Track in Step 2.

Another advantage was a shorter wait at Mission: Space Orange, because you could schedule a FastPass+ reservation around the time you expected to be done with Sum of All Thrills. That left you with a FastPass+ for Frozen Ever After. If you got a Frozen Ever After FastPass+ reservation for evening (as our plan suggested), you’d follow a counter-clockwise tour of World Showcase starting in Canada. And if your Frozen Ever After Fastpass+ was in early afternoon, you’d follow a clockwise tour of World Showcase starting in Mexico.

When building these new Epcot touring plans, I used our touring plan software to evaluate every possible set of choices in Epcot’s two FastPass+ tiers. Recall that, like Disney’s Hollywood Studios, Epcot’s FastPass+ rules use a two-tier system to divide the park’s very popular and less popular rides:

IllumiNations: Reflections of Earth
Frozen Ever After
Soarin’
Test Track

For example, I built Epcot touring plans that chose Soarin’ as the Tier A FastPass+ reservation. I also tried different reservation times, such as 9 a.m., 10 a.m., 11 a.m., and so on. Then I tried Test Track and Frozen Ever After the same way. And with each of those basic parameters, the touring plan software tested different times of day to visit the other top-tier attractions.

Two different strategies stood out in those Epcot touring plan tests, although both of them take about the same amount of time to complete. One strategy has slightly more walking to avoid waits in line. The other strategy has slightly longer waits in (air-conditioned) line, with less walking and slightly more free time. The right strategy for you depends on your preference. (For all plans, I used the “relaxed” walking speed – one notch slower than average.)

The plan that we picked as the new One-Day Epcot Touring Plan for Adults is the one with less walking and almost an hour of afternoon free time:

Here’s the alternative touring plan, with less waiting in line and more walking. The big differences between this plan and the one above are: (1) it uses Soarin’ as the top-tier FastPass+ choice; (2) it visits Frozen Ever After before lunch and before finishing all of Future World; (3) it backtracks to Future World during the evening, when Future World crowds are low, before heading back to World Showcase for IllumiNations.

If you want to see Soarin’, Test Track, and Frozen Ever After in a one-day tour of Epcot, don’t start at Frozen Ever After, even if you have a FastPass+ for it. No matter what I tried – different FastPass+ strategies, different lunch times – I couldn’t fit all of Epcot’s attractions into a one-day tour that started at Norway. The problem with starting an Epcot tour at Frozen Ever After seems to be that by the time you walk back to Future World, the lines for Test Track and Soarin’ are long. And by the time you’re done with those two, lines at secondary attractions such as Journey Into Imagination and Living with the Land are long, too.

What’s Next for Epcot Touring Plans

We’ll continue seeing how wait times shape up through the winter, including whether Frozen Ever After’s wait times moderate. There’s also a rumor circulating that the 20-year old Ellen’s Energy Adventure attraction will close in early 2017 as part of either a major refurbishment or re-theming. We removed the attraction from most of our Epcot one-day touring plans earlier this year because of low ratings. If Ellen’s does close, we’ll see how that affects traffic patterns in Future World East. 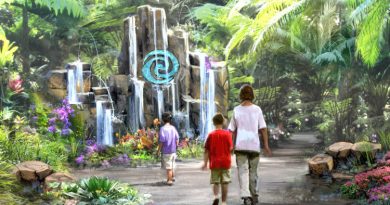