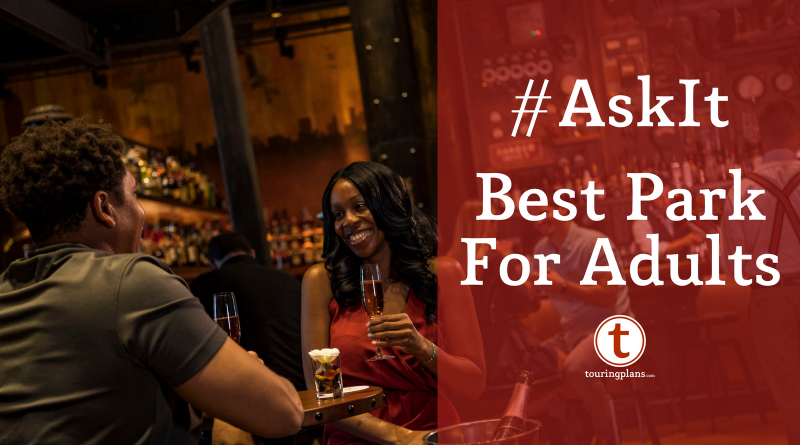 Hollywood Studios got much more kid-friendly with the opening of Toy Story Land, but where do the adults go? Today’s question is:

Which Walt Disney World park is best for adults?

Talk about why in the comments.

Last week, we posed a few question here on the blog and on Twitter.

Your choice for best overall park food other than Epcot at Disney World was overwhelmingly Animal Kingdom, which took 2/3 of the votes. Magic Kingdom was a distant second with 24% of the vote, and Hollywood Studios, well let’s just say very few of you think food is the draw there.

It was a good week for France! On Twitter, 37% of you said you’d celebrate Bastille Day with a Grand Marnier Slushie. And if you were still hungry following Les Bleu’s World Cup win the next day, 27% would have some crepes.

If you’d like to be the one asking us questions, TouringPlans’s Brian McNichols jumped on the Instagram Questions bandwagon this week and hosted an Ask Me Anything in our Stories. Just follow us on Instagram to join the fun. If none of that made any sense to you, just find your nearest teenager to get up and running. You can also get a sample of our Instagram feed each week from Angela Dahlgren.